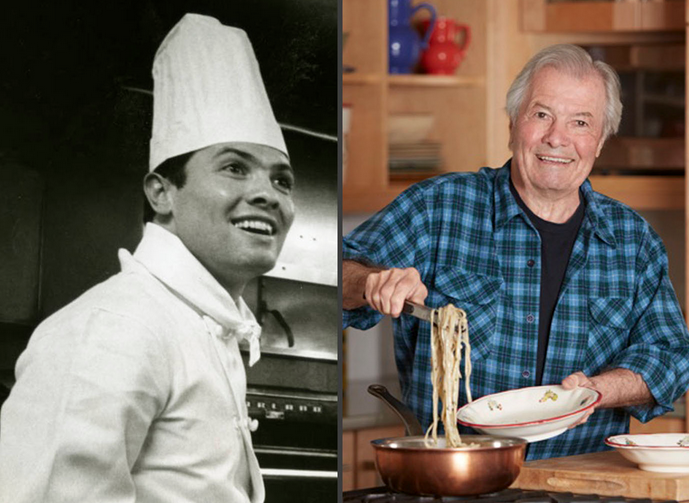 The Gold Coast Arts Center and Gold Coast International Film Festival will be hosting chef Jacques Pépin at a film and food tasting event on Thursday, May 4.

The guests will begin arriving at 6:30 p.m. Then, attendees will head to Lola, a Great Neck restaurant, to try food inspired by Jacques Pépin.

From there they will go to Bowtie Cinemas to watch “American Masters: Jacques Pépin – The Art of Craft,” before it airs on PBS on May 26.

“He has a history as a chef that’s unparalleled,” said Regina Gil, director of the Gold Coast Arts Center. “In addition to that, he doesn’t give himself air…. He wanted to come for the public.”

Chef Michael Ginor of Lola in Great Neck will create 15 to 20 different dishes with wine, according to event organizers. While the food will be true to the recipes of Jacques Pépin and “very French traditional,” they said, it will be a surprise.

“One doesn’t tell a chef what to prepare,” Lauren Wagner, director of marketing and development for the Gold Coast Arts Center and International Film Festival, said with a laugh.

The event will feature a question and answer session moderated by Ginor, where the audience can ask Pépin an array of questions. There will also be a raffle for a basket of Pépin-inspired goods and a live auction of the chef’s coat.

While anyone could eventually watch the show from home, Wagner noted, people here have the opportunity to socialize, taste the food, and actually speak with Pépin.

“The whole idea of bringing people together suits us,” Gil said.

Regina Gil, executive director of the Gold Coast Arts Center, described this event as “artistic on many different levels.” She said it will appeal to lovers of food, which has become its own art-form, film buffs and others.

“We’re actually very proud that we were able to bring him out here for people that are fans,” Gil said. “The only thing I regret is that there are no 500-seat theaters.”