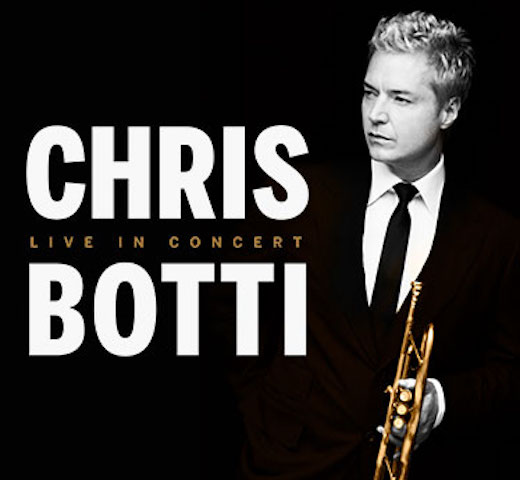 American trumpeter and composer Chris Botti will take the stage at The Paramount on Friday, July 13 at 8 p.m.

Since the release of his 2004 critically-acclaimed CD, When I Fall In Love, Botti has become the largest-selling American instrumental artist.

His success has crossed over to audiences usually reserved for pop music, and his ongoing association with PBS has led to four No. 1 jazz albums, as well as multiple Gold, Platinum and Grammy Awards.

Performing worldwide and selling more than four million albums, Botti has found a form of creative expression that begins in jazz and expands beyond the limits of any single genre.

Hitting the road for as many as 300 days per year, the trumpeter has also performed with many of the finest symphonies and at some of the world’s most prestigious venues from Carnegie Hall and the Hollywood Bowl, to the Sydney Opera House and the Real Teatro di San Carlo in Italy.

Impressions is the latest in an impressive parade of albums since When I Fall In Love, including To Love Again: The Duets (2005), Italia (2007), and the CD/DVD Chris Botti in Boston (2009), that has established Botti as a clarion voice in the American contemporary music scene.

To purchase tickets to the concert, go to www.paramountny.com. The Paramount is located at 370 New York Ave. in Huntington.