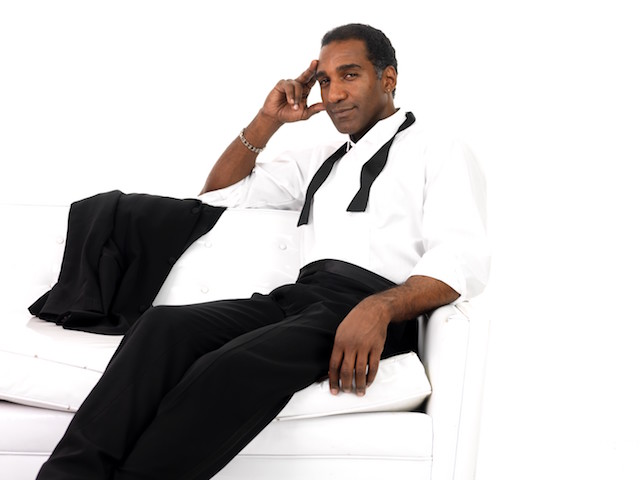 Grammy winner Norm Lewis takes a night off from his dastardly deeds as off-Broadway’s newest Sweeney Todd to spend Friday night, April 28 at the Jeanne Rimsky Theater at Landmark.

Lewis, who stepped into the role of the Demon Barber of Fleet Street at the Barrow Theater on April 11, is reprising a role he’s played in regional theater.

Landmark’s concert-goers can expect the same powerful voice and commanding presence that have made Lewis a star of stage, screen and television.

In May of 2014, Lewis made history as first African-American Phantom in “The Phantom of the Opera” on Broadway.

He has been seen on PBS in the Live From Lincoln Center productions of “Showboat” with Vanessa Williams, “Norm Lewis: Who Am I?” and “New Year’s Eve: A Gershwin Celebration with Diane Reeves,” as well as American Voices with Renée Fleming and the PBS special “First You Dream — The Music of Kander & Ebb.”

His television credits include roles in “Chicago Med,” “Gotham,” “The Blacklist,” and “Blue Bloods,” as well as a recurring role as Senator Edison Davis on the hit drama, “Scandal.”

Lewis has received Tony, Drama Desk, Drama League, and Outer Critics Circle award nominations for his performance as Porgy in the Broadway production of “The Gershwins’ Porgy & Bess.”

Other Broadway credits include “Sondheim on Sondheim,” “The Little Mermaid,” “Les Misérables,” “Chicago,” “Amour,” “The Wild Party,” “Side Show,” “Miss Saigon,” and The Who’s “Tommy.”

On film, Lewis has appeared in “Winter’s Tale,” “Sex and the City 2,” “Confidences,” “Preaching to the Choir,” and the upcoming film, “Magnum Opus.”

His solo debut album, This is The Life, can be found on Amazon.com as well as cdbaby.com.

Tickets for Norm Lewis are available through Landmark’s Box Office, 516-767-6444 and online at www.landmarkonmainstreet.org.

The concert sponsored by Paula Kaminsky Davis and the Fay J. Lindner Foundation.

Dim the Lights series is sponsored by Susan Isaacs and Elkan Abramowitz, Jane and Marty Schwartz, Judy and Morton Sloan, Bank of America and the firm of Capell, Barnett, Matalon & Schoenfeld.