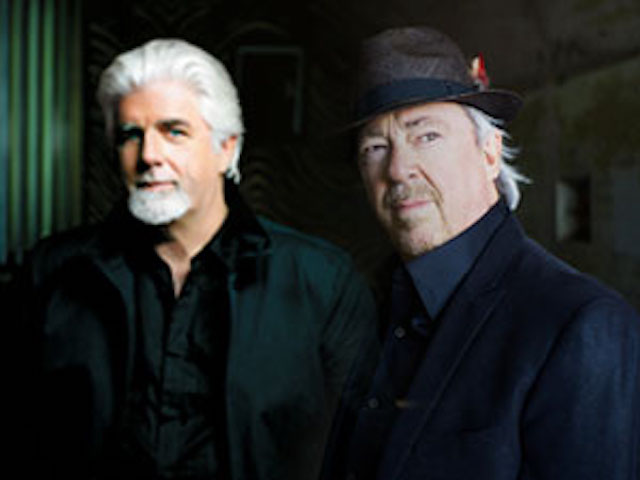 Two notes — that’s all it takes to recognize the voice of Michael McDonald.

Distinctive and soulful, it is one of the most yearningly emotive instruments of our times.

Adding his formidable songwriting and keyboard skills, and you have an artist who has been a singular musical presence for four decades.

In 1976, he joined The Doobie Brothers and remained an integral member until 1982, after which he released the first of eight solo albums.

From ‘70s-era Doobie Brothers classics, such as “What A Fool Believes,” and solo hits like “I Keep Forgettin’,” through two highly-acclaimed Motown albums, guest spots and innovative concept shows, the five-time, Grammy Award-winning McDonald is both timeless and ever-evolving.

During his career, he has collaborated with a number of other artists, including Kenny Loggins, David Cassidy, Van Halen, Patti LaBelle, The Winans, Aretha Franklin, Toto, Grizzly Bear and Thundercat.

He has also recorded for television and film soundtracks.

On Wednesday, July 5 at 8 p.m., McDonald will be performing in concert with fellow music legend Boz Scaggs at The Paramount.

Fans who have followed Scaggs’ remarkable career dating back to the late sixties with the Steve Miller Band, his solo triumphs with such classic albums as Silk Degrees (1976) and Middle Man (1980), and the splendid assurance of late-period high points like Some Change (1994) and Dig (2001), will instantly recognize Scaggs’ characteristically deft touch as a singer.

His top singles include the hits, “Lido Shuffle” and “Lowdown,” which peaked at No. 2 on the Billboard 200.

Today, Scaggs continues to write, record music, and tour, with his upcoming joint appearance with McDonald.

For more information about this upcoming event, call 631-673-7300 or go to www.paramountny.com.

For more information about the artists, visit www.michaelmcdonald.com and www.bozscaggs.com.