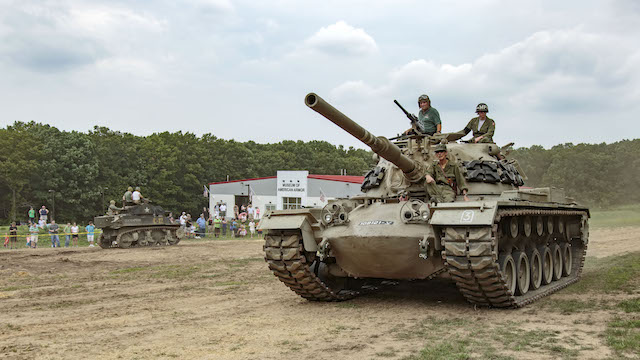 On Saturday and Sunday of Labor Day weekend, Sept. 1 and 2, between the hours of 10 a.m. and 3 p.m., the Museum of American Armor at Old Bethpage Village Restoration will present “Tanker Tactics,” putting tanks in the field to honor GIs who have served in America’s armor divisions.

The program will showcase a variety of tanks used by American military forces over the decades including a Cold War M48 Patton tank, a WW II Sherman tank, a U.S. Marine tank and a M18 Hellcat tank destroyer, as well as halftracks, a British Bren Carrier and other tracked military vehicles.

“Tanker Tactics” is made possible, in part, through the support of PSEG Long Island, Amtrust Title, Squad Security and Bethpage Federal Credit Union.

The Museum of American Armor is located at 1303 Round Swamp Road in Old Bethpage and is open Wednesday through Sunday, 10 a.m. to 4 p.m.

Admission donations are $13 for adults and $8 for seniors, veterans and children between the ages of 5 and 12.

For more information, go to the museum website at www.museumofamericanarmor.org