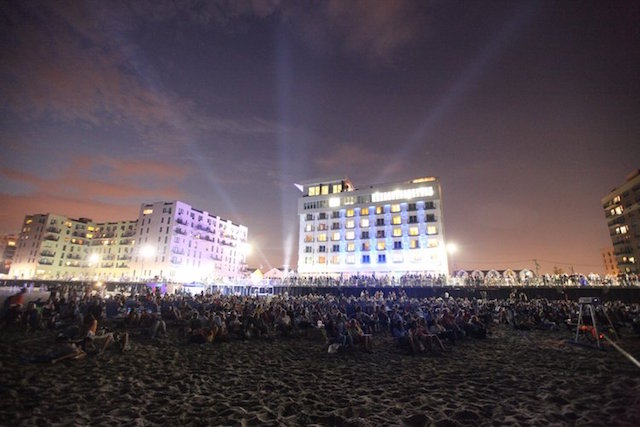 The Long Beach International Film Festival kicks off next week, with a diverse lineup of feature-length documentaries, feature-length narrative films and short films that will run from Tuesday, Aug. 1 to Friday, Aug. 4.

Ever since its inception in 2012, the Long Beach International Film Festival has set up an entertainment hub on the shore of Long Beach, reimagining a summer night filled with entertainment.

In Manhattan’s backyard, the festival hosts many film fanatics and culture junkies from around the world to experience film and more on the oceanfront.

The four days consist of food events, film screenings and panels, a casino night, and a unique opportunity to watch films under the stars.

The opening night film, “In Search of Fellini,” written by actress Nancy Cartwright, who is the voice behind Bart Simpson, focuses on a shy and sheltered girl who discovers the delightfully bizarre films of Federico Fellini, and sets off on a journey across Italy to find him.

Starring Ksenia Solo (“Black Swan”), Golden Globe Nominee Maria Belo (“A History of Violence”), and Mary Lynn Rajskub (“24”), the film is semi-autobiographical, inspired by Cartwright’s early years, as she travelled to Italy before establishing herself in Hollywood. 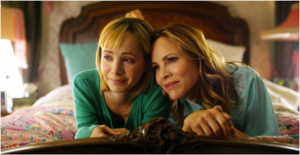 Photo from “In Search of Fellini”

“Julian Schnabel: A Private Portrait” is a documentary about the celebrated artist and filmmaker directed by Pappi Cosicato.

The film surveys Schnabel’s life, diving deep into his childhood and later years as a successful artist and film director.

The footage, both new and old, includes snapshots of Schnabel at work in his studio and includes interviews with family members, as well as renowned celebrities including Jeff Koons, Bono, and Al Pacino.

Steve Coogan and Rob Brydon, who starred in the uproarious road trip films, “The Trip” (2010) and “The Trip to Italy” (2014), are back with “The Trip to Spain,” as the comedic pair rates Spanish restaurants while eating and drinking their way through the country.

This delectable, new film in the series directed by Michael Winterbottom will be screened on Thursday, Aug. 3, 6:30 to 8:30 p.m., at the Long Beach Hotel.

“Gold Balls” is an inspiring film about the ageless human spirit inside the competitive world of Ultra Senior Tennis.

This uplifting and quirky documentary is centered around 80-year-old athletes as they travel the country in pursuit of a National Championship tennis title.

“Chuck” is based on the true story of New Jersey heavyweight boxer Chuck Wepner and stars Elisabeth Moss, Naomi Watts, Ron Perlman and Liev Schreiber as the titular character.

Chuck’s journey served as inspiration for the “Rocky” film franchise, and his boxing career includes rounds with Muhammad Ali and Randy Neumann.

Bringing a whole new meaning to dinner and a movie, the sixth annual festival is bringing back Taste on the Beach, with a wide variety of food, craft beer and wine from more than 40 of Long Island’s renowned restaurants, distilleries, wineries, and breweries in a beach-chic atmosphere.

A sampling of items to be served at Taste on the Beach include chicken valdostana from Mio Posto, spanakopita from Athenian Greek Taverna, ceviche from Verde Kitchen & Cocktail, and lobster rolls from Coastal Kitchen & Daiquiri Bar.

This event will take place on closing night, Friday, Aug. 4, 6-9 p.m., at Beachfront at National Blvd.

This year, the festival is introducing a new and intimate food event, Chefs & Shorts presented by Devour!, a six-course, locally-sourced dinner and wine pairing event, with dishes inspired by short films and prepared by highly esteemed chefs.

This rare dinner experience inspired by film will take place at 7 p.m. on Wednesday, Aug. 2 at the Allegria Hotel Ballroom at 80 West Broadway in Long Beach.

If you would like more information about the schedule of events and a complete list of film screenings, visit www.longbeachfilm.com.