A dogged journalist, Tur emerged as a breakout broadcaster in 2016 while covering the entirety of the Trump campaign across all platforms for NBC News and MSNBC.

In her 18 months covering the 2016 presidential election, Tur conducted multiple in-depth interviews with then-candidate Donald Trump from his campaign headquarters.

While on the road, she set foot in over 40 states and logged nearly 4,000 live television appearances. 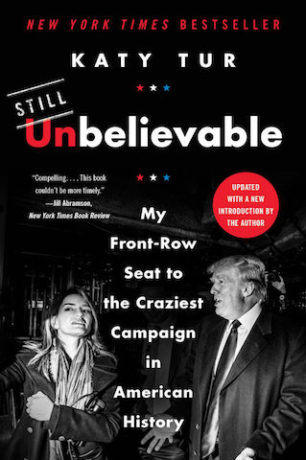 Tur released “Unbelievable: My Front-Row Seat to the Craziest Campaign in American History” in September 2017, which debuted on the New York Times best-seller list.

Tur will be in conversation with Mark Lukasiewicz , the new dean of the Lawrence Herbert School of Communication at Hofstra University. He is a 38-year veteran of journalism and television news, serving as a reporter, producer and executive in major news organizations in Canada and the United States.

Tur is a native of Los Angeles and graduate of the University of California Santa Barbara.

The event will take place at the Cinema Arts Centre, located at 423 Park Ave. in Huntington.

Tickets, which are $30 for members and $35 for the general public, include a copy of Tur’s book.

For more information and to buy tickets, go to www.cinemaartscentre.org.