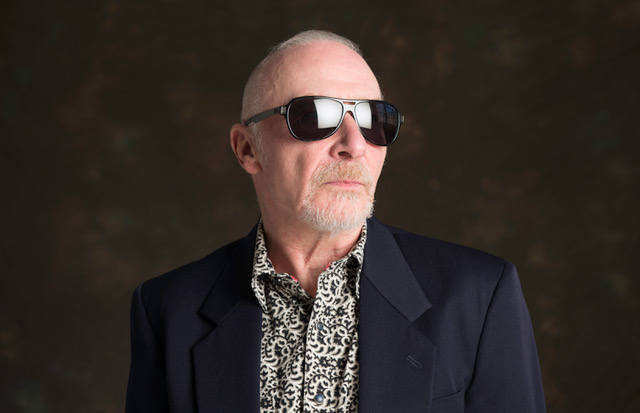 Since the 1970s, British singer, songwriter and guitarist Graham Parker’s signature sound and searing song lyrics have earned him a rightful spot in the annals of influential rock ‘n’ roll artists.

Growing up in England during the 1950s and ‘60s, Parker came of age as many fellow English rock and rollers were making their marks not far from his hometown of Surrey.

As a budding musician, he rode the tide from the London pub rock scene through the rise of punk and beyond — all while staying rooted in his love of American R&B, country and soul music.

Parker is currently on a 20-city tour to mark the album’s 40th anniversary that will bring him to My Father’s Place at the Roslyn Hotel for a live performance on Saturday, May 18, at 8 p.m.

While spending a few busy days in New York City, the rock legend who recorded the song, “Don’t Ask Me Questions,” answered a few of Blank Slate Media’s questions in an email interview last week about his storied career that took him back to his earliest remembrances of the music that made him want to become a performer.

“We often had the transistor radio on in my home and heard mostly American pop acts — Bing Crosby, Doris Day, Danny Kaye,” Parker recalled. “All that was informative, but when the Beatles, the Stones and all the beat groups arrived, we knew we had our own music.  That was the beginning, when many kids got hold of musical instruments and took a real interest.  We kids formed bands right away, but I’d just call them ‘dress up’ bands really, haircuts and all.”

Those childhood days when Parker says he and his friends were “too lazy” to actually learn how to play music changed in the years to come after he quit school, left home and traveled to places from the Channel Islands to Gibraltar.

“When I was about 18, I started to take the guitar and writing more seriously, but never had lessons.  I just messed around until I very slowly began to get somewhere with it,” Parker said. “All the traveling I did exposed me to different people and therefore different types of music (that were) all very useful.”

Parker eventually moved back home to England in 1972 and decided to pursue music as a career, making contact with people like fellow guitarist Noel Brown and band manager Dave Robinson that would lead him to his famed back-up band, the Rumour.

“Dave Robinson had a small studio, and as soon as I met him he’d get me in there recording demos, but he was already overseeing the musicians who became the Rumour, my backing band,” Parker said. “He thought they’d be perfect to back me and apart from Noel Brown, who had more or less led me to Dave, I’d never been near musicians of that quality.  It was a no-brainer that we could work together.”

Graham Parker and the Rumour got their start in London’s pub rock scene in the mid-‘70s, a time many consider the golden age of rock ‘n’ roll, that quickly landed the band its first record label.

“No one I knew had heard of pub rock, including myself, and it was only after spending time with the Rumour that I began to learn of this rather obscure music scene,” Parker said. “Probably because of my backing band, I had immediate attention from certain areas of the music press, because they knew these musicians from previous incarnations.  Of course, it was very exciting for me to find myself with a crack band and a record deal in no time flat, but I was already convinced that my songs deserved that attention.”

These early songs from Parker and the Rumour’s first two albums released in 1976, Howlin’ Wind and Heat Treatment, were praised by critics and reflected Parker’s early music influences. 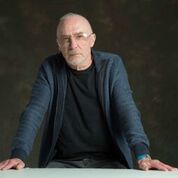 “It’s not hard to hear a whole range of styles in that first album,” he said, “going back to some of the swing I would have heard on the radio when I was really young and the soul and R&B stylings that came later. It’s all in there.”

The band went on to appear on the BBC network in 1977, placing it further into the rock music spotlight, but Parker took it all in stride as a burgeoning musician.

“I don’t consider that I ever hit it ‘big,’” he said. “I just kind of crept around the edges of things attracting enough people who enjoyed the music.  But each of the early records sold a bit more than the last and the venues got to be theater-size and that was very satisfying.”

The late ‘70s ushered in punk rock and while Parker is often included in that era, he chose to make his own mark and stay true to his music roots.

“Looking back on punk, I see it now more as performance art,” he said.  “There was some good work in it, more by luck than anything else.  I’ve always felt like I was in a field of one, so I just carried on and continue to do the same, regardless of what else is going on.”

1979 saw the release of Parker and the Rumour’s fourth album, Squeezing Out Sparks, with notable songs like “Discovering Japan” and “Local Girls,” that have earned it inclusion in several of Rolling Stone’s all-time top album lists.

As is the case with many rock bands that split up, Parker parted ways with the Rumour in 1980 and embarked on a solo career over the next three decades, producing a steady stream of albums and hits like “Wake Up (Next to You).”

In recent years, he reunited with the Rumour to record two more albums in 2012 and 2015, before collaborating with the Goldtops on the 2018 release of Cloud Symbols.

Given the album’s airy title and with songs like “Dreamin’” and “Is the Sun out Anywhere,” one might think the artist who delivered hard-hitting tracks over the years, particularly the retaliatory “Mercury Poisoning,” may have evolved into a mellower, more reflective musician, but Parker says otherwise about the creation of the album.

“Cloud Symbols is a case of picking songs I was working on at the time and leaving other songs, often partially finished, out of the mix.  After finishing about five songs that seemed to fit together, I crafted my writing towards a textural consistency. I didn’t think about being ‘mellower’ or ‘mature’ … I just wanted something that I’d like to listen to now, coming from me. I deliberately steered away from aggression. I don’t usually have that much discipline and was pleased with the result.”

Now, with the Squeezing Out Sparks anniversary release, Parker is back on the road, playing these classic songs for old and new audiences from Berkeley, California, to his upcoming performance in Roslyn.

“The tour has been flowing very well,” Parker said, with several sold-out shows. “I’ve played many songs from this album over the years so it’s normal for me, but I am leaning quite heavily on those songs for this tour.”

In addition to his music, Parker has a number of other professional accomplishments. He wrote three books, recorded a Jack Kerouac audiobook, had a documentary film made about his life, and appeared in the 2012 Judd Apatow film, “This is 40,” performing with the Rumour upon their reunion.

“’This is 40’ was a blast, every minute of it,” Parker said about his Hollywood experience.  “Having my makeup done whilst sitting next to the likes of Albert Brooks and John Lithgow felt utterly surreal.  What impressed me the most about all the actors in the movie was their tireless work ethic. People might think of Hollywood stars as having it easy, swanning around the place being vain, but everyone was up early in the morning and often finished well into the night, working hard to do the best job possible.”

We finally asked the rock legend who had Bruce Springsteen contribute to one of his albums, collaborated with musicians from Blondie to the B-52s, and recorded the songs of Pink Floyd and his beloved Beatles, what he considers the stand-out moment in his music career.

“Hearing Bob Dylan introduce one of my songs, ‘Back to Schooldays,’ on his radio show, ‘Theme Time Radio,’ and saying nice things about it was fantastic, most certainly a high point,” he said.

For tickets to see Graham Parker in concert, go to www.myfathersplace.com.