Home Entertainment The music of the Beatles via Roslyn 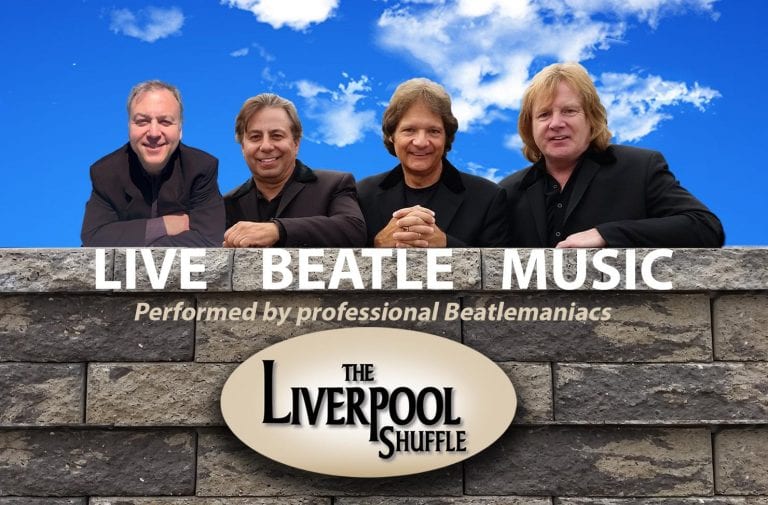 Main Street, Roslyn may not be Abbey Road, and the Gristmill may not be Penny Lane, but at 6 pm on July 22, the Greater Roslyn area will be turned into Strawberry Fields. That’s the date that the Roslyn Chamber of Commerce will present a free Beatles concert, featuring Long Island’s leading Beatles Band, The Liverpool Shuffle.

In previous years, the Summer Concert has taken place at Gerry Park, but this year, due to covid restrictions, this fabulous concert will be streamed live free to anyone who has a smart t.v., computer, smartphone or tablet.

From the comfort of your own home, you can see one of the most dynamic groups in New York perform dozens of your Beatles favorites, including songs from Abbey Road, Sgt Pepper, Magical Mystery Tour and much more.

The members of the Liverpool Shuffle are all avowed Beatlemaniacs and it shows! J

oe Refano saw the Beatles at Shea Stadium in August of 1966 and performed with Peter Noone and Hermit’s Hermits and Mickey Dolenz of the Monkees.

Andrew Lubman was handed his diploma from Berklee College of Music by Sir George Martin. Jamie Bateman’s family is from Liverpool and is a fifth cousin to Ringo. Brian James has provided his drumming and great voice for numerous Beatles bands.

Our area has gone through a lot over the past 16 months. Music is finally returning all over the Island, and this Beatles concert is a great  way to relax with the entire family. Grab the kids, sit down, have some drinks and food, and enjoy an exciting night of music.

The Summer Beatles concert is brought to you free by the Roslyn Chamber of Commerce, supporting local businesses throughout the area. For information on joining the chamber, go to [email protected].

To see the free concert, register today at https://yourshow.live/liverpool-shuffle-rcc .You will be sent a link that can be used to watch the show at 6pm on July 22nd.