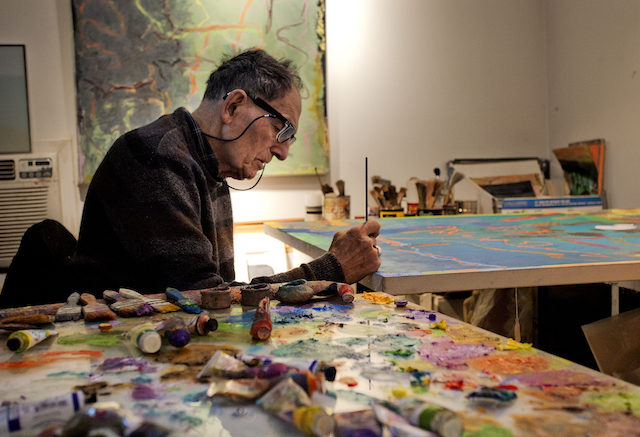 An exhibition originally planned in tribute to Stan Brodsky will go on as planned, and serves as a poignant remembrance and appreciation for the late artist, who passed away on March 30 at age 94.

“Stan Brodsky and Friends” pays homage to the man who inspired the 27 artists whose works are also in this exhibit. Brodsky will be sorely missed, but his legacy carries on in the artwork of those he mentored.

Brodsky has influenced the lives of several generations of artists, first as a professor of art in his 31-year tenure at C.W. Post, LIU, as an instructor at the Art League of Long Island, and as a celebrated artist whose works have been shown throughout the United States.

The “Stan Brodsky Papers,” a collection of his notes and sketches from 1951 to 2004, can be found at the Smithsonian Institute.  Originally born in Greenwich Village, Brodsky became a Long Islander with his move to Huntington in 1965.

The exhibit is on view in the Art League of Long Island’s Jeanie Tenglesen Gallery from April 13 through April 28.  The opening reception is on Sunday, April 14, 3:30 to 5:30 p.m.

The Art League is located at 107 East Deer Park Road in Dix Hills.  For information about classes, exhibits, and events, call 631-462-5400 or visit www.artleagueli.org.