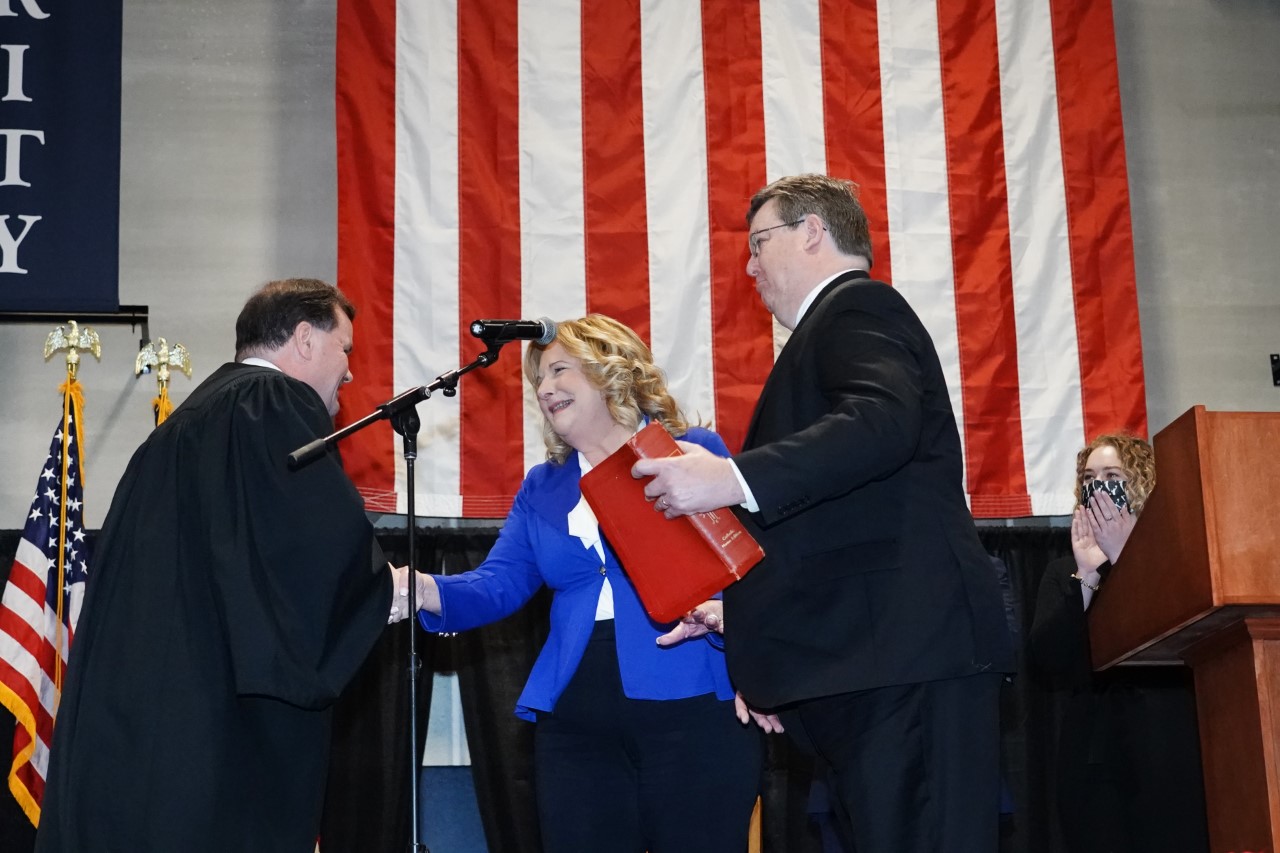 Nassau County’s new District Attorney, Anne Donnelly, was inducted into office in a ceremony at the David S. Mack Center for Training and Intelligence. The program included an inspiring video, which detailed Donnelly’s background, priorities and vision for the top prosecutor’s office. The parent of a crime victim participated in the ceremony, as well as a law enforcement official and members of the clergy. Entertainment was provided by Sal “The Voice” Valentinetti, as well as the NCPD Blue Lion Band and the Department’s Pipes and Drums. Finally, District Attorney Anne Donnelly discussed her plans to make Nassau County the safest community in which to live, work and raise a family.

The District Attorney’s speech focused on a variety of themes. She spoke of the honor of public service, as well as the tradition of government service in her family. Donnelly’s father was a court officer, her brother was a Marine Corps Fighter Pilot and one of her sisters is a former FBI agent. Nassau’s top law enforcement officer also said that she intends to inspire young attorneys to embrace the rewards of public service as prosecutors in the Nassau District Attorney’s Office. Despite the long hours, hectic schedule and the challenge of trying to offer competitive salaries, the District Attorney said that young attorneys should not be discouraged. Indeed, the D.A. shared an account of her 32-year career at the office, which she described as profoundly rewarding and fulfilling.

The top prosecutor detailed her decision to seek the District Attorney’s job, despite the fact that she never held public office previously. Donnelly indicated that recent changes to bail and discovery laws in Albany, which she believes have gone too far, made the job of prosecutors and law enforcement officers more difficult. Additionally, the laws have severely limited judicial discretion and have made our communities less safe, according to the D.A. Indicating that she would work with other District Attorneys around the state, Donnelly said she is eager to seek changes to the State’s bail and discovery laws. The chief law enforcement officer also noted that she will work to keep neighbors safe and effectively prosecute crimes within the confines of the existing law.

Donnelly also noted that two adages kept nagging at her, helping her to make the decision to run. Her father often told her, “do the right thing, and the right result will follow.” The career prosecutor said that she felt that seeking the D.A.’s position was the right thing to do for Nassau residents. Further, Donnelly referenced the famous quote, “if not you, then who. If not now, then when?” She said that both adages spoke to her on a personal level, comprising a calling and a responsibility to run for the top prosecutor’s job. She also said that this was the right time in light of extreme bail and discovery laws that have come out of the State Capitol.

The new D.A. talked about her commitment to the imperatives of justice, compassion and equity. She said these ideals will be a call to action for the attorneys in her office. Holding persons accountable for their actions is at the core of justice and equity, according to Donnelly. At the same time, she observed that those who are experiencing the horrors of drug addiction, alcohol addiction or gambling addiction, deserve our compassion and assistance.

“We live in the greatest country in the world, with the greatest court system in the world,” said Donnelly. “Prosecutors, the defense bar, and the judiciary – we must all work together to arrive at a just outcome. Justice, equity and compassion are principles that will guide me as District Attorney.”

Donnelly talked about areas that were in need of additional attention and resources in the District Attorney’s Office, and the new chief law enforcement officer said she was dedicated to meeting the challenge in those areas. In particular, the D.A. mentioned that technology crimes have been on the rise and require more resources in order to bring criminals to justice. She said that senior citizens have been a popular target of these crimes. Donnelly promised to bolster resources and present informational seminars to help neighbors prevent becoming victims.

What’s more, Donnelly talked about her intention to offer more assistance and support for those who have fallen prey to the scourge of drug addiction. At the same time, she pledged to vigorously pursue gangs and the people who sell “poison” in Nassau.

“We will push for treatment court and healthcare options for the people who need it,” announced Donnelly. “But, mark my words, we will fight very hard against the gangs and people selling this poison in our communities.”

The new D.A. said that she will continue to dedicate herself to the principle of “blind justice,” promising to pursue justice without consideration of race, gender, religion, political affiliation, economic status or any other factors aside from the facts in each case.

“I start every day by reflecting on my dad’s quote, ‘do the right thing, and the right result will follow’,” concluded Donnelly. “I know that Nassau will continue to be a safe community and a great place in which to live because of the people in the Nassau District Attorney’s Office, all of whom share my commitment to ‘doing the right thing’.” 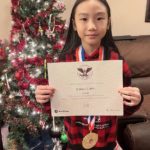