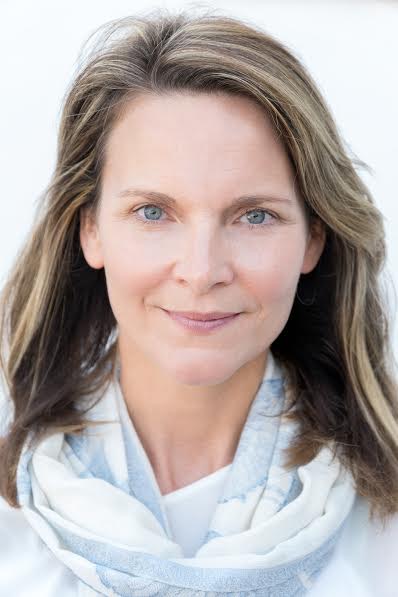 Does Amazon.com care about the rainforest? Is TruGreen really good for our ecosystem? Are Shell and ExxonMobil really investing in renewables? Does TerraCycle “recycle everything?”

Welcome to the world of greenwashing. Greenwashing is a term used to describe misleading statements made by corporations with the aim of deceiving consumers into believing their products are environmentally friendly. When I first heard about the New Jersey-based TerraCycle, I was truly smitten with it. My first thought was: “Wow, there is a magic bullet to the plastic problem.” Second observation while browsing the site online: “They really do seem to accept everything from dirty diapers to cigarette butts.” Doubtful, I pondered, so all I have to do is buy this really expensive box and ship my trash to TerraCycle?

Fortunately, I have a tendency to research and by now I have learned that if something sounds too good to be true, it often is too good to be true. TerraCycle is indeed yet another form of greenwashing and wish-cycling. Wish-cycling is used to describe behaviors of throwing things into the blue or green recycling bin that really aren’t recyclable.

On a practical note, here in the Town of North Hempstead only #1 (PET) and #2 (HDPE) plastics are accepted curbside. You’ll find the number for your product inside the chasing arrow triangle symbol, typically at the bottom of the container. And please rinse the yogurt container or risk that the entire load of recyclables ends up in a landfill or what’s worse incinerators, releasing greenhouse gases that accelerate global warming.

TONH recently started accepting #5 (PP) or polypropylene plastics, the type of hard plastics often used by restaurants for take-out, but you’ll have to drive and drop those off Sundays at 999 West Shore Road, Roslyn. Knowing this, when I’m at the grocery store I try to stick with only #1 and #2 plastics for my packaged goods, while also aware that recycling isn’t a real solution to the plastic problem.

Sorting stations and recycling facilities can’t keep up with the waste stream. It’s estimated that more than 91 percent of the plastics we’ve made on Earth have not been recycled. Furthermore, less than 2 percent of plastic packaging is effectively recycled. Most plastics are down-cycled, or lose their value upon recycling and end up in the natural landscape or in landfills as there’s a limited number of cycles for use. Incinerators or pyrolysis don’t solve the problem, as the burning or melting of plastics releases toxic fumes and pollutes the already aching biosphere.

The average useful time of single-use plastics is typically a few minutes, while plastics’ lifetime is infinite in human years. Of the billions of tons of plastic made to date, it’s clear that it doesn’t break down, but rather breaks up into microscopic pieces that further disintegrate with time into nanosize particles. The bio-accumulation of nanoplastics and co-contaminants has opened up a new field of study where scientists are looking into the molecular effects and toxicity at the cellular level. It turns out many plastic additives are known endocrine disruptors, carcinogens and neurotoxins.

Regardless, a million plastic bottles are sold a minute. Snapple recently redesigned its  bottle and boastfully claim that the “new look is more sustainable.” The bottleneck is that its formerly glass bottled beverage is now sold in plastic. They attempt to sanitize their image by convincing the consumer that they’re eco-friendly in using “100 percent recycled plastic.” But how’s making more of this problematic product now a solution? Meanwhile, glass and metal are infinitely recyclable. If aluminum cans are more eco-friendly, why are we still stuck on plastic?

Yes, you may have guessed it. It’s cheap to make plastics. It’s profitable for big business. But it’s definitely not worth it if you live near the polluting power plants or in the global South that has served as our dumping grounds for way too long. We’ve been shipping our waste overseas for decades. It’s wishful thinking to imagine that less developed countries have the technology and infrastructure to recycle our non-recyclables. That’s why grassroots activists have been chanting “There is no away!”

The inexcusable scam to rid wealthy countries of their waste at the cost of less affluent nations which don’t have the infrastructure to process this trash must stop today. It’s criminal behavior. I’m not exaggerating here. Just read the recent Interpol report where it’s stated that illicit waste trade is worth $10-$12 billion per year. That’s equal to the profit made from human trafficking. Legal handlers are trusting bad actors and organized criminal networks with our trash, and they are dumping our waste illegally in regions that can’t protect themselves.

In the documentary “Recycling Myth” well-intentioned consumers were shocked to find that the products they had diligently sorted out and sent to TerraCycle actually ended up as part of the transnational waste trade and were not “recycled” as promised, but illegally dumped in Bulgaria through organized crime networks or “eco-mafia.” Very little is done to enforce the laws against illegal dumping internationally and this must change.

We must re-classify certain plastics as hazardous waste and tighten the reins on lawful export of waste. Lawsuits worked to shrink the tobacco industry. Just like cigarette makers were forced to accept the science and stop denying the fact that smoking causes cancer, the petrochemical industry must get the message through legislation and litigation that its products are harmful for public health.

Jan Dell of the Last Beach Cleanup non-profit courageously singled out TerraCycle and the big corporations they cover for such as Coca-Cola, L’Oreal and Nestle in a recent lawsuit in California. It’s definitely a case of David vs. Goliath, but it’s a start! So what can we do? We can insist on legislative changes and enforcements that help reduce our reliance on single-use plastics.

Ideally, we ban non-essential, single-use plastics. There’s real precedence for that, with India, Canada and the European Union way ahead of the United States with ambitious plans to ban certain single-use plastics. Here in New York we recently banned the plastic bag that we didn’t need in the first place, while San Francisco banned plastic water bottles years ago. Across the country, well-intentioned institutions, organizations, houses of worship and universities have proactively banned single-use plastic items.

Here’s my call for action this month. Email or call your favorite beverage company and ask them to stop producing single-use plastic bottles. The Beyond Plastics Activist network is leading a social media campaign to highlight greenwashing and bad practices. Please follow them on Twitter @BeyondPlastAct and retweet their posts. It turns out Coca-Cola, Nestle and the other main offenders really care about their social ratings so calling them out on social media platforms makes a difference.

A Look On The Lighter Side: When you need a little help navigating life
Next Article 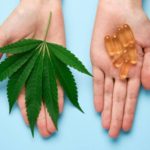