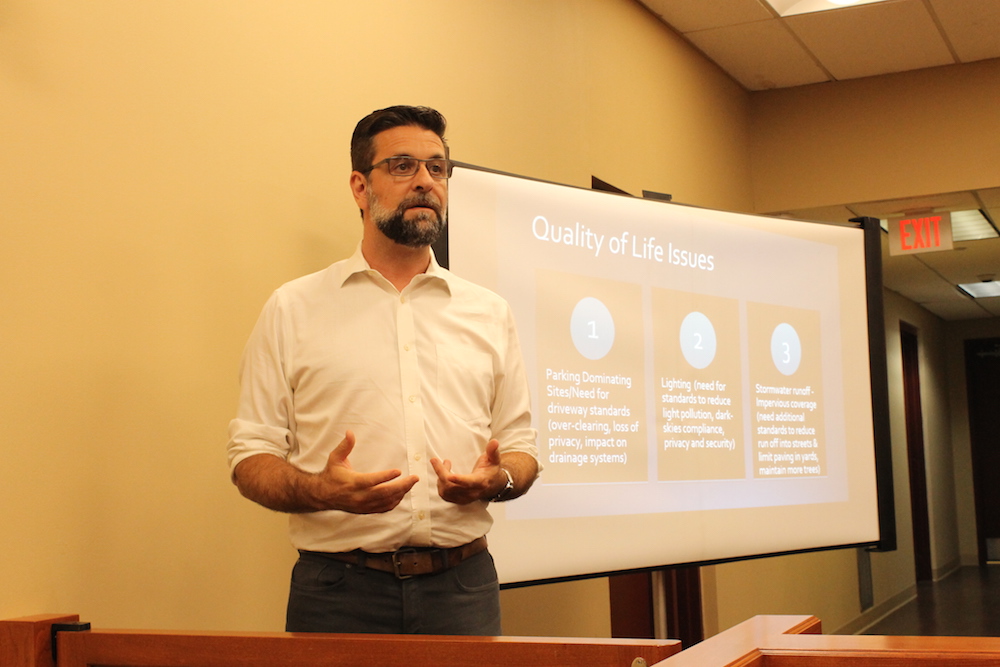 East Hills trustees held a lengthy public hearing on Thursday about potentially changing some of the village’s building, lighting and zoning codes.

Mayor Michael Koblenz opened the hearing by promising no resident would have to change anything about an existing home if the changes are approved.

“I want to stress that no change that we propose this evening will require any resident to make any change or correction to their existing home,” Koblenz said. “All changes apply to new construction or substantial construction on the entire home.”

Koblenz said the code was written about 14 years ago, but some of the wording needed to be updated or tightened to prevent design professionals from abusing the intent of the code.

“At that time, many people wanted smaller homes to maintain the character of the village and preserve against McMansions and eyesores,” Koblenz said. “They also argued flattening the land meant removing some of our beautiful specimens of trees. On the other hand, many, including from the younger generation moving into our village, said, ‘We worked hard and long to pay for our homes. They’re ours, and we should have the right to add on and meet the needs of our family within reasonable limitations.’”

The proposed changes would affect the building, lighting and zoning sections of the village code.

Koblenz said some of the potential changes include mandatory landscaping between a driveway and the neighboring property, calculating any floor above ground into the floor area ratio and more distinct regulations on driveway size and placement.

Hawkins Webb and Jaeger associate architect Michael Russo said he went through “dozens and dozens and dozens of applications” to understand the issues in the village before making his presentation.

“When we first started this study, one of the big items that came up was ‘the houses are too big.’ But ‘big’ is a relative term, and we had to understand were what was it that people were really trying to struggle with,” Russo said. “What we did find out was houses went through the process and got evaluated and measured and checked against the floor area ratio, and houses, legally, obtained a permit and were built.”

Russo said some East Hills homes appeared larger than they actually are because of large amounts of nonlivable space, such as large attics or above-ground basements, and tall exterior walls with no plane breaks on houses with ceilings more than 10 feet high.

Circular driveways, for example, will require a 40-foot front yard setback under the proposed regulations as well as a 12.5-foot maximum lane width.

The proposal also includes new regulations for impervious yard elements, meaning anything that is not vegetation and does not grow, to reduce run-off and help with drainage.

Village residents as well as Long Island architects who have worked in the village spoke out against a proposed change that any wall taller than 30 feet must have a two-foot break, forcing the second floor back, especially when it comes to renovations.

“To me, it’s overkill. It’s going too far,” architect Brian Rapp said. “I think it comes a time when you go a little too far. The diagrams show having the house centered in the middle of the property. Well, when you have an existing house, that’s not possible in a lot of cases.

“There’s so many restrictions that sometimes I’m designing for the restrictions and not for the beauty of the house. I’m just trying to make this thing fit. A new house is a completely different story, it’s from scratch and has to meet all of the codes, but I think there has to be something where you can’t put in all these restrictions for renovations when the walls are already there.”

Comments from the public about the potential changes will be accepted through 5 p.m. Aug. 18 at Village Hall. Koblenz said a second hearing will be held mid-September. 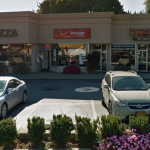