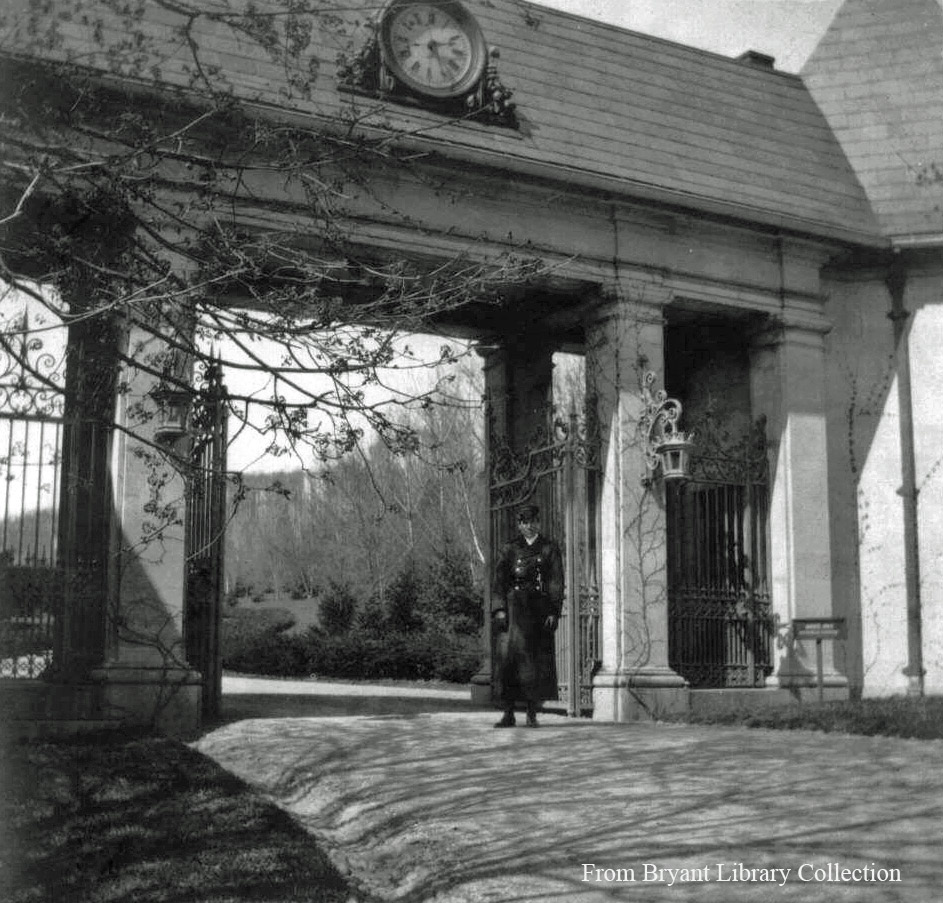 The Village of East Hills has taken over the former Mackay Estate gatehouse at Roslyn Road and Harbor Hill Road. (Photo courtesy of Bryant Library collection)

A longstanding relic of the early 1900s will now be maintained by East Hills, officials said.

An agreement between current owners Tishkon Realty of Great Neck and the village in November transferred the gatehouse to the village as well as $197,500 to restore it.

“We have now preserved one of our Village’s rarest and most valued traditions which is a part of our Village’s history,” Koblenz said. “The Gatehouse stands as the proudest symbol of our past, and the rich grandeur once enjoyed in the early 1900s.”

The property now houses “an inoperable pool, abandoned tennis courts and a parking lot with paving in disrepair,” Koblenz said.

Tishkon Realty bought the property and gatehouse in 2009 from the Country Estates Pool Club, intending to subdivide the property into six homes. While there is no plan to open the gate due to the rotting ceiling, Koblenz said the move will give Tishkon Realty the ability to continue their plan of building six new homes on the approximately 3-acre property.

“We don’t need — or want — more traffic or parking near the corner of Roslyn Road and Harbor Hill Road,” Koblenz said. “I look forward to continuing to work with our noted historian, Howard Kroplick, to ensure the safekeeping of the gatehouse.”

The Mackay estate gatehouse, also known as the Gate Lodge, was designed by Stanford White and was built around 1900. The gatehouse is a miniature version of the former main house where Mackay lived until his death in 1938. The Harbor Hill mansion was demolished less than a decade later in 1947.

Two former Mackay estate statues also still exist from the original property. One was restored and erected in Gerry Park in 2013 after an effort to restore and relocate the statue by the Roslyn Landmark Society.

The statues originally stood in the west garden of Clarence and Katherine Mackay’s 648-acre Gold Coast-era Harbor Hill estate, and remained for years after the property’s dismantling in 1947 in the backyard of East Hills residents Bruce and Melissa Shulman’s home.

When the Shulmans sold their house in 2010, they donated the statue to the Town of North Hempstead, and Village of Roslyn officials were given jurisdiction over the placement of the statue.

The second statue was removed from the Roslyn High School property in 2012 after the statue had fallen into disrepair. A community group, Friends of the Horse Tamer, has been fundraising for years to repair the relic that was originally placed at the high school in the 1950s. 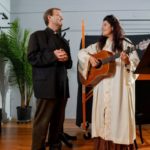