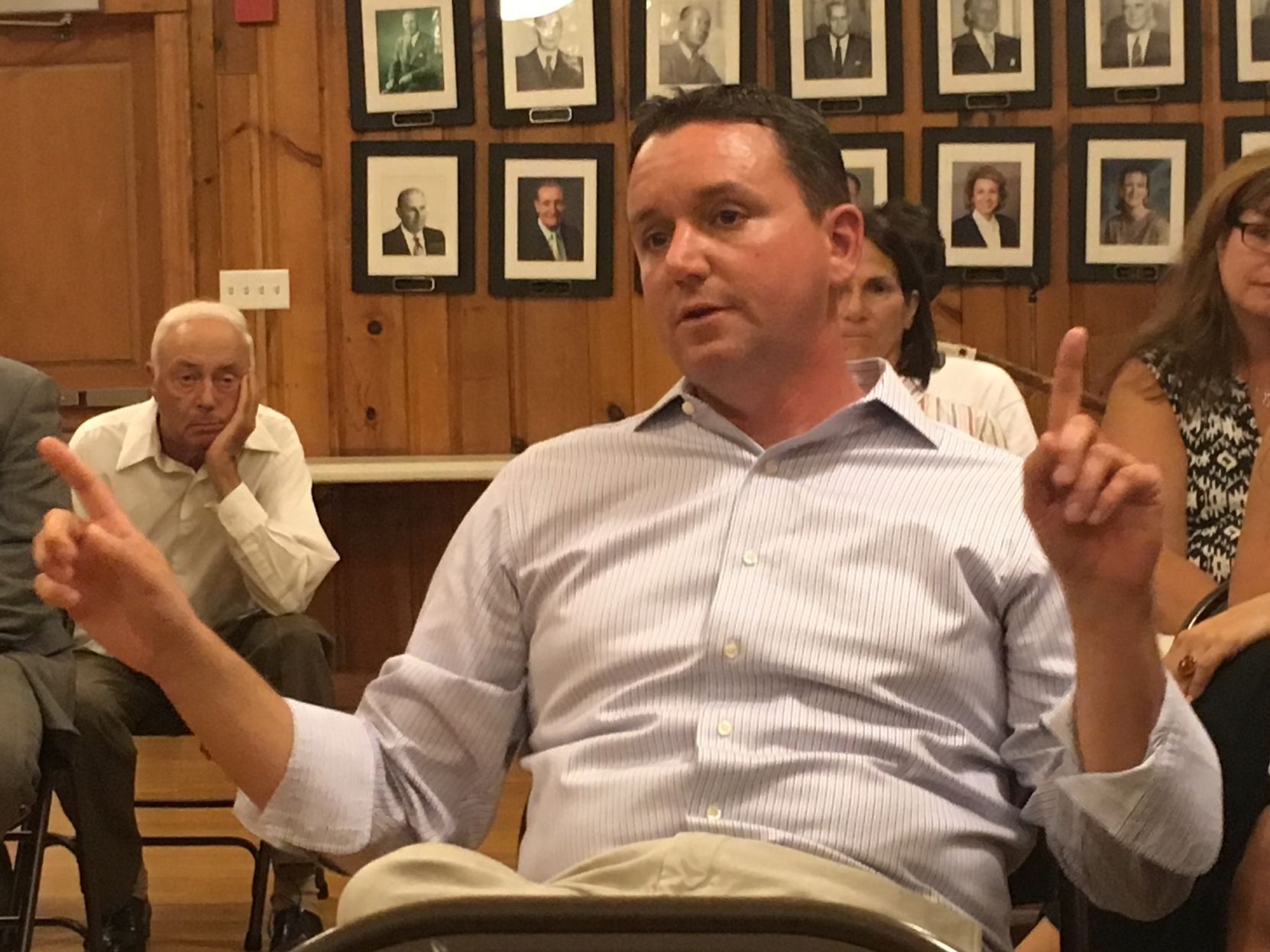 While they commended an increase in villagewide emails and the formation of a security committee, residents questioned trustees about how the committee operates and how they could be more involved.

“We’d just like some clarity,” resident Stephan Lecesse said at Monday’s Board of Trustees meeting. “At the end of the day I think what all of us want is action, results, better security. We’re not here for fame and fortune. We’re here to make our community safer.

Lecesse and five other residents sent a letter to the board last month outlining long-term steps they think the village should take to bolster security following crime spikes in the past year.

Trustees reviewed the letter “line by line” with the security committee of three residents at a meeting last month, Trustee James Iannone said.

But Leccese and other authors of the letter said they wished the board would have involved them in that discussion.

Other residents are also frustrated at a lack of feedback from trustees when it comes to security, resident John Azzara said.

“If you have a committee and they’ve seen the letter, the authors would like to see some response to that,” said Azzara, one of the letter-writers.

The village has started sending more email blasts to residents around the time it received the letter, said Mayor David Tanner, who later added that he meets with police on an “ad hoc” basis. The village is also installing surveillance cameras at Devlin Field and pursuing a federal grant for a license plate reader that scans for suspicious cars, he said.

“There is a dialogue, if you will,” Tanner told residents Monday. “You wrote to us, you took your time out and came to the meeting to hear exactly what actions what we’re taking, as well as what the committee is taking, and a lot of this outgrowth of the dialogue we’re having with the committee as well.”

Residents asked how they could engage with the committee without knowing who is on it, when it meets or what its mandate is.

Tanner declined to name the committee members out of what he said was his respect for their privacy, but Trustee Anthony Casella said it is led by former Trustee Caroline DeBenedittis.

The committee exists only to advise the Board of Trustees and was formed informally as an “ad hoc” committee, not by an official village action, Tanner said.

The committee will meet regularly with the board during its “agenda meetings,” which are open to the public, trustees said.

The village would rather have residents bring concerns to trustees so the board can address them directly, Tanner said.

“The people on the committee don’t have any more influence than you being here tonight,” Tanner told the residents.

DeBenedittis said the committee has met once on its own and once with the Board of Trustees.

Members aim to meet more than once a month and are now working to set a regular meeting schedule, she said.

“At this time we’re just beginning, in the beginning stages,” DeBenedittis said.

Also on Monday, the board approved a law requiring a permit and the presence of a village employee to open fire hydrants, and setting fines for doing so without permission.