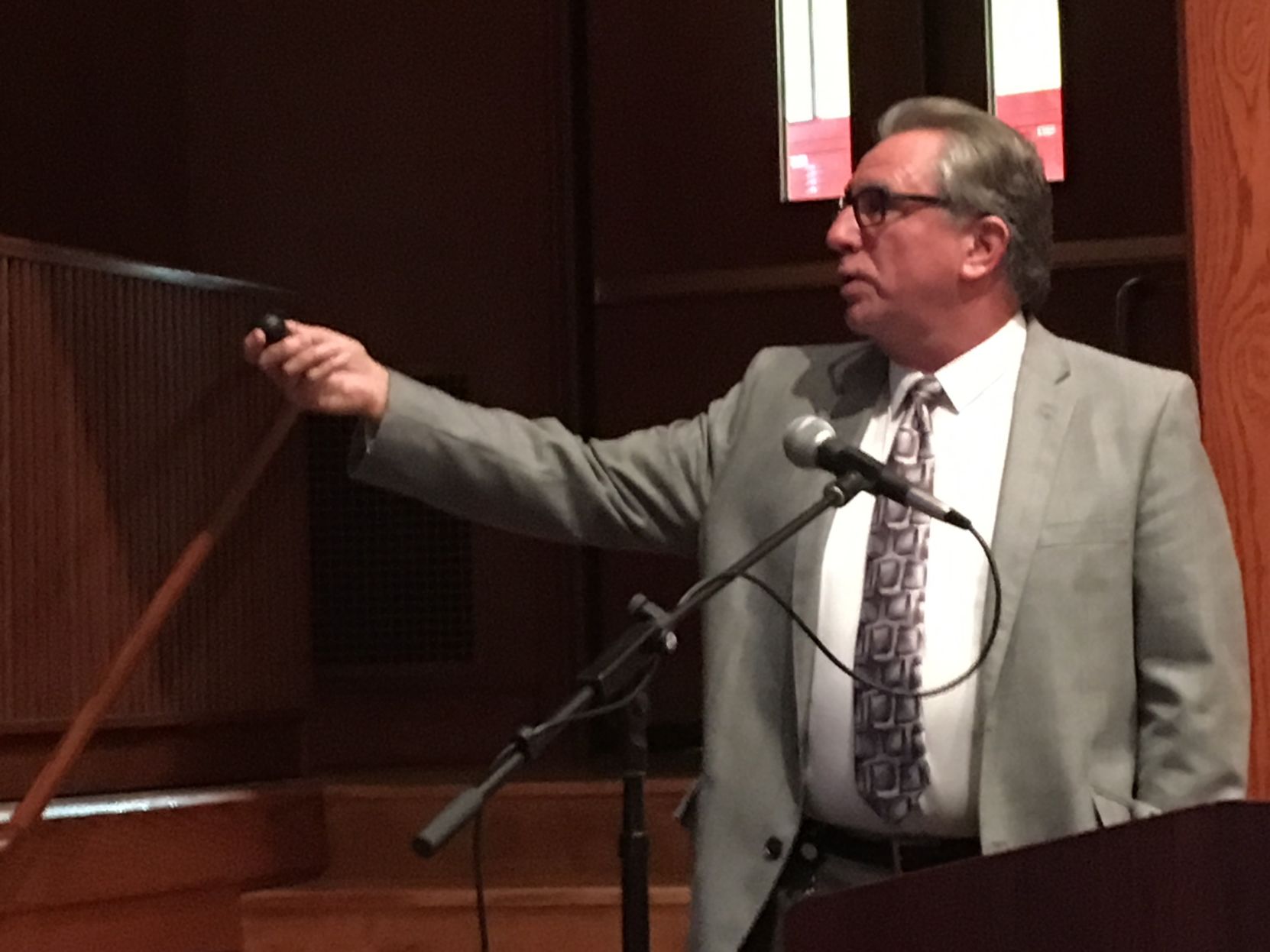 The district completed the first phase of a $266,000 system that will lock down a school building and alert students, teachers, administrators, police and parents with the touch of a button in an emergency, said Nicholas Fusco, director of school facilities and operations.

Instead of “waiting for everybody else to do something then remembering if you did it or didn’t do it, or who you contact or you didn’t contact, this will take care of it,” Fusco said.

With the system, anyone in the district’s three schools can press a “panic button” to set off flashing lights, lock all doors, call 911 and send an emergency alert to parents, Fusco said.

The district mounted the panic buttons, updated school announcement systems and installed outdoor security cameras and strobe lights over the summer, Fusco said. The rest of the work, including tie-ins with police, cell phones and computers, should be done by the end of the school year, he said.

East Williston will also participate in a Nassau County Police Department program that gives police access to school security cameras in active shooter situations, said Fusco and Jacqueline Pirro, the assistant superintendent for business. Ten districts, including Manhasset, have signed on to the program, according to a county news release.

“What we’re doing here, the infrastructure that we’re upgrading, will be perfect timing with the rollout of what the county is doing,” Pirro said.

The district started discussing security improvements about four years ago and funded the new system in its last two budgets, Fusco said.

It gives “a little peace of mind,” he said. “One less thing to worry about.”

The global market for security systems in public schools and universities is expected to top $1.1 billion by 2018, according to a 2014 report in the Technology Horizons in Education Journal, a trade publication.

About 75 percent of 180 New York school superintendents surveyed in 2013 said their districts spent $100,000 or less on new security measures in the year after the mass shooting at Sandy Hook Elementary School in Newtown, Connecticut, according to a New York State School Boards Association report.

When Fusco entered his position, he brought law enforcement and security professionals through the schools to suggest what steps the district could take to plug security holes, he said. The district also received state funding for some security upgrades, he said.

“Safety, for any member of the public that’s been paying attention, knows that that has been a particular concern for this district, as I’m sure it is for many, and we haven’t lost sight of that,” Kamberg said at Monday’s school board meeting.