Taxes were listed as the No. 1 issue by most candidates for town council and county Legislature in the recent elections.

Which is both understandable and a little strange.

Understandable because taxes are, well, high in New York State in general and Nassau County in particular compared with many places in this country.

And their impact has grown following the $10,000 cap on deductions for state and local taxes imposed under the 2017 tax legislation approved by President Donald Trump and Republicans in Congress.

At the same time, the focus of voters on town and county taxes is a little strange because of the relatively small impact they have.

Property taxes, which are the primary source of revenues for towns and counties, account for 43 percent of the money raised by government in New York, according to a recently released study by state Comptroller Tom DiNapoli.

And of the 43 percent in property taxes, the county accounts for about 16 percent of the tax burden and towns about 11 percent, the study shows.

By far the largest share of property taxes goes to school districts, which account for nearly 67 percent of the total.

True, the candidates were not running for school board and they would only directly influence the government they hoped to represent.

But an honest discussion of Nassau taxes would have included the 500-pound gorilla in the room – school taxes.

This raises other oddities.

Unlike town and county taxes, which are decided by elected officials, school budgets are decided directly by voters. And in virtually every case, the budgets are approved.

True, school districts almost always propose budgets that fall within the 2 percent tax cap imposed by the state in 2012.

But it is hardly an endorsement of the popular will that the state had to impose the cap in the first place. If taxes were a problem, wouldn’t voters demand no increase in taxes or even decreases?

You might think so, but you would be wrong. Which is why you hear so few people objecting to the state’s intrusion in the business of local governments in this way.

Another oddity is that unlike races for town council and county Legislature, elections for school board seats are often uncontested.

We criticized the caliber of some candidates who have been put up by political parties to take on incumbents on town councils and in the Legislature as recently as last week. But at least every seat was contested.

So why do races directly impacting what is by far the largest share of property taxes seem to draw less opposition?

A major reason for many people moving to communities in Nassau County is the schools, which are among the best and most expensive in the state. So they are paying for what they want – even if it costs a lot.

Another reason is that the quality of the school district – or at least the perception of the quality – plays an important role in determining what a home is worth.

This actually has a basis in fact. DiNapoli’s study found that Nassau was one of four counties in New York State that saw property values grow more than 10 percent in the past two years.

Then, there is the potential bias on most school boards – a majority if not all members who have children in the district. This is not unexpected. Many people need the motivation to contribute their time to serving on a school board of their children.

A heated controversy accompanied two candidates for Great Neck school board seats whose children attended nearby religious schools. Opponents said these candidates, both of whom lost, would not support current funding levels.

School districts have also benefited from taxpayers not bearing the full cost of the tax burden thanks to an indirect subsidy provided by Nassau County known as the county guaranty.

The guaranty requires the county to pay refunds for successfully challenged property taxes not just to itself but to school districts and other authorities that rely on its assessment system.

Until Nassau Executive Laura Curran had all county property reassessed, the county was paying $50 million a year in refunds under the guaranty – a total that almost bankrupted the county. Much of the $50 million covered money that would otherwise be paid by school districts.

Assuming that the reassessment eliminates most if not all the $50 million in refunds, school districts face two problems.

Taxpayers will now be footing the cost of the $50 million – most of which went for schools. And the half of the county property owners who were underpaying their taxes the past eight years will now be paying more.

If not, perhaps voters’ unhappiness with Nassau County taxes has been overstated. 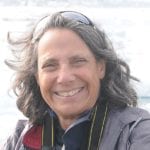