Trump certainly does not compare to Hitler in what he has done. Hitler presided over a genocide against Jews in which six million people died and started a world war in which an estimated 70 million to 85 million perished.

There has been nothing in history to compare to this horror.

But there are disturbing comparisons to Trump, Hitler and many autocrats past and present and what allowed them to succeed.

Trump was the first president in the history of the United States who would not concede his loss in an election, falsely claiming it was stolen. The fact that he lost was proved in repeated state audits and more than 60 court cases.

Trump then incited an assault on the Capitol in an effort to stop Joe Biden from taking office and instead install him as president.

In what was the worst attack on the Capitol since the War of 1812, the lives of his vice president and members of Congress were threatened, more than 140 police officers were injured and five people lost their lives.

Who says Trump incited a riot? Well, at the time leaders of both parties.

“January 6th was a disgrace. American citizens attacked their own government,” then-Republican Senate Majority Leader Mitch McConnell said in explaining his impeachment vote. “They used terrorism to try to stop a specific piece of democratic business they did not like.”

“They did this because they had been fed wild falsehoods by the most powerful man on Earth — because he was angry he’d lost an election,” McConnell continued.

The evidence is now growing by the day that the attack on the Capitol was part of a coordinated plan to undermine a basic pillar of our democracy – the right to vote. This has been a prime target of authoritarian governments from Nazi Germany to present-day Russia.

Just last week, 11 members of the far-right Oath Keepers militia were arrested and charged with seditious conspiracy in the Jan. 6 insurrection. This charge means they tried to “overthrow, put down or to destroy by force the government of the United States.”

Democrats both nationally and here in Nassau County reflected last week on the one-year anniversary of Jan. 6 – the lives lost and threatened, the damage to the Capitol, the threat to the sanctity of our election process.

“In commemorating the fallen police officers who died defending our democracy at the insurrection of the Capitol last January the 6th, we must recognize that still today – perhaps even more so – our democracy is at risk,” said Jay Jacobs, the Nassau County and state Democratic chairman. “Whether we remain a democracy or devolve into fascist state remains, unfortunately, an open question.”

Congressman Tom Suozzi and state Sen. Anna Kaplan, both Democrats, stressed in press releases the importance of Americans remembering the Jan. 6 attack on the nation’s democracy and the need to protect free and fair elections in the future.

“Those of us who believe in American freedom owe it to future generations to do everything in our power to strengthen and protect our democratic values from cowardly bullies and thugs who seek to dismantle our proud traditions and our way of life in our country,” Kaplan said.

But Republicans here and nationally – with the exception of Congresswoman Liz Cheney, her father, former Vice President Dick Cheney, and a few others – were silent.

Here the comparison with Germany and other authoritarian countries is apt. Silence in the face of assaults on democracy encourages the threat to grow.

None of them replied.

The local GOP’s silence on Jan. 6  is part of a pattern of local GOP leaders failing to respond that goes back all the way to Jan. 6, 2021.

Nicolello did call for the prosecution of those who committed criminal acts shortly after the Jan. 6. insurrection.

But Nicolello has yet to say anything about the identity of those who assaulted the Capitol or the man who incited them.

To his credit, Ra did publicly state that he agreed with McConnell, who found Trump responsible for the insurrection at the Capitol. But since then he has said nothing.

The Republicans’ lack of response to Jan. 6 is in contrast to their joining the Blue Ribbon campaign to support police following the murder of George Floyd and the Black Lives Matter protests that followed.

Ra said in an op-ed article following Floyd’s death that he was “deeply concerned about the damaging rhetoric, radical actions and misguided policy proposals we’ve been hearing from the left.”

In November, no local Republican condemned the Proud Boys, a right-wing extremist group known for violence, when they marched without a permit down Sunrise Highway and into Rockville Centre where they stormed stores shouting slogans and passing out flyers detailing the group’s racist and antisemitic philosophies.

The Proud Boys rose to prominence in September 2020 when President Trump was asked about his regularly encouraging white supremacist groups during a presidential debate.

He answered: “Proud Boys,  Stand back and stand by. Somebody has to do something about Antifa and the left.”

Matthew Greene, the leader of the Proud Boys who was “among the first wave” to rush up the Capitol steps, recently pleaded guilty to two charges stemming from the attack and agreed to cooperate with the government, federal prosecutors said.

Blakeman did have time last week to visit Albany with Republican leaders of the state Legislature to call for the repeal of cashless bail, citing the threat to New Yorkers.

There are several explanations for the Republicans’ silence on Jan. 6 and since.

One is that they believe that the vote for president – but not Senate and House seats  – was rigged and the assault was justified.

Another is that notwithstanding all the speeches celebrating the Fourth of July on honoring those who died defending our freedom on Memorial Day, the officials don’t really believe in the first three words of the U.S. Constitution – ” We the people” – in how we should choose our leaders.

And still, another reason is that they do not want to lose the support of the 60 percent of Republicans who believe the election was stolen. And, their leader, Trump.

It goes without saying that if people like Blakeman, Nicolello and Ra told voters the truth, that the presidential election was free and fair, the number of Republicans who believed the lie about the past election would be a lot lower.

Instead, 19 Republican-controlled states across the country have used the lie to pass laws to suppress the vote of Blacks and other Democratic-leaning groups and, even worse, to change who counts the vote from nonpartisan people to partisan people.

As Trump said this week, “sometimes the vote counter is more important than the candidate.”

The final similarity we see with Nazi Germany and other autocratic nations is people failing to recognize the threat before them before it is too late.

Some saw Hitler early on for who he was. Others accepted the threat in return for personal benefit. And still others dismissed the threat posed and those ringing the alarm.

The question now is what cost will we bear by the silence of our leaders about the current threat to our democracy. 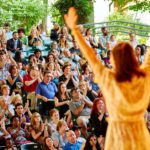 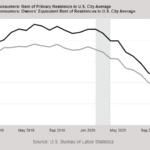