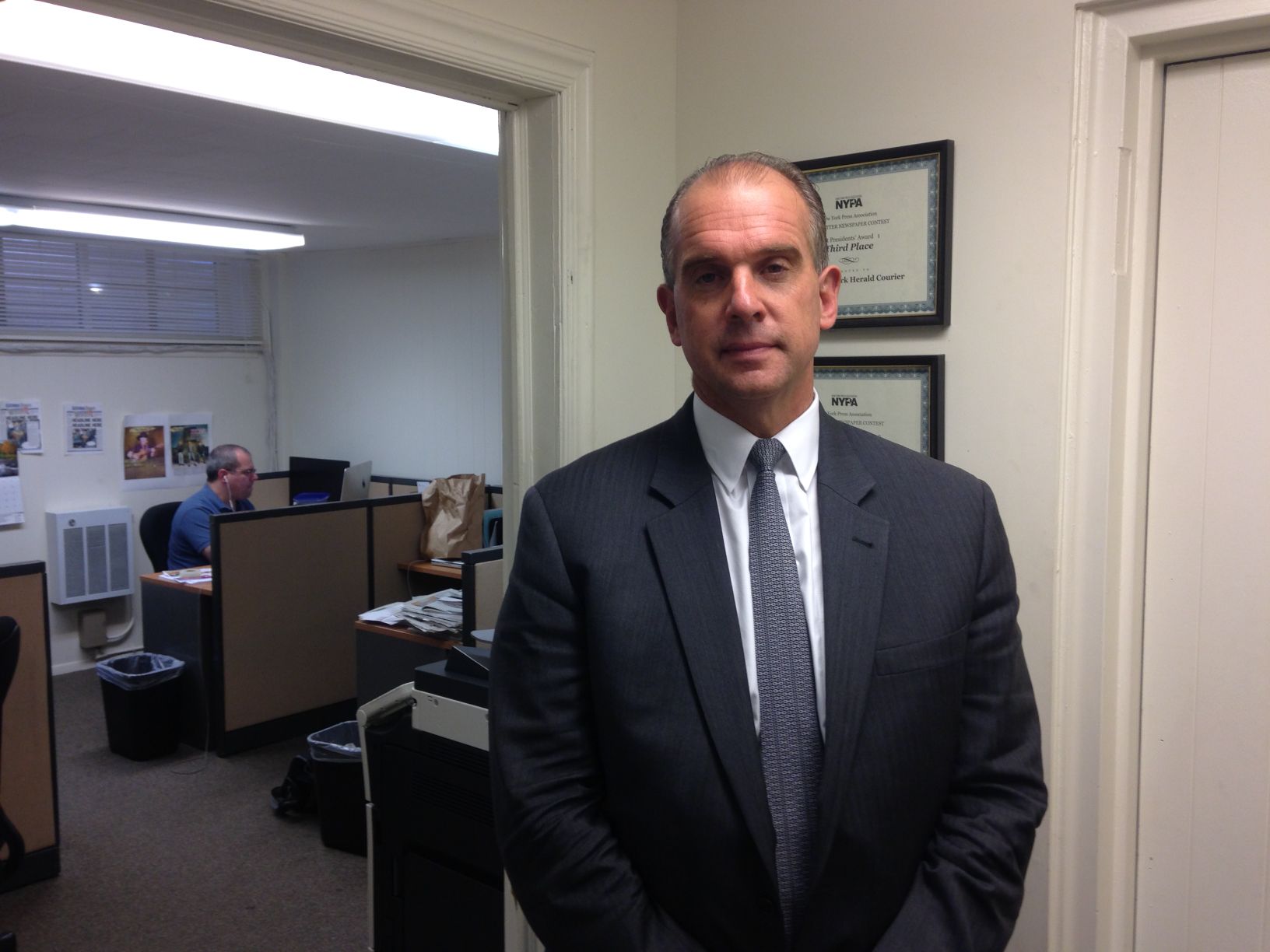 Edward Ambrosino, a Town of Hempstead councilman, was arrested Friday for allegedly pocketing hundreds of thousands of dollars in legal fees owed to his law firm and lying on federal tax returns, federal prosecutors said.

Ambrosino, a Republican whose district includes the Village of Floral Park and part of New Hyde Park, allegedly deposited more than $800,000 in legal fees from two Nassau County agencies into a corporate account he created rather than his law firm’s account, according to the eight-count indictment unsealed in U.S. District Court.

He also allegedly made false deductions and understated income on his corporate and federal tax returns, skirting more than $254,000 in taxes over three years, the indictment says.

“Today’s indictment is a reminder of the obvious, that public officials are not exempt from paying their fair share of taxes and otherwise complying with the laws of the United States, just like any other citizen,” Bridget M. Rohde, the acting U.S. attorney for New York’s eastern district, said in a statement.

Ambrosino pleaded not guilty Friday afternoon before judge Joanna Seybert and was released on $250,000 bond. He is next due in court May 5.

“If he was ‘Ed Public’ rather than ‘Ed Politician’ we wouldn’t be in this situation,” Lemke told Newsday.

Ambrosino, a Hempstead town councilman since 2003, has worked since 2010 as an attorney for the Nassau County’s Industrial Development Agency and Local Economic Assistance Corporation, which provide tax breaks to businesses and nonprofit groups, respectively. They paid him $1.3 million in legal fees between 2013 and 2015, the indictment says.

He has also worked as special counsel for Edward Mangano, the Republican Nassau County executive who has pleaded not guilty to federal corruption charges, the indictment says.

The indictment alleges Ambrosino deposited checks for legal fees from the two agencies into an account for Vanderbilt Consulting Group, a company for which he was the sole shareholder, between 2013 and 2015.

Ambrosino was supposed to give the money to the Uniondale law firm where he was of counsel so he could receive a percentage of the fees as commission on top of his $200,000 salary, the indictment says.

The indictment does not name the law firm, but Ambrosino is listed as of counsel to Uniondale-based Rivkin Radler, where Mangano has also worked.

Ambrosino later hid the payments from a law firm employee who was trying to reconcile missing legal fees, falsely saying he sent money to another firm whose attorneys were handling cases in which Ambrosino had conflicts of interest, the indictment alleges.

Ambrosino also allegedly deducted expenses on Vanderbilt Consulting’s tax return that were not business-related, such as rent for a Manhattan apartment where a third party was living, the indictment says.

Mike Deery, a Town of Hempstead spokesman, declined to comment.

Joseph Kearney, the Nassau IDA’s executive director, did not return a request for comment on whether the agency would continue employing Ambrosino.

Brian Nevin, a Mangano spokesman, said Ambrosino is not employed by the county and referred questions to the IDA.

Ambrosino is the latest high-ranking Nassau County official to face criminal charges. Mangano, his wife Linda and John Venditto, the former Oyster Bay town supervisor, have all pleaded not guilty in an alleged bribe and kickback scheme with a restaurateur.

Gerard Terry, the former North Hempstead Democratic leader who worked for eight municipalities, has pleaded not guilty to tax evasion charges and is under investigation for his role in kickback schemes.

“Serving the public is a privilege, not a right, and Ambrosino owes it to the taxpayers to resign from his various positions while he deals with these charges,” Curran said in a statement.

Laura Gillen, a Democratic Rockville Centre attorney running for Hempstead town supervisor, did not call for Ambrosino’s resignation, but said she would look to strengthen town ethics rules if elected.

“Taxpayers in the Town of Hempstead deserve better than this,” Gillen said at a news conference.

Village of Floral Park Mayor-elect Dominick Longobardi, a deputy comptroller for the Town of Hempstead, said Ambrosino has always been a strong advocate for the village.

“I just wish him and his family well during these times as he goes through this process,” Longobardi said in an interview.