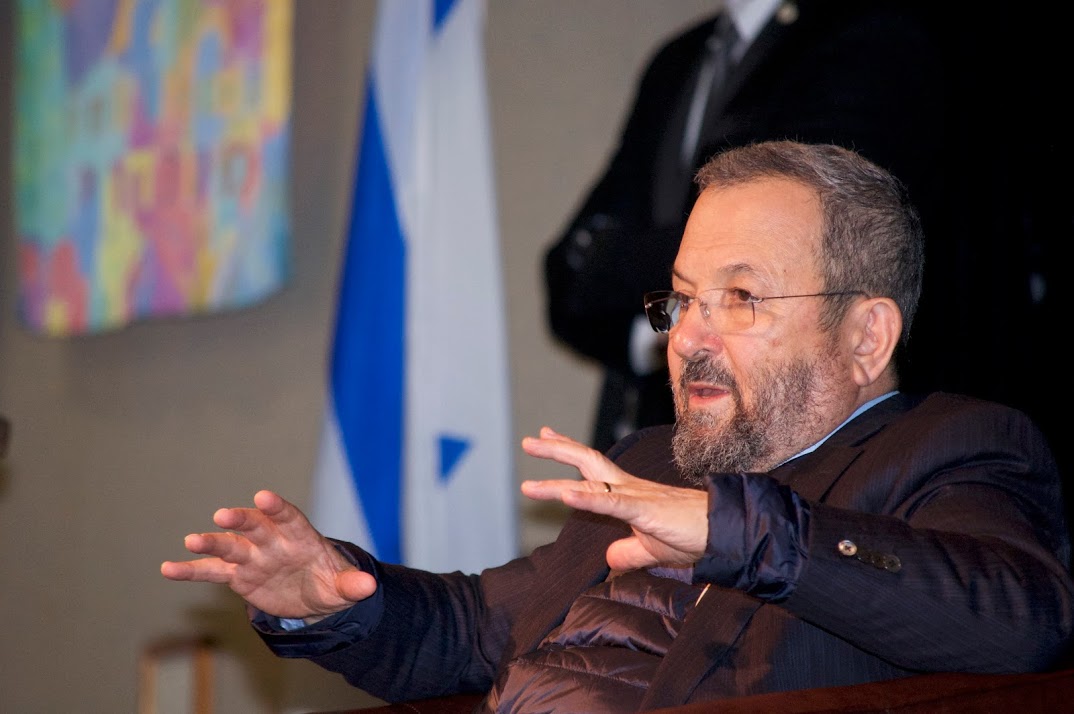 Former Israeli Prime Minister Ehud Barak brought a piece of Israel to Roslyn last Thursday when he spoke to a packed room at the Sid Jacobson Jewish Community Center.

Which was exactly what Ariel Magal, director of the Randie Waldbaum Malinsky Center for Israel, was seeking to do.

“He represents so many pieces in the puzzle that is Israel,” Magal said. “Hearing him speak is the manifestation of [the center’s] mission.”

Barak is the most highly decorated soldier in Israel’s history and served as the 10th prime minister from 1999 to 2001.

He went on to serve as the leader of the Labor Party until January 2011, and was minister of defense and deputy prime minister in Prime Minister Benjamin Netanyahu’s second government form 2009 to 2013.

Barak retired from politics in 2013, and recently released his book “My Country, My Life: Fighting for Israel, Searching for Peace.”

During his talk, Barak touched on the Trump administration’s decisions to pull out of the Iran nuclear deal and to move the American Embassy from Tel Aviv to Jerusalem.

The moving of the embassy, which administrations had claimed they would do for decades but none acted on, became official on Monday – just days after Barak spoke.

President Donald Trump first announced the embassy would be moved in December.

Barak called it a “courageous decision” that should have been done 70 years ago.

Barak, who believes in a two-state solution, said the moving of the embassy does not exclude Palestinians. Once a Palestinian state exists, an embassy can also be in Jerusalem for Palestine.

Just hours before Ivanka Trump unveiled the new American Embassy in Jerusalem, at least 60 Palestinians were killed on the Gaza Strip, according to The New York Times.

While Barak supported Trump’s decision to move the embassy, he did not agree with the president’s decision to pull out of the Iran nuclear deal last Tuesday.

Barak called it a “bad deal” but a “done deal.”

The nuclear deal, formed in 2015, is an agreement between several world powers including the United States, the United Kingdom, France, China, Russia and Germany, in which Iran agreed to limit nuclear activities.

“I cannot see what is the great advantage in this pulling out,” Barak said. “Basically, the Iranians are complying with the agreement, whether we like it or not … it’s frustrating, but they’re complying.”

During a question and answer period with the audience, Barak also addressed what some described as a declining bipartisan support for Israel.

Barak did not attribute it to a change in the American political climate but rather to Israel’s recent policies.

Barak said the current Israeli government under Netanyahu, in many ways, is wrong.

In order to get the popular support of Americans, it is not enough for Israel to be strong, Barak said.

Author Tova Mirvis to discuss Jewish divorce on May 23