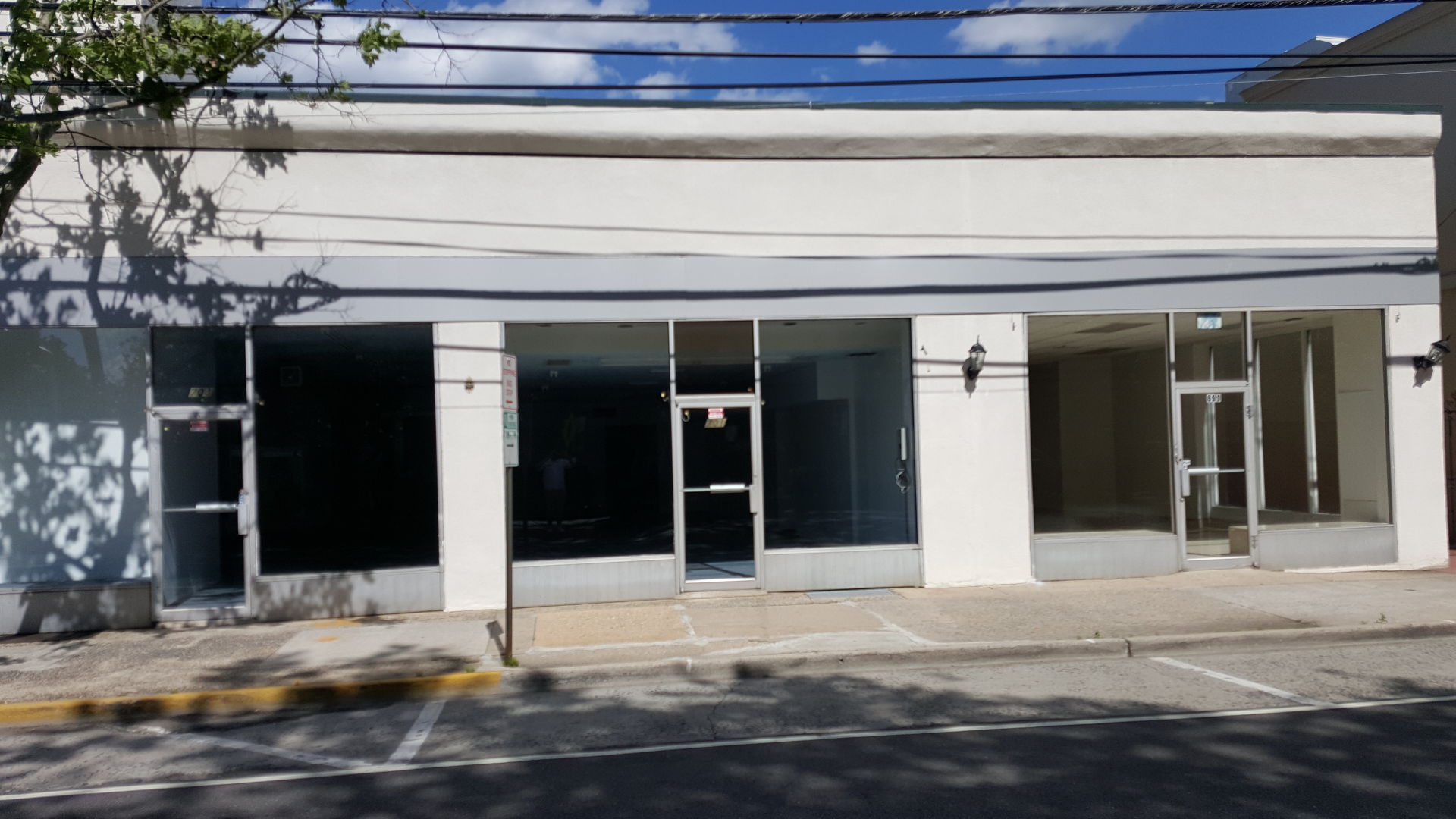 Great Neck  once had a booming business district loaded with popular restaurants, clothing stores and beauty shops that attracted customers from near and far.

But times have changed. Of the 410 storefronts  in the villages of Great Neck Plaza, Great Neck Estates and Great Neck, 53 are not occupied.

The executive director of the Great Neck Plaza Business Improvement District,  Ron Edelson, said that businesses on the peninsula suffer from the same issues that businesses across the United States face.

He said that the Internet has changed the shopping habits of patrons everywhere, and businesses that don’t adapt to the changing industry risk failure.

Edelson singled out Haus of Tova, located at 73 Middle Neck Road, for its success in utilizing online shopping and establishing a strong social media presence.

“That’s one of the things we’re trying to get the message across to merchants,” he said. “You need to develop your online capabilities because it’s the combination of both online and in store that will make you successful and keep you in business.”

Edelson also said the number of empty storefronts may be misleading because there may be lease agreements in place between landlords and tenants, but nothing can open until the lease is signed and conditional-use permits, if necessary, are obtained.

Peter Andreasian, a commercial real estate agent with EXIT Realty Universal in Great Neck, said that the current economy only allows for certain types of businesses to “take a chance on retail.”

Andreasian, who is also a landlord and building manager, said that although rents are “as low as they’ve been in a long time,” it is a struggle to cover insurance expenses and taxes.

“They’re basically out of control because the county is so dependent on commercial real estate taxes that we do get offers for rent but they barely cover the taxes and barely cover insurances,” he said.

Andreasian said he tries to seek out potential tenants based on what the needs of the community are.

“I would be able to rent stores many times over to tenants that are already here, like ice cream stores, salons, spas,” he said. “But I tend to stay away from those tenants because I don’t want to create competition for my tenants.”

Women’s clothing stores and business that would attract young people, Andreasian said, are at the top of his list of what he would like to see open in Great Neck.

Although he does not want competition among merchants, he said more clothing stores would “give consumers more of a choice.”

Andreasian said village governments also play a role in the challenge of finding tenants to operate stores due to restrictions on noise and valet parking.

But, he said, the impact  is not as much as people may think.

“I think villages can do more to be more welcoming and be more relaxed about their own rules,” he said. “When people want to open stores, they don’t have to negotiate everything about it with every tenant.”

In Great Neck Plaza, 26 of the 214 storefronts within the village are currently unoccupied.

Of the empty stores, nine are on Middle Neck Road, four are on Cuttermill Road, three are on Great Neck Road, two are on Bond Street, and Welwyn Road, South Station Plaza and Grace Avenue each have one.

The mayor of the Village of Great Neck Plaza, Jean Celender, said that compared with the past, the number of empty storefronts has decreased and that the village is doing all it can to continue that trend.

“The vacancy rate is down from where it was years ago and we hope it will continue to go lower and lower and we’re trying to do everything we can to provide an atmosphere that encourages businesses through beautification projects,” Celender said. “Really keeping our downtown clean and making the environment and infrastructure inviting for businesses to prosper.”

She said that as much as local government can accomplish, some of the responsibility to attract customers is on the merchants themselves.

Evolving along with the business landscape through the Internet and social media, Celender said, can improve a business’ chance for success.

“I know it’s difficult for merchants who have been here a long time because this is a change for them,” she said. “We’ve been through many other recessions but this has been a slow recovery and it’s also changing with demographics.”

Celender said the village is trying to make parking in the village more accessible through a mobile parking app called Parkmobile. The village is also considering purchasing parking meters that accept credit cards.

In his acceptance speech for the Robert E. Freedman Retailer Award at the  Great Neck Chamber of Commerce awards dinner in May, Mark Wolf, the owner of Camp & Campus, said retail business in Great Neck has suffered due to an increase in national chain stores and large shopping centers like Roosevelt Field Mall and the Americana Manhasset,

“People from Bayside to Huntington used to come to Great Neck to shop,” Wolf said in his speech. “Now they don’t have to.”

He also said a change in demographics has affected businesses in Great Neck.

“The older generation is moving out of Great Neck, but the younger generation, who grew up in Great Neck, is not moving back,” Wolf said. “Unfortunately, the newest population moving into Great Neck does not patronize the local businesses and we do not have the luxury of waiting for a decade until they do.”

He added that the Internet has also become a main source of competition for Great Neck businesses.

Wolf said that discussions on the state of Great Neck’s downtown areas can also do harm.

“The problem that we have is that sometimes by discussing it, we exacerbate the problem,” he said. “If we tell people that business is bad, then why should they want to shop in town?”

Regardless, Wolf said, it is a problem that everyone from the customers to real estate agents want to resolve.

“We all want, especially the longtime residents who are still here, Great Neck to succeed in the face of all the competition,” he said. “It was the best downtown on the island.”

Several other Great Neck merchants declined to comment when approached for the story, stating that discussing the struggles each faces can damage a business’ success.

In the Village of Great Neck Estates, 15 of the 61 storefronts on Middle Neck Road are unoccupied.

Efforts to reach David Fox, mayor of the Village of Great Neck Estates, for comment  were unavailing.

Because the restaurant’s expansion would create 42 additional seats for patrons, village code requires that the applicant would need to provide 21 additional parking spaces for customers.

The village charges a fee of $250 per parking space annually as a substitution for providing the necessary parking spots.

Yousfan said the annual fee would be a “burden” because his business is only open from Sunday to Thursday and for half the day on Friday.

Instead of charging the applicant the full annual fee of $5,250 for the 21 parking spaces, he proposed phasing in the fee over five years beginning at 20 percent of the total fee for the first year and increasing by 20 percent each year after that.

“We are very concerned and certainly don’t want to stand in the way of progress and the opportunity of what’s available not only to the landlord, but certainly to a store that’s prospering and looking to grow,” Fox said.

In the Village of Great Neck, 15 of the 128 stores on Middle Neck Road are vacant.

A small portion along Middle Neck Road is part of the unincorporated area of Great Neck, which is under the jurisdiction of the Town of North Hempstead.

Two of the seven stores in that area are vacant.

“People can purchase everything and anything from toothpaste to their groceries online and can even do their Christmas shopping,” Kaiman said. “People can buy things at the convenience of the front seat of their car at a red light or during their lunch hour at work. They don’t have to deal with the inconvenience of getting in a car and going anywhere.”

She also said that merchants have told her that landlords can be difficult to work with.

“I’m hearing from business owners that landlords are not as accommodating because they, too, need to make money,” Kaiman said. “It’s unfortunate, but if their storefront is vacant long enough they receive tax breaks because of that.”

She said the town is taking “proactive steps” in addressing the needs of business owners through working with other municipalities.

LaunchPad, a co-working space with more than 30 offices that aims to provide services for start-up companies and hi-tech businesses looking to launch on Long Island, opened in March at in Great Neck Plaza.

Kaiman said that after the town researched LaunchPad’s other locations in Mineola and Huntington, she sought a third location for the business.

After contacting Celender, she said, the two were able to find a vacant location at 3 Grace Ave.

Kaiman agreed, stating that it brings “in certain energy and a vibe into a local downtown.”

Efforts to reach Scott Zimmerman, president of the Great Neck Chamber of Commerce,  for comment were unavailing. 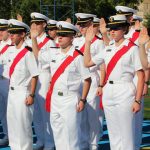 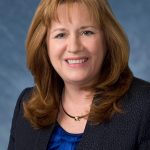