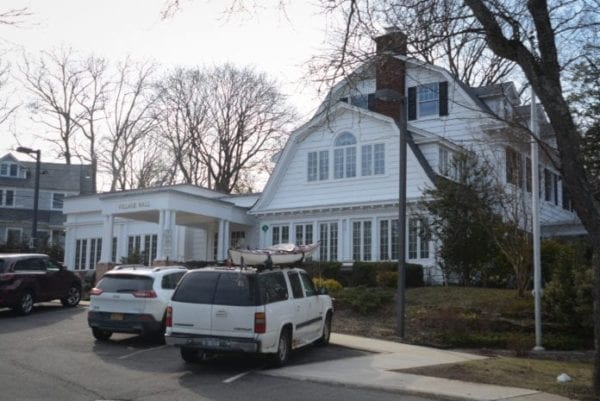 According to the project’s lawyer, William Bonesso of Forchelli, Deegan and Terrana, various circumstances, none more pressing than the pandemic, caused delays in obtaining permits and communicating with neighboring residents.

Bonesso, in a letter to the village administration, said that concerns needed to be addressed regarding the stability of walls during demolition, which also caused a delay in obtaining permits.

“The Village hired a structural engineer to review my client’s drawings,” the letter reads. “He expressed some concerns regarding the stability of the walls during demolition.  Accordingly, an unexpected time delay occurred in going back and forward with the structural engineer to introduce a steel structure inside the building to stabilize the walls as they come down.”

Bonesso said that process took “several months” and resulted in an increased cost of $350,000 to the First Playhouse of Great Neck Corp.

Village Mayor William Warner said that the Building Department, headed by Barbara Dziorney, must ensure that the developers are doing their work safely without harming neighboring properties.

Bonesso said in his letter that a neighboring property owner on Maple Drive wanted a modification to a previous agreement and added a fee for granting access, which ultimately worked out. A greater sum for the owners of La Pizzeria, located next to the Playhouse location on 114 Middle Neck Road, was also granted, according to Bonesso’s letter.

Warner and the board unanimously granted Lions Group NYC a two-month extension on obtaining demolition permits from the Building Department during a January board meeting after modified plans were presented.

“This project has been so long overdue,” Warner said during a January meeting. “The developers have been mindful of deadlines and the board wants them to start working as soon as possible, as long as they are doing it in a safe manner.”

Various plans to renovate the historic building with a five-story, 20-unit, 35-bedroom mixed-use apartment complex have been presented by Lions Group NYC since 2017.

In its heyday, the First Playhouse on Middle Neck Road showcased Broadway-bound plays and vaudeville acts starting in the mid-1920s, including the Marx Brothers and F. Scott Fitzgerald. United Artists bought the theater in the 1930s, but it closed in 1983.

Great Neck Estates Mayor William Warner has expressed support for the project throughout its planning and said he was excited to see significant progress being made.

“Nobody wants to see an old and decrepit storefront in their downtown area,” Warner said at a December meeting.  “Especially one that has so much history to it. I am in full support of developers coming in and creating a fixture that is appealing and useful for our residents.”

According to Warner, once the developers obtain the demolition permits, they can begin applying for construction permits.

Warner said he believes once permits are obtained, demolition should not take more than five months, though three additional months were granted in case of unforeseen circumstances in January.

Shirian and Bonnesso agreed on a $50,000 deposit on the demolition costs so that if the project was not able to be started after demolition has commenced, the developers or village would be able to properly patch up the area. 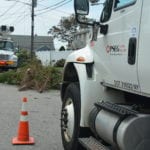