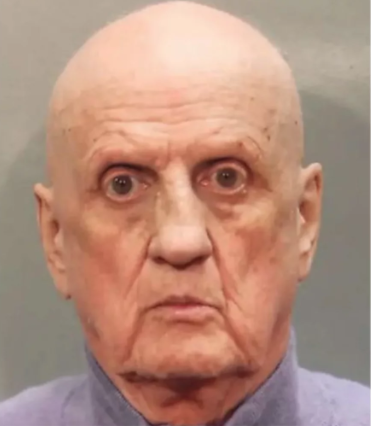 Former doctor George Blatti has been charged with the murders of five of his patients, including a Port Washington woman and a Floral Park man, through prescriptions of thousands of opioids.(Photo courtesy of the Nassau County Police Department)

A former doctor has been charged with five counts of murder for prescription practices that led to the deaths of five of his patients between 2016 and 2018, including those of a Port Washington woman and a Floral Park man, Nassau County District Attorney Madeline Singas announced.

The former doctor, George Blatti, 75, pleaded not guilty last Thursday before Judge Fran Ricigliano on five counts of second-degree murder and 11 counts of reckless endangerment in the first degree, the results of a joint investigation between Singas’ office, the Nassau County Police Department and the U.S. Drug Enforcement Administration.

A general practitioner first licensed to practice medicine in 1976 who surrendered his medical license in June 2019, Blatti had “no specialized training or accreditation in pain management,” Singas’ office said.

“For a time, he maintained a makeshift office in a Franklin Square storefront that was formerly a Radio Shack, with a Radio Shack sign and merchandise racks on the walls,” the office said in a statement.

The original indictment from 2019 alleged that Blatti met customers at his Franklin Square office through that year, and after he lost access to that space, saw patients in his car, prescribing medications with no examination from the parking lots of the Rockville Centre hotel where he lived and a nearby Dunkin’ Donuts.

“The grand jury charged that patients, who were addicted to opioids, went to Blatti with their requests for controlled medications and the defendant allegedly prescribed drugs with no medical history review or exam,” the district attorney’s office said. “He billed insurance and accepted cash. In some cases, he allegedly prescribed opioid painkillers at patients’ request to individuals he had never met or spoken to. Blatti used paper prescriptions pursuant to a waiver issued by the New York State Health Commissioner, allowing him to avoid using the state’s secure electronic prescription system which is generally required, and provides for greater oversight.”

“This doctor’s prescription pad was as lethal as any murder weapon,” Singas said. “We allege that Dr. Blatti showed depraved indifference to human life, total disregard for the law, his ethical obligations, and the pleas of his patients and their family members when he prescribed massive quantities of dangerous drugs to victims in the throes of addiction, ultimately killing five patients who entrusted him with their care.

“As we continue to battle the epidemic of opioid abuse that has ravaged our communities, this prosecution sends a strong message to any doctor seeking to profit from vulnerable patients’ addiction: we will hold you accountable to the greatest extent the law allows.”

Singas said in her remarks that the Police Department’s asset forfeiture and intelligence unit began an investigation into several opioid overdoses, both fatal and nonfatal, in August 2018. That investigation revealed that certain individuals had an inordinate number of prescriptions for opioids written by the same physician, Blatti.

At that time, the department began working with the DEA’s Long Island office.

“Investigators learned that Dr. Blatti had many reasons to know and appreciate the deadly danger in which his actions placed his patients, and that he was aware through his own inquiries that several had died,” the office said. “The indictment alleges that Blatti was undeterred by these deaths, as well as the pleas – and even threats – from patients’ family members demanding he stop fueling their loved ones’ addictions. He allegedly ignored documented overdoses and illicit drug use documented in his patients’ medical records; disregarded stacks of warnings from pharmacies, insurers and Medicaid about excessive opioid prescriptions, and continued to prescribe foreseeably deadly quantities and reckless, toxic combinations of controlled medications to visibly addicted patients even after he was interviewed by the N.Y. Office of Professional Medical Conduct in 2017.

“Dr. Blatti allegedly even refused at least three patients’ pleas to stop opioid use, prescribing them more painkillers instead of helping them fight their addictions. As a result, [the D.A.’s office] presented the case to a grand jury, which returned a bill indicting the defendant for five counts of murder in the second degree.”

According to Singas’ office, one of the patients who died under his care was Diane Woodring, 53, from Port Washington, who died on Sept. 11, 2018, of acute intoxication by the combined effects of oxycodone, alprazolam, mirtazapine and valproic acid, all prescribed by Blatti. The DA’s office said that over a span of four years and one month, she was prescribed over 18,000 pills in 153 prescriptions, including over 9,300 30-milligram pills of oxycodone.

Singas’ office says that Sean Quigley, 31, a volunteer firefighter from Floral Park, also died under Blatti’s care, having struggled with opioid abuse dating back to at least 2008, and alleges that Blatti was aware of Quigley’s ill health and chronic obstructive pulmonary disease but prescribed the opioids anyway.

“Though Blatti was allegedly aware of the victim’s addiction, and had treated him with suboxone for five years, he later allegedly fed that addiction, prescribing large quantities of oxycodone following a knee injury in 2014 until his death,” Singas’ office said. “In 2017, [Quigley] was suffering from liver failure and retaining water. Quigley had lost approximately 50 lbs. Blatti saw him in the months of June, July, August, September, October and November. On November 21, 2017, despite clear signs of a failing liver, for which he prescribed a diuretic and potassium supplement, Blatti allegedly prescribed 180 oxycodone pills. Given his alleged awareness of Quigley’s liver failure, which significantly increases the risk of overdose, the continued prescription of opioids showed depraved indifference to his life. Quigley died 11 days later, on December 2, 2017, from acute intoxication of oxycodone and oxymorphone.”

Overall, the office claims that over a period of three years and four months, Blatti prescribed Quigley over 10,600 pills across 79 prescriptions, with over 7,000 of those pills being oxycodone.

The grand jury further indicted Blatti on 11 counts of reckless endangerment in the first degree, determining that Blatti’s prescribing practices were allegedly depraved. The 11 counts relate to the five deceased patients and six living patients.

“In my nearly 30-year career as a prosecutor, I have never seen a case of such outrageous disregard for human life by a physician,” Singas said at a news conference last Thursday. “This doctor allegedly ignored warning after warning from visibly addicted patients and continued to prescribe the dangerous drugs that cost his patients their lives.”

Senior Assistant District Attorney Melissa Scannell of the Rackets and Enterprise Crime Bureau and Senior Litigation Counsel Stefanie Palma of the Homicide Bureau are prosecuting the case for the county. The defendant is represented by Jeff Groder.

Blatti was remanded and is due back in court on March 30. If convicted of the top charges, he faces up to 25 years to life in prison. The indictment will be consolidated with the 2019 indictment. 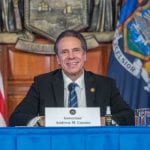 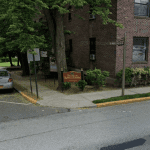