Two fair housing agencies on Thursday filed a federal lawsuit against the Village of Great Neck Plaza and the Nassau County Industrial Development Agency for allegedly restricting access to affordable housing to African-Americans, according to court documents.

The lawsuit, filed by Long Island Housing Services and the Fair Housing Justice Center in U.S. Eastern District Court on May 29, alleges that Great Neck Plaza has implemented rules that make affordable housing units more accessible to long-term white residents of the village and peninsula “at the expense of African American Nassau County residents.”

The lawsuit said those rules were implemented at The Maestro building, located at 255 Great Neck Road, where 19 of the 94 units are under the village’s affordable housing rules.

Efforts to reach the Village of Great Neck Plaza officials for comment on the allegations were unavailing.

Nassau County IDA Executive Director Joseph Kearney said “It’s a policy of the IDA to not make any comment on pending litigation.”

The alleged discrimination was discovered during a 2013 investigation into The Maestro by the two housing groups, according to the lawsuit.

The lawsuits states that the two housing groups sent “testers” to conduct “telephone and in-person tests regarding the village’s application process and eligibility criteria for The Maestro.”

Village officials allegedly told the “testers” that they would have to prove their residency within the “village or peninsula” for 10 of the past 15 years, according to the lawsuit.

The two agencies allege that those conditions make it harder for African-Americans to obtain affordable housing because the village has been, and continues to be, pre-dominantly white.

Long Island Housing Services, founded in the 1969, describes itself on its website as a “fair housing agency serving all of Nassau and Suffolk Counties.”

The lawsuit seeks to have the Village of Great Neck Plaza amend its affordable housing laws to be in line with fair housing laws.

The Nassau County Industrial Development Agency is being sued for providing tax breaks to the Maestro building in 2011 and other developments throughout the Nassau County that exclude minorities from affordable housing units, according to the lawsuit.

The lawsuit states that the Nassau County IDA provided financial assistance to the Maestro building without evaluating “whether the village residency preferences would perpetuate residential racial segregation in Nassau County.”

The lawsuit also states that the IDA provided financial assistance to a similar project in the Town of Oyster Bay, which is being investigated by the federal government for allegedly placing “unlawful housing discrimination carried out through an affordable housing zoning ordinance with a residency preference system similar to the one employed by the Village of Great Neck Plaza.”

The two housing groups ask the court to determine if the IDA’s financial assistance for the building “create[s] or maintain[s] residential segregation.” 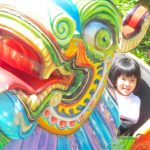