The FBI announced they will double the reward for information on the person who threw acid on a 22-year-old Elmont native. (Photos courtesy of Ikram's GoFundMe page)

The FBI announced that it will double the reward for information on the person who threw acid in the face of an Elmont native and Hofstra student in March.

The Nassau County Police Department is offering $20,000 for anyone who can provide information on the person who doused Nafiah Ikram, 22, with acid. Last week the FBI said it would also provide a $20,000 reward, bringing the total to $40,000.

Ikram and her mother parked their car outside their Arlington Avenue home on the night of March 17 and were about to walk inside when an unknown man ran up to her and threw acid on her face. Footage of the incident was caught on a neighboring house camera.

Officials from the Police Department said the male attacker was approximately 6-foot-2 and wore a black hooded sweatshirt and gloves. He fled in a red 2013-2015 Nissan Altima, according to police. Nassau County Police Commissioner Patrick Ryder said in April that there was not enough evidence to determine if the attack was a hate crime.

The acid caused Ikram to scream, which resulted in the liquid spreading to her mouth, according to a GoFundMe page to help fund the various medical procedures needed. Her tongue and throat were burned as a result of the attack, along with burns and scars on her face, according to the page.

Ikram ran into the house, where her parents attempted to help her, but the acid burned her parents’ arms and hands as well, the page said.

The acid caused “severe burning” on Ikram’s eyes, chest and arms, according to the post. She was also wearing contact lenses, which were melted to her eyes as a result of the acid.

Efforts to reach law enforcement officials for a further update were unavailing.

On Sept. 30, through the GoFundMe page, Ikram thanked everyone who donated and those who have been keeping her in their prayers. Ikram said she underwent another reconstructive surgery for the area around her mouth and nasal cavity by using skin from her thighs.

“Support means everything in my situation because it reminds me that even on my hard days when I want to just give up, I can’t, because so many people are praying for me, and hoping that I fight this war, and win,” Ikram said on the post.

A premed student at Hofstra and Sewanhaka alum, Ikram also shed light on her daily routine, trying to balance her schoolwork and recovery.

“I’m also trying to finish my courses from last semester in between the medical stuff, and it’s honestly very challenging to do,” Ikram said on the page. “I commend anyone that has had to do something of the sort. But let me just say, I couldn’t do any of this stuff without you all supporting me and showing me all the love someone can show another human being in my situation, as well as donating money to my cause.”

Sherina Mohamed, Ikram’s mother and a nurse practitioner, told Newsday that her daughter still cannot eat solid food more than seven months after the attack. Mohamed said she and her family feel “hopeful and feeling better that the FBI is involved because they have the resources and more people looking into the case, and hopefully they will be able to find the perpetrator,” according to Newsday.

Efforts to reach Ikram or Mohamed for comment were unavailing.

More than 13,000 people had donated to Ikram’s GoFundMe page, resulting in $535,000 being raised to help cover medical expenses. 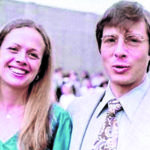