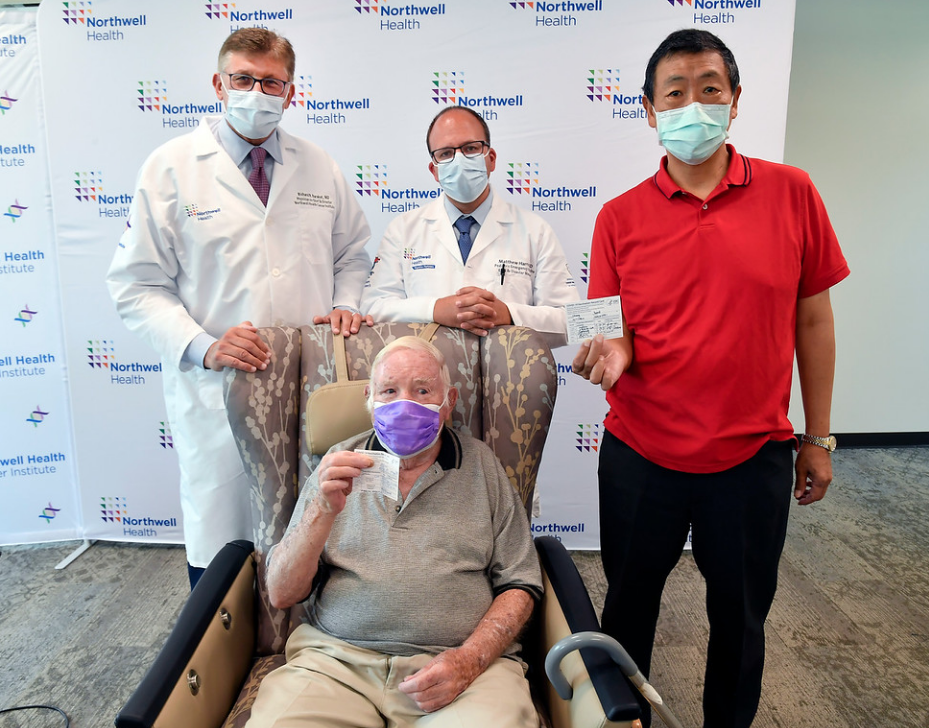 Northwell Health administered the third doses of the coronavirus vaccine to members of the immunocompromised community last week. (Photo courtesy of Northwell Health)

The U.S. Food and Drug Administration approved the Pfizer-BioNTech coronavirus vaccine on Monday as more than 85 percent of adults throughout Nassau County have received at least one inoculation.

The approval of the vaccine, which will be marketed as Comirnaty, means it will be available for people at least 16 years old to prevent the coronavirus, according to the Biden administration. Individuals from ages 12 to 15 are permitted to be inoculated on an emergency basis, officials said.

“While this and other vaccines have met the FDA’s rigorous, scientific standards for emergency use authorization, as the first FDA-approved COVID-19 vaccine, the public can be very confident that this vaccine meets the high standards for safety, effectiveness, and manufacturing quality the FDA requires of an approved product,” acting FDA Commissioner Janet Woodcock said.

The administration, along with the Centers for Disease Control and Prevention and the state’s Department of Health, authorized third doses of the vaccine for the immunocompromised population. Last week, Northwell Health administered third doses of the Moderna vaccine to those battling cancer.

Among the individuals to receive the third dose was Dr. David Chiang of Lake Success. Chiang, a practicing obstetrician, has been fighting lung cancer for the past five years. Receiving the third shot, he said, allowed him to ease his mind a bit more.

“I remember before the vaccines came out I was scared like everybody else,” Chiang said. “Now with the first shot, second shot – and for immunocompromised – a third shot gives me some peace of mind.”

The third dose of Moderna will only be provided to adults at least 18 years old, while the third dose of the Pfizer vaccine can be provided for immunocompromised people at least 12 years old, officials announced. The immunocompromised population includes people battling cancer, HIV, immune deficiency diseases, or those who have undergone organ or bone marrow transplants.

Nassau County achieved the highest rate of adults who received at least one dose of the coronavirus vaccine throughout New York with more than 85 percent last week, according to state Health Department figures. The figure was also the third highest throughout the country in counties with a population of at least one million.

​​“I am beyond proud of our residents for rising to the challenge and getting the job done,” Nassau County Executive Laura Curran said. “Nassau’s success has truly been a team effort, and we owe a huge debt of gratitude to our County’s medical professionals, frontline workers, Health Commissioner Eisenstein and Nassau’s DOH staff, and the many community members who’ve worked tirelessly to save lives.”

The only counties with higher rates of adults who received at least one inoculation were King County, Washington, and Alameda County, California.

Curran touted the countywide initiatives to get residents vaccinated including the “We Can Do It, Nassau” campaign to increase  public awareness of the health benefits of getting vaccinated. The county also provided pop-up vaccination sites throughout Nassau to help those in hard-to-reach populations get inoculated.

The state Health Department, which also breaks down vaccination rates by ZIP code, found that the 11042 ZIP code of New Hyde Park continues to have the lowest rate at 21.3 percent of people vaccinated. That area, however, consists primarily of businesses south of the Northern State Parkway and along Marcus Avenue.

The next lowest vaccination rate on the North Shore is the 66.1 percent  in the 11024 ZIP code of the Great Neck peninsula, made up by the Village of Kings Point. The next lowest one  is also in Great Neck, with the 11023 ZIP code at a 68.9 percent rate, according to the figures. This area  incorporates parts of the villages of Great Neck and Saddle Rock, along with Great Neck Gardens and Harbor Hills.

The highest vaccination rate, 87.8 percent, is also on the Great Neck peninsula, the 11020 ZIP code, consisting primarily of the Village of Lake Success and University Gardens. Some of this area is also made up of Great Neck South Middle and High School, North Shore Hebrew Academy and the Fresh Meadow Country Club. 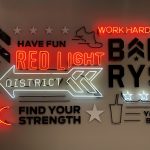