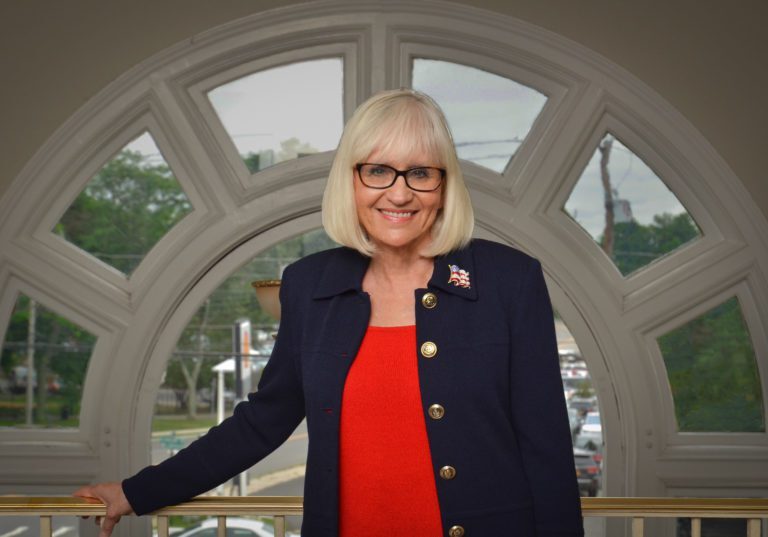 North Hempstead Supervisor Judi Bosworth touted the importance of teamwork as it led to fiscal responsibility and establishing various initiatives during her eight-year tenure in an interview with Blank Slate Media on Tuesday.

Bosworth, who announced earlier this year that she would not seek re-election, reflected on strides the town has made, including obtaining an Aaa bond rating from Moody’s Investors Services and passing fiscally responsible budgets in a timely manner.

Bosworth said she did not want to criticize the fiscal management of previous administrations, but said she was pleased to be leaving the town in a sound place financially with the work of her colleagues and council members.

“Being fiscally responsible was something I was always very conscious of and it was reflected in the bond ratings we received,” Bosworth said. “We also passed our budgets before election time and that was an innovation of my administration.”

After spending time as a second-grade teacher, a member of the Great Neck Board of Education and the Nassau County Legislature, Bosworth touted the importance of effective communication between town officials and the residents she served over the years. Recognizing that every person’s problem was not too grand or small to address, she said, was vital to having the town become more transparent and beneficial to residents.

Bosworth said she always reads and answers every email or query she receives from residents and will offer to reach out to the proper governmental channel on their behalf.

Headlined by the “Not in Our Town” initiative to combat bullying and acts of hatred in North Hempstead, Bosworth lauded the other legislation and programs established during her tenure as supervisor. Others she mentioned included adding the transgender population to the town’s anti-discrimination law, rejuvenating the Veterans Advisory Committee and creating a Disability Advisory Committee.

Using two beams from the wreckage of Sept. 11 to honor and remember those from North Hempstead who did not survive the terrorist attacks, she said, was something she was pleased to see completed before she left office. She also described the half-size replica of the Vietnam Memorial Wall coming to North Hempstead Beach Park as “one of the most touching things” she ever experienced.

While complaints about the town Building Department have become more prominent in recent years, Bosworth touted the department’s employees and said the town has hired 16 more people to work there since she became supervisor in 2014. Noting that every department can always seek to improve its service to residents and look for ways to be proactive, Bosworth said she did not have any concerns about  the department’s effectiveness.

The coronavirus pandemic, she said, also put some restrictions on building inspectors going out to conduct in-person inspections and work that simply could not be done remotely.

“You can’t do a home inspection virtually; someone has to physically be there,” she said. “A lot of people will say ‘well, we don’t want to hear about COVID,’ when the fact of the matter is COVID is a reality that puts things back quite a bit.”

Bosworth also thanked every member of the town’s workforce she had the opportunity to work with  during her eight years. She also lauded the residents for expressing all of the questions, comments and concerns they have over the past eight years that helped find ways to better North Hempstead and leave it in a place for the next supervisor to further improve.

“Whenever I was complimented on something, I will always say it is a team effort,” she said. “Everything we do in the town is a team effort. Whether it be my team or staff, the commissioners for all our areas, the department heads, the town council members, or the residents, all of the work done in the past eight years has truly been a team effort. I am just so grateful to have the opportunity to serve in a town where people want to work together.”