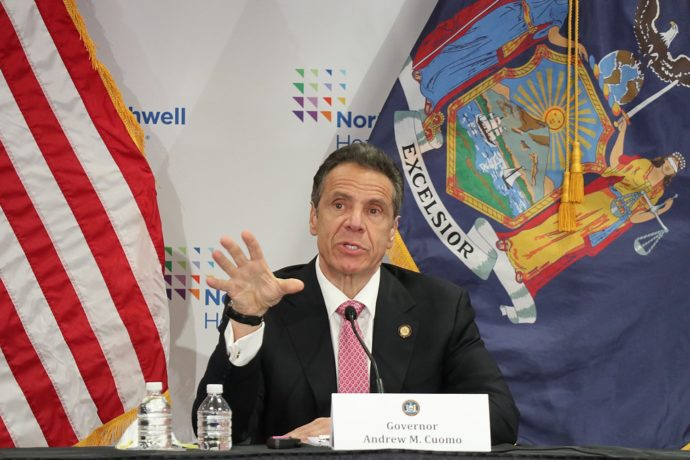 In an 11-hour interview conducted by the state attorney general’s office, former Gov. Andrew Cuomo  became combative with attorneys when asked about alleged instances of sexual harassment,  according to transcripts.

Cuomo, who resigned as governor in August after the harassment allegations from 11 women, repeatedly denied claims that he had inappropriately touched any of the accusers, contending that they occasionally misinterpreted his actions.

Joon Kim, an independent investigator, asked Cuomo if he was aware of his rights and informed him that he was not required to respond to questions if he believed they may incriminate him in a potential criminal case.

When asked about his relationship with a woman, Lisa Shields, who Cuomo claimed looked very much like Lindsey Boylan, one of the 11 female accusers, the former governor engaged in a back-and-forth around the definition of “girlfriend.”

“Girlfriend means different things to different people,” he said. “It doesn’t matter what it means to me. It matters what you want to know.”

Boylan, a former employee of the state’s economic development agency, said her first encounter with Cuomo occurred at Madison Square Garden to promote a Penn Station expansion project. Boylan said the next day her boss told her Cuomo had a crush on her, which she described as “an uncomfortable but all-too-familiar feeling.” Boylan went on to describe her complaints to friends about how Cuomo allegedly touched her lower back, arms and legs.

Cuomo allegedly kissed Boylan on the lips in his Manhattan office in 2018, when she was promoted to deputy secretary for economic development and special adviser to Cuomo.  After that, she said, her fears of going to work each day made her more and more nauseous, and other female senior advisers reportedly “grew hostile” after she began speaking up for herself. Boylan said she announced her resignation from the state government in an email to staff members on Sept. 26, 2018.

Cuomo also questioned the fairness of the probe, specifically Kim’s involvement throughout the 11-hour interview.

Cuomo told Kim at the end of the interview, “I would like to say it was a pleasure … but I’m under oath.”

A female state trooper, in another interview conducted by the attorney general’s office, outlined alleged instances of Cuomo being “creepy,” including flirting and kisses on the cheek. The trooper, whose name was not disclosed in the transcript, said she “felt the palm of his hand in the center of my stomach on my belly button and like pushes back toward my right hip, where my gun is” during a 2019 event at Belmont Park.

Cuomo said he did not know how many times he thought he hugged the trooper and said he potentially kissed her on the cheek at a Christmas party.

“There’s no relationship between myself and [the trooper] of any romantic nature whatsoever,” Cuomo said, according to the transcript.

State Attorney General Letitia James, a Democrat, defended her stance on the investigation against Cuomo during a lunch event in Melville on Tuesday, saying the investigation was referred to her by Cuomo, according to Newsday.

“He said: ‘Tish investigate these allegations of sexual harassment.’ He said, ‘I believe in you. You’ve done a good job. Let Tish investigate,'” James said, according to Newsday. “I did. Unfortunate that he didn’t agree with the outcome.”

Efforts to reach James for further comment were unavailing.

Cuomo spokesman Rich Azzopardi criticized James for the investigators she hired to conduct the investigation and cited her political aspirations in a statement to Newsday.

“From the beginning we said James was conflicted because she refused to rule out a run for Governor, and it was only after being extorted by legislative leaders threatening impeachment that we agreed to refer this to her on the condition that she appoint outside independent investigators,” Azzopardi told Newsday. “Instead, she chose biased investigators, now admits she was directly involved in this probe, is running for Governor and has refused to answer a single substantive question about her investigation.”