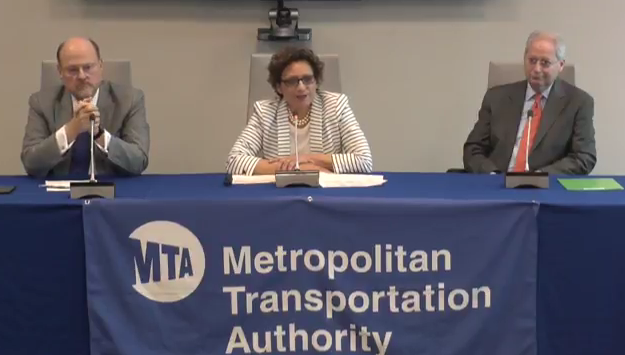 Penn Station’s planned summer construction, set to take place from July 10 to Sept. 1, has been expected to disrupt LIRR rush-hour service. The repairs will close three of the station’s 21 tracks.

Officials said that by adding 36 more cars to trains and three trains to the rush-hour commute, they could accommodate the 9,600 customers expected to be affected.

As a trade off, the MTA said they are cancelling some overnight trains between 2 and 4 a.m. Officials also said that three LIRR trains will terminate at Hunters Point, five will be diverted to Atlantic Terminal and another five to Jamaica. Morning commuters can transfer to the subway for free.

They will also be adding two ferry routes that they estimate can accommodate 2,300 riders. A ferry at Glen Cove could take commuters to the 34th street pier, while one in Long Island City would carry people to Hunterspoint.

Additionally, the plan offers 200 coach buses at eight different park and ride locations. These buses will drop people off on 34th and 42nd street and run between 6 a.m. to 10 a.m. and 3 p.m. to 7 p.m.

To try and ease roadway congestion, officials also said that truck tolls will be reduced by 50 percent from 10 p.m. to 5 a.m. to incentivize them to commute at night.

There will also be rapid response vehicles to assist disabled vehicles, they said, as well as increased HOV lane enforcement.

Joe Lhota, former MTA chair, described the plan as a multi-faceted plan that found 9,600 seats available and supplemented it with alternative means like buses and ferries. He also described it as an opportunity.

“This crisis is an opportunity to be able to look at new and different ways to make the commute as comfortable and as quick as possible,” Lhota said.

The announcement comes just a few days after two Penn Station commuters – Fred Lee, 31, of Uniondale, and Meredith Jacobs, 48, of Wantagh – filed the first ever class-action lawsuit against the MTA, Long Island Rail Road and NYC Transit on Saturday.

They allege that the constant delays and disruptions have created emotional distress and dangerous situations. The constant equipment breakdowns and poor service amount to a breach of contract, the suit says.

State Sen. Elaine Phillips, the sponsor of a bill that would allow the MTA and LIRR to discontinue Amtrak funds if they don’t improve service, said in a statement that while she appreciates measures being taken as a part of the Penn Station contingency plan, commuters are still suffering and deserve a fare cut.

“That’s a step I called for last month because it’s only fair; if commuters are getting reduced service, they should get reduced fares too,” Phillips said. “The MTA must continue working to make that happen.”

When asked about the lack of a fare reduction and how it could “go a long way toward building good will” with customers, officials re-iterated that they chose to “focus on providing service” and on creating a plan they believes gives customers “as many choices as possible.”

“Our focus and priority has been providing that sort of multi-faceted plan that we talked about,”  said Veronique ‘‘Ronnie’’ Hakim, interim director of the MTA.

Commuters watching a live stream of the announcement on YouTube, however, were skeptical on whether or not the MTA could deliver on its promises.

“You barely provide service now,” Gillian Kane commented on the live chat. “Why do you think we’ll believe service will be fine when construction is going on?”

Officials said that detailed train schedules will be up later today at mta.info.

While the LIRR will not have fare reductions, the New Jersey Transit Authority announced reductions on the Morris and Essex lines and fare reductions for anyone affected by the reduced service.