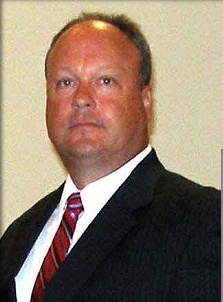 Text messages revealed in a New York City police corruption trial suggest that Stephen McAllister, now the Floral Park police commissioner, may have intervened in an arrest as a favor for alleged fixer Jeremy Reichberg.

McAllister, then a city police inspector, has not been charged. But federal prosecutors have said he played a role in a conspiracy in which Reichberg traded gifts with police officials in return for favors, according to The New York Times. McAllister has denied any wrongdoing.

In 10 pages of text messages, McAllister is shown asking Reichberg, a Brooklyn businessman, for price estimates on items like watches, jewelry and concert tickets to see Billy Joel and Luke Bryan.

McAllister had been previously investigated and cleared by the Village of Floral Park of any wrongdoing.

The trial, in which former NYPD Deputy Inspector James Grant and Reichberg are charged with bribery in Manhattan federal court, has seen scores of witnesses, including Jona Rechnitz, a prominent donor to New York City Mayor Bill de Blasio, testifying about lavish trips and misallocation of police resources.

The correspondence shows McAllister and Reichberg discussing the arrest of Eddie Sankari, the owner of a Brooklyn carpet business, in October 2015.

“Eddie Sankari the floor guy from Brooklyn,” Reichberg replied two minutes later. Prosecutors questioned NYPD Detective Iballys Starling, who arrested Sankari on the same day of the texts for aggravated harassment based on a complaint by a former employee.

Starling took Sankari back to her station and received a call from her commanding officer asking if she could issue a desk appearance ticket instead of processing a full arrest, the former resulting in a quicker release.

“Ok guy will make Night Court and be out tonight,” McAllister said in a message sent at 5:52 p.m.

“Jeremy, who is this guy we are trying to get out? He was arrested for same thing not to long ago, maybe he needs night in jail. Stephen,” McAllister said.

“U might remember him, he has the carpet/flooring store in The confines of the 66,” Reichberg said. “Mike knows him well.”

“His former worker is making false allegations against him,” Reichberg said in a third consecutive message.

“Okay we will get him out but he owes you big,” McAllister replied 13 seconds later.

Joel Weiss, McAllister’s lawyer, said that McAllister did not act improperly in Sankari’s arrest and that he received no free items from Reichberg.

Sankari’s attorney said charges against him were eventually dismissed, according to Newsday.

Efforts to reach village officials for comment about the text messages were unavailing.

“Happy Holidays my friend. Any word on Billy Joel for New Years Eve?” McAllister said in a message the night of Dec. 27, 2013, but got no immediate response. He then forwarded the same message to Reichberg two days later at 2:30 a.m. “Hopefully will get it on Monday,” Reichberg responded one minute later.

McAllister’s and Reichberg’s conversation continued sporadically for the next two days as McAllister often texted Reichberg, concerned over the tickets, which Reichberg at one point responded to with “Relax.”

“Happy New Year. Concert was great,” McAllister said the day after the concert.

On Jan. 12, 2014, McAllister asked Reichberg if they could “fit them for Super Bowl?” referring to his sons, to which Reichberg responded that Rechnitz, who pleaded guilty to a conspiracy charge and is now a government witness in the trial, had already sold his suite. McAllister responded with an expletive that was redacted from the conversation.

Over the course of the texts, McAllister and Reichberg scheduled several lunches and dinners, often with other police officials like former NYPD Deputy Chief Michael Harrington. Harrington has since pleaded guilty to diverting police resources and received a sentence of two years’ probation.

Most often in the messages McAllister asked Reichberg for help finding prices for items like a diamond engagement ring, emerald pendant, Omega Seamaster watch and 60-inch LED smart TV. It is never indicated that McAllister received the items for free. 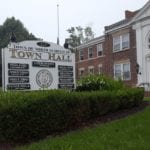