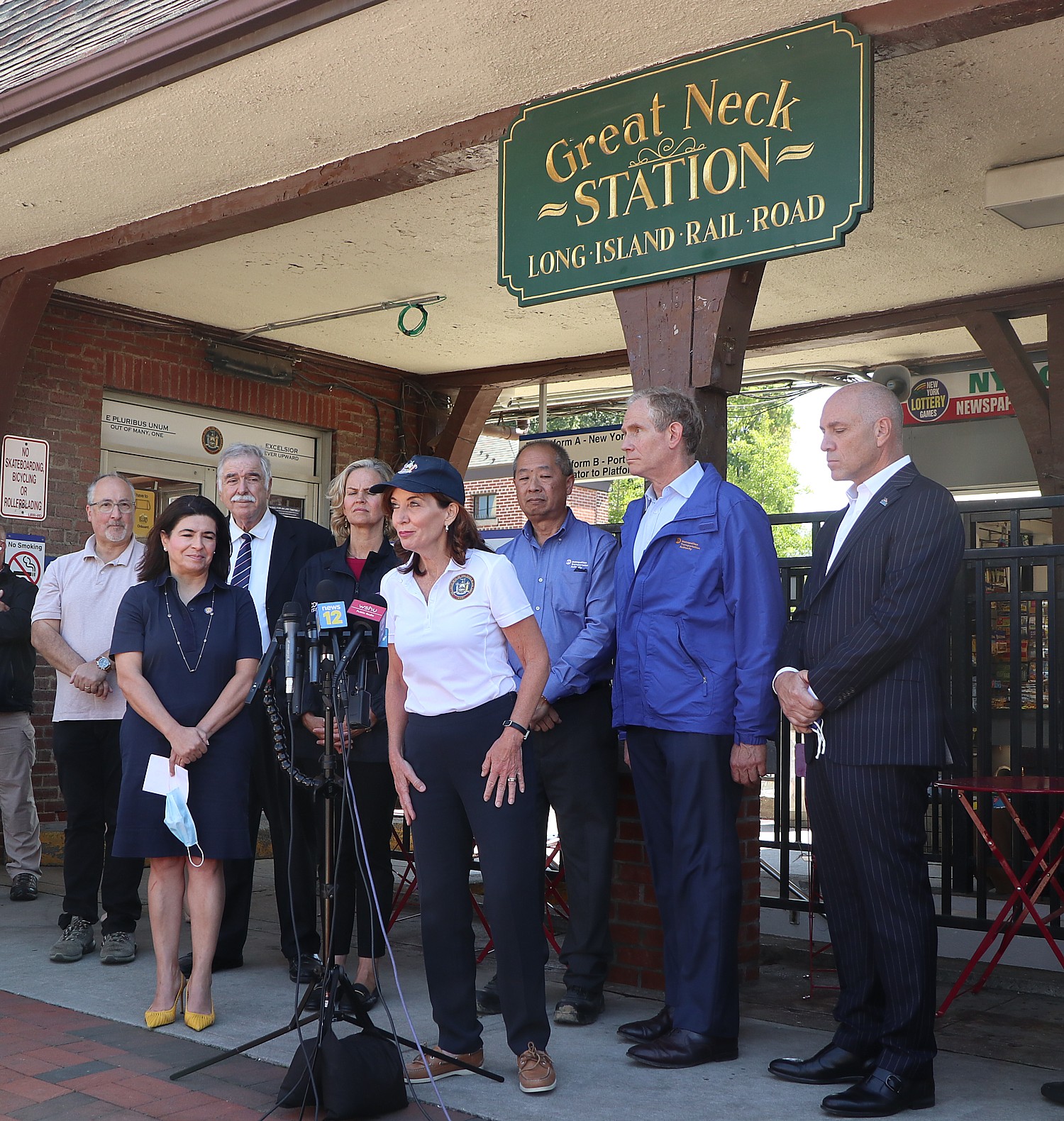 Flooding from Ida resulted in delays on the roads and the Port Washington branch of the Long Island Rail Road, along with damage to some homes across the North Shore last week.

Gov. Kathy Hochul visited the Great Neck station on Thursday to speak about some of the delays that the Port Washington line endured as a result of the storm. Though record rainfall was seen in parts of Nassau County and Long Island, Hochul said, preparations will be made in case the area sees similar rainfall in the future.

“We’re not treating this as if it’s not going to happen again for 500 years,” Hochul said. “What we saw, the record rainfall that precipitated, the situation out here in Great Neck … it was an unbelievable amount of rainfall in an incredibly short amount of time.”

By Thursday afternoon, the LIRR had restored regular service on all lines except for Port Washington’s, which was fully restored by Friday morning, officials said. LIRR President Phil Eng touted the recent investments made by the organization to combat and protect stations against extreme weather.

Curran asked residents who experienced damage to residential properties to contact the county’s Office of Emergency Management at 516-573-9600, so Nassau may be eligible for FEMA aid.

“All levels of government are working together to help recover and rebuild,” Curran said in a Facebook post. “We are committed to fighting to get relief as soon as possible for homeowners & reviewing needed infrastructure fixes.”

“These conditions caused the responding firefighters to cut the power to the locations in an attempt to remove the electrical hazards,” a statement from the department’s Facebook page said.

As of Thursday afternoon, the department responded to approximately 75 calls. Despite no injuries, the chief’s car, a ladder truck and a high-axle vehicle sustained “significant water damage.”

Town of North Hempstead Supervisor Judi Bosworth told Newsday that the three inches of rain that fell in various communities was more than the town’s drainage system was designed to handle.

“There were reports of people having to go to the roof of their car to be safe,” Bosworth told Newsday last week. “Cars were, I think, actually floating. So it was deep … Here in the town, the North Shore communities really got hit.”

A Look On The Lighter Side: It’s Still My Flag
Next Article 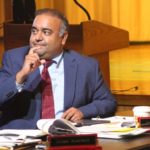 Butera, Passi both being paid as Manhasset’s superintendent: contracts