Floral Park-Bellerose school district officials announced at their Board of Education meeting Monday that the district’s computer system had been infected with a type of malware known as “ransomware,” impeding its progress in delivering virtual education to students.

Computers that are infected with ransomware have parts or all of their systems locked, typically until the owners of the systems pay a ransom to the anonymous hackers behind it.

At a livestreamed meeting with only audio available, a district official who was not identified said there is “no reason to believe any private or critical information has been breached.”

The attack was reported to Nassau County BOCES, which began to shut down all the servers, stopping the spread of the malware. The district had prepared for such an event by backing up its computer data and storing it off-site.

School officials have reported the attack to the FBI, Homeland Security and the police forces of Nassau County and the Village of Floral Park. The FBI is conducting an investigation, the board reported.

The complete restoration of the computer system could take “several weeks,” but the district is focusing on restoring the systems needed for teachers to conduct classes.

“Unfortunately, the restoration process requires some down time to recreate these servers,” a district official said. “There’s no doubt that this was a calculated attack that delayed our plans for a smooth and successful reopening of schools.”

The district anticipates there may be some issues with printing and other “miscellaneous systems” that may need to be updated.

A team of technicians from BOCES has been on-site since the attack to provide support; the district also has insurance for such cyberattacks.

“Where other districts were working out the kinks on the first day of school, it was a lost opportunity for us as many of our platforms and communications were down completely and locked by ransomware,” a district official said.

The district reported that at the time of the attack, the number of students opting to take classes remotely was changing quickly, further complicating the issue. Currently, 280 students in the district are taking classes only online.

Since beginning school on Sept. 8, the district has not reported any cases of COVID-19. 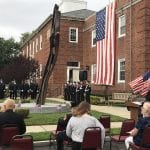 North Shore remembers those lost on Sept. 11
Next Article 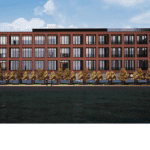