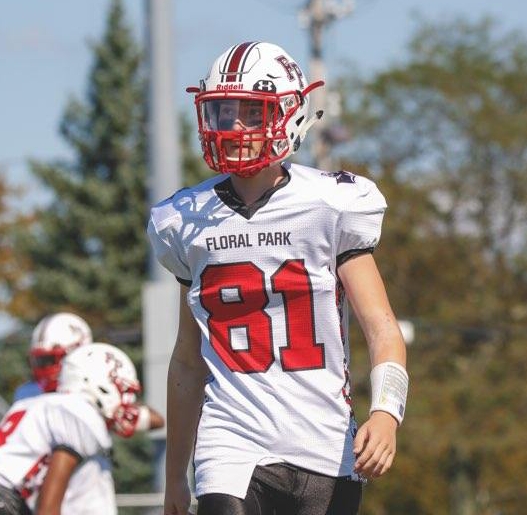 Floral Park Memorial High School football player Kenny Espinel is in the running for a $5,000 grant for his high school’s football program, something he’s familiar with.

Espinel, one of six high school finalists from the tristate area for the 2018 USA Football Heart of a Giant award, was nominated, among other reasons, for previously bringing funding to the team.

Before this season, in which the Floral Park Knights went 4-4 and missed the playoffs by one game, Espinel wrote a letter to a charitable foundation asking for a  donation to the team for an equipment upgrade. The charity requested to remain anonymous.

The foundation followed through, in the form of a $10,000 donation that the team used for new helmets, specifically 30 five-star Riddells, and other safety and practice equipment. Head football coach Ronald Pickett nominated Espinel for the award thereafter.

“The Heart of a Giant award is for somebody that does something for the betterment of his community and his teammates,” Pickett said. “That’s him.”

Football is not Espinel’s only sport. He is a basketball player first, according to Pickett, but his dedication to the team’s safety “says a lot about him as a person.”

As a result of Espinel’s efforts safety was key this past season, and no player on the team reported a concussion or serious head injury, Pickett said.

Espinel and the five other finalists, four from New York and one from New Jersey, will attend Sunday’s New York Giants game against the Tennessee Titans. All six finalists will receive a $1,500 equipment grant, but the grand prize winner will receive a $5,000 grant and be honored during the game.

The Heart of a Giant award winner should demonstrate commitment, character, dedication and teamwork, according to USA Football.

“To me, teamwork is in my blood,” Espinel said. “Since I was able to play sports, I’ve always enjoyed being part of something bigger than me.

“Teamwork is working together with people who want to reach a common goal and you learn to care about them as if they were your immediate family.”

Espinel also said he has found a sense of family while playing football.

“I am fortunate enough to have great teammates who are also my friends that I enjoy spending time with off the field,” Espinel said.

For Espinel, the donations, safety and awards are about leaving a legacy.

“It feels good to help people, and I want players after me to enjoy their time here and be safe,” Espinel said. “When I’m gone I want to know that I left my mark.” 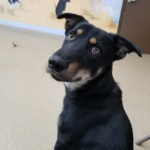 Animal shelter would get $777,262 worth of improvements with capital plan
Next Article 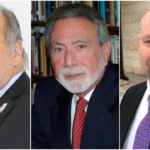