Stephen Nasta claims a great deal of knowledge about the criminal justice system by parading his past credentials with the New York Police Department, yet writes a letter filled with inaccuracies, misinformation and pure ignorance of judicial review.

As reported in your paper by Amelia Camurati (Aug. 3), “Daniel Bagnuola, spokesperson for the Nassau County Courts, said (Judge Erica) Prager was not informed of Drayton’s past criminal history through either attorney in the case or through a New York State ID or New York State SID, which provides background information for the judge while considering things like bail.”

Yet, Mr. Nasta tells us ‘he finds this difficult to believe.’

Why? Because you were a cop, we should bother to read or even publish your baseless statements.

Further, in the same reporter’s account we have this, “Mr. Drayton did not have a prior criminal record and had not been indicted”.

Let’s linger a bit on the last word above, not indicted. In legal circles, that indicates a weak or low-level misdemeanor charge, thus the very low $2,000 bail set by a different judge’s prior ruling.

Taking everything into account, Judge Prager’s actions were reasonable and logical. Mr. Nasta, how’s all that knowledge and experience equating now?

Ms. Camurati further reports per Mr. Bagnuola, “It would have been impossible for the judge at that time to foresee the allegations unfolding and coming to light with regard to this defendant.”

Up to this point, Mr. Nasta is inaccurate and misinformed.

But, his last statement, “Her actions should be reviewed by a judicial oversight board” shows his real ignorance of court protocols or his willful disregard for the facts.

The review process immediately kicked in by Superior Court Judicial Review, a scrutiny of the transcript of the proceedings (court stenographer) along with multiple conversations, discussions with Judge Prager.

What’s it costing you to stay in your home?
Next Article 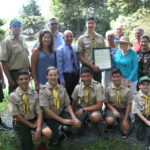