Former Israeli Prime Minister Ehud Olmert said in an interview hosted by a local college that he hopes President-elect Joe Biden has the “courage” to return to the 2015 Iran nuclear deal and renegotiate “an even better agreement.”

He also said that President Donald Trump and Israel’s prime minister, Benjamin Netanyahu, both failed as leaders in handling the COVID-19 pandemic.

Olmert, who served as prime minister from 2006 to 2009, spoke with journalist Rita Cosby over YouTube on Friday as part of the Headliners of Service Virtual Speaker Series at the Brookville-based LIU Post’s Global Service Institute.

“I must say that Donald Trump was a friendly president to the state of Israel, there is no question about it, we are grateful for him,” Olmert said. “But of course, one must understand that even us, as much as we are obsessed with our own needs and our own difficulties and our own challenges, we think that it is very important that the President that will be elected to America will be good for America to start with.

He said he saw Biden as “a great friend of Israel,” and that he preferred Biden’s attitude on the country to Trump’s.

“[Biden’s] attitude to the state of Israel is not the same as Trump’s,” Olmert said. “Not that he is less friendly to Israel, but he thinks that the only possible solution for the conflict in the Middle East must be based on two states. Which is also what Trump said, but also, no annexation, no unilateral steps, no building of settlements by the state of Israel, and he said it and he spelled it out in the most explicit way, only in the last few weeks before the elections. So here he is entirely different from Trump, and to be honest and transparent, I prefer Biden’s attitude because it fits in with what I tried to do.”

“I think that Joe Biden’s attitude is the right attitude,” he continued. “It is an attitude based on friendship and commitment to the security of the state of Israel, I have no doubt about it.”

Throughout the discussion, Olmert was critical of his successor, Netanyahu, whom he has in the past compared to Don Corleone in the film “The Godfather.”

He also criticized Netanyahu’s and Trump’s responses to the COVID-19 pandemic.

“[Netanyahu] failed completely in coping, similar to Donald Trump by the way, in coping with COVID-19 and this was a complete failure, a complete inability to manage this in a proper way,” Olmert said. “We lost lots of lives, and over a million people in Israel are unemployed, which is the highest rate of unemployment we ever had in the history of the state of Israel, over 23 percent unemployment.

“The national debt grew tremendously, people are rioting and demonstrating on a daily basis in all the parts of the state of Israel, and every weekend hundreds of thousands of Israelis riot because they feel that they were neglected by the government, particularly by Netanyahu, in the most important and sensitive and essential part of their lives.”

Olmert, who spent 16 months in prison after being convicted of accepting bribes and obstructing justice during his time as mayor of Jerusalem and Israeli trade minister, predicted earlier this year that Netanyahu would face the same fate after being charged with bribery and fraud last year. 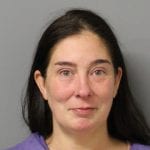