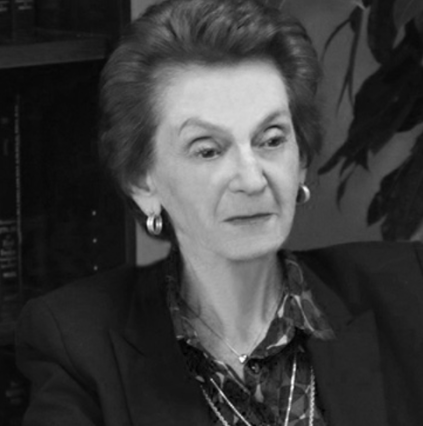 The Hon. Elaine Jackson "Jackie" Stack, a retired Justice of the New York State Supreme Court and former trustee and deputy mayor for the Village of East Hills, has died. (Photo courtesy of Barket Epstein)

Elaine Jackson “Jackie” Stack, a retired justice of the New York State Supreme Court who twice served as deputy mayor of the Village of East Hills, has died at age 89.

A Mineola resident near the end of her life, she died on Dec. 19 at North Shore University Hospital in Manhasset due to complications from COVID-19.

Born and raised in the South Bronx as the youngest child of bookkeeper Elsa Kamioner and hotel caterer and Polish immigrant Bernard Jackson, Jackson graduated from Manhattan’s girls-only Hunter College High School in 1947, at age 16.

In 1951, she met numismatist Norman Stack, and married him two years later. Once he was drafted into the U.S. Army, they briefly lived in Bamberg, Germany, before moving to  Jamaica Estates, Queens. The Stacks bought a home in Roslyn Heights and later moved to East Hills, where they raised their four children.

Stack had briefly attended Hunter College after graduating from high school, but left to support her family when her mother fell ill. In 1971 Stack studied at what was then C.W. Post College of Long Island University, graduating in 1973, and finished St. John’s University Law School in 1979 at age 48, a year before her youngest child graduated from high school.

Soon after passing the bar, Stack joined the Nassau County district attorney’s office later that year, where she would serve as deputy chief of the Rackets Bureau and in other trial bureaus until 1986. Afterward, she spent five years in the Family Court of Nassau County, handling custody and parental access cases, guardianship matters and family offense cases. She also argued criminal, civil and family law cases at every level of the New York court system and in the Second Circuit Court of Appeals.

During her career in the D.A.’s office, Stack also became involved in local politics, serving first on the Zoning Board of Appeals for the Village of East Hills. She was elected to the village’s Board of Trustees in 1987 and served as deputy mayor twice, once from 1988 to 1991 and again from 1994 to 1995.

In 1996 Stack was elected to Nassau County’s District Court, and in 2000 she was elected a justice of the New York State Supreme Court. While there, she spent eight years serving in a matrimonial part of the court, hearing cases that involved divorce, property and custody cases.

Former Nassau County Court Judge David Ayres first encountered Stack in 1995, while he worked as an assistant district attorney for the county.

“The news around the office was never to go into her courtroom unprepared because then she’d rip you to shreds,” Ayres recalled in a phone interview. “Her reputation preceded her in every conversation. But she was a delight to appear in front of.”

By the time Ayres retired from the bench in 2012 and began working at the Garden City law firm Barket Epstein Kearon Aldea and LoTurco, Stack had been working there as of-counsel and head of family and divorce mediation for several years, a role she held until her death.

Ayres, now a managing partner at Barket Epstein, said that the “smart, fair and receptive” Stack was handling cases for the firm until she fell ill.

“She was always thirsty for more work, always looking to help out and give insight,” Ayres said. “You could talk to her about anything, and I marveled at the energy she had. If I could have half the energy that she had her age, I’d sign up for it.”

“I wish that I could appear in front of a judge like her in every courtroom,” he added. “She was so well-prepared, she did her job as easily as if it was breathing.”

Following her retirement from state Supreme Court in 2007 at age 76, Stack also served on a panel that adjudicated allegations of lawyer misconduct, and served as an adjunct professor of law at her alma mater and at the Hofstra University School of Law.

Stack is survived by her children, Ronald Stack (Barbara), Brenda Stack Freed, Dede Stack Unger (Scott) and Claudia Stack Strobing (Frank), as well as 15 grandchildren and seven great-grandchildren. She was predeceased by her husband, Norman, in 1992 and by her partner, Sanford L. Goldsmith, in 2015.

The family said that donations in her memory may be sent to the We Care Fund of the Nassau County Bar Association, www.nassaubar.org/donate-now, or American Friends of Magen David Adom, www.afmda.org.

The Legalities of Online Casinos
Next Article