Deep within the thousands of pages of the governor’s budget is a proposed law that will essentially end single-family zoning in Nassau County and across the state. The proposal will overrule local zoning laws and will give every homeowner the right to create an apartment (“accessory dwelling unit”) in their home or on their property.

By inserting the proposal in the budget, the governor and radical lawmakers seek to avoid public scrutiny, legislative debate and a vote on a stand-alone bill. Instead, the proposal would become law once the overall budget passes.

Mandating that an apartment may be placed in every single-family home will increase the number of students in our schools. While the cost to educate a student differs from district to district, according to the Empire Center for Public Policy the average budgeted per-pupil expenditure on Long Island is $32,969 per year. The increase in students will inevitably lead to higher taxes, fewer programs or both.

Ending single-family zoning will also put additional stress on the environment, including the aquifers that provide our drinking water. It will create higher demand for sanitation, sewage treatment, our electrical and gas supply as well as emergency services. There will be more cars in our residential neighborhoods and more traffic congestion, with the environmental consequences that flow from that congestion.

We all understand that there needs to be more affordable housing on Long Island, especially for our seniors. However, this radical proposal will forever erode our suburban quality of life, which I believe is exactly what some progressive urban lawmakers intend.

We simply cannot stand by and allow this to happen. It is critically important for your voices to be heard. I encourage you to call the governor’s office and other state representatives to let them know that this irresponsible proposal must be removed from the governor’s budget and defeated.

I urge you to contact Governor Kathy Hochul (518-474-8390) and your state legislators to express your opposition. You can also visit: www.governor.ny.gov/content/governor-contact-form to submit comments. 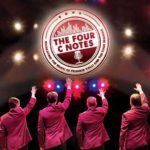 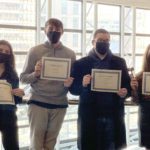