Here’s my take on the political winners and losers in this year’s game of Nassau politics.

Tom DiNapoli:  In his election to a third full term as state comptroller, DiNapoli, a resident of Great Neck, once again received the highest percentage of statewide votes cast.

Four years ago, DiNapoli garnered 60 percent while Cuomo trailed behind him receiving only 54 percent of the vote. Many political wags believe DiNapoli, who is very popular with Democratic Party activists, would be a strong candidate for governor in 2022.

Laura Gillen:  Despite bitter, vicious, spiteful and irrational opposition from the Hempstead Republican Town Board majority, Supervisor Gillen has strived to reform the Town’s budget process and to end procurement and fiscal “smoke and mirror” practices.  For her tenacity, she deserves to be re-elected to a second term next year.

Peter King:  The26-year Republican Congressional veteran overcame the anti-Trump onslaught on Nov. 6 and was re-elected to a 13th term.  All should be grateful that this great advocate for New York will be serving two more years in Congress.

Bruce Blakeman:  The Town of Hempstead Board member, who previously lost races for County Legislator, State Comptroller, U.S. senator and Congress, is a winner this year for making a major political faux pas — telling the truth.

He confessed to Newsday that the dubious budgetary township practice “Less: Savings”, he has supported in the past, is a fiscal shell game.  “Less: Savings,” he said, “is a way to pad money and hide money by removing it so there’s a surplus next year so whoever is running can say they’ll save taxes.”

Joe Mondello:  The long-term Nassau Republican political boss had the good sense to retire this year and accept a very minor diplomatic post from President Trump to get out of town.

While Republicans suffered record losses this November in New York, the Ambassador to Trinidad and Tobago was sunning poolside.

Curran’s worst mistake was appointing political ne’er-do-well Richie Kessel chairman of the Nassau County Industrial Development Authority.  Why she redeemed this hack who was criticized in several state investigative reports is beyond me.  Speaking of fluff, whatever happened to the Curran task force led by Frank Zarb “to address persistent deficits in the County’s $3 billion budget”?

Ed Mangano:  The Federal corruption trial of the former Republican County Executive is slated to commence in early 2019.

Rob Walker:  The Federal corruption trial of the former Republican Deputy County Executive is slated to commence in early 2019.

Edward Ambrosio:  The Federal corruption trial of the Republican Hempstead Town legislator is slated to commence in early 2019.

Dean Skelos:  This convicted felon’s jail sentence is slated to commence in early 2019.

Joe Cairo:  The new Nassau GOP political boss presided over the worst political meltdown in the County’s history.  Years of moral corruption finally caught up with Cairo’s Republican organization.  Come January, not one of the five Nassau Senate seats will be held by a Republican. 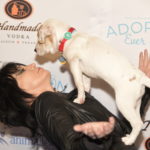 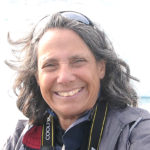