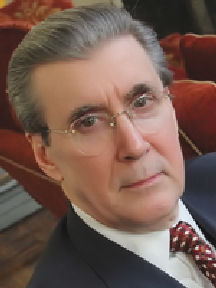 During the past 50 years, four New York lieutenant governors have ascended to the office of governor, three of them via resignations and one through election.

The first was Malcolm Wilson. He was sworn in after Gov. Nelson Rockefeller resigned in 1973. Eminently qualified, the 35-year Albany veteran was highly regarded for his administrative and legislative skills. But as a candidate, he lacked charisma and lost to Hugh Carey in 1974.

Next was Mario Cuomo. As secretary of state in the first Carey administration and as lieutenant governor in the second, the extraordinarily talented Cuomo took on numerous governmental tasks. He was also free to travel the state and built a statewide political organization.

As Cuomo’s public persona grew, he even considered challenging Carey in a primary in 1982. And when Carey chose not to run for a third term, Cuomo went on to beat Mayor Ed Koch in the primary and Lew Lehrman in the general election.

Knowing how he effectively used the office of Lieutenant Governor, Cuomo slashed the staff of Lt. Governor Al DelBello and politically eviscerated him. DelBello resigned out of disgust in December 1984.

After Gov. Eliot Spitzer resigned in disgrace in 2008, David Patterson, known for his social charms but not his governing skills, became the state’s chief executive.

The hapless Patterson muddled through the remainder of the term, as Attorney General Andrew Cuomo plotted to replace him.

His first lieutenant governor, Robert Duffy, was a former Rochester mayor and top cop. After four years of being under Cuomo’s thumb, Duffy declined to run for a second term.

Cuomo chose Kathleen Hochul as his next lieutenant governor for two reasons: she was an upstater and her resume was pretty thin. Hochul’s claim to fame was winning a special congressional election in a traditionally Republican district and for being booted out a year later.

While in public life in the Buffalo region, Hochul was a center-right Democrat. She ran on the Conservative Party line in her race for Erie County clerk, and opposed Gov. Spitzer’s plan to grant undocumented immigrants’ driver licenses.

In Congress, she was for reducing the federal deficit and Medicaid spending, and was proud to be endorsed by the National Rifle Association.

Since becoming governor, however, Hochul has shifted to the far left in policies and appointments.

Also, she has been the anti-Cuomo, showing the door to the former governor’s toadies.

To be named to so many posts meant Law did Cuomo’s bidding.

We will soon learn if Law will now do Hochul’s bidding at ESDC, particularly when it comes to doling out hundreds of millions of dollars in ESDC political swag to state legislators.

Placating the radical leftists in her party will probably cost Hochul the governor’s chair next year.

Because no matter how much she gives in to progressive demands, it will never be enough.

In the end, the AOC crowd and the Working Families Party radicals will support one of their own–be it Attorney General Letitia James or Jumaane Williams, who came close to beating Hochul in the 2018 Democratic Primary for lieutenant governor.

By embracing the left, she also risks alienating those who should be her natural constituency, working-class folks in upstate New York and suburbia.

And if Congressman Tom Suozzi enters the gubernatorial primary in 2022, he will peel away from Hochul moderate Democrats on Long Island, Staten Island and upstate.

If Hochul continues down the leftist primrose path, I predict she will be moving out of the governor’s mansion on Dec. 31, 2022, and like Wilson and Patterson, will fade into political oblivion. 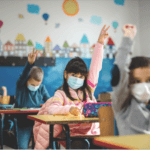 Vaccinations could be coming to younger children soon; 95 percent of Nassau adults have at least one shot
Next Article 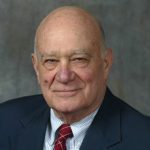