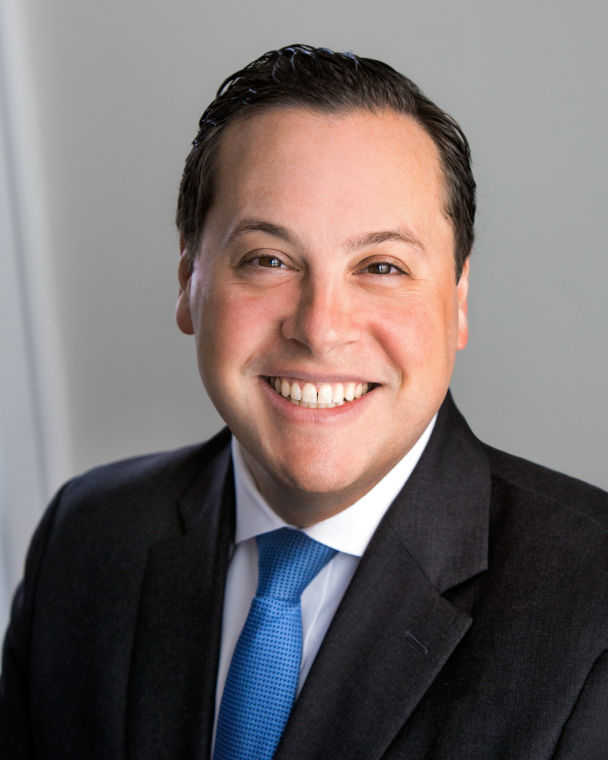 Michael Glickman, a vice president at Long Island University and a Great Neck Plaza resident, is taking the next step in his professional career but returning to a field that he has served in the past: Jewish history.
Glickman, who has worked at LIU for a little over two years, will begin his new post as president of the Museum of Jewish Heritage in Manhattan on Sept. 1.
“I am eager to jump in and really help reintroduce this institution to the New York community and beyond and continue moving forward in the way this terrific staff and outstanding board have been working for so long,” he said. “It’s really a question of how we can continue to move the museum to do more and have more of a role in cultural life in New York.”
The position overseeing LIU’s Department of Strategic Partnerships and University Advancement was not Glickman’s first at the university.
He was named the director of C.W. Post’s alumni affairs office after graduating from the school in 1999 with a bachelor’s degree in political science.
Following a second graduation from C.W. Post in 2001, when he obtained a master’s degree in political science, Glickman worked as a media relations agent for New York City.
Glickman then began to work for the Center for Jewish History in Manhattan, a historical institution that has thousands of documents on Jewish history, in 2002, where he worked for 12 and a half years, eventually becoming the  chief operating officer.
He said that serving at Long Island University was a “great opportunity” to reintroduce the school to its alumni base and that he created “so many” memories since he took the position in June 2014.
“I think I would say I enjoyed everything from being able to bring in the NBA to host the fan all-star events back in 2015 on our Brooklyn campus to the ability to introduce the new ‘An Evening at Merriweather’ community event to really being able to help our massive alumni base understand the role they play in this community,” Glickman said.
While he said he would miss LIU, he said the opportunity at the Museum of Jewish Heritage was difficult to pass up.
Glickman said the museum was searching for a new president and their “paths crossed.”
“I think in one’s career, certainly in mine, there have been pivotal moments where an opportunity comes about,” he said. “When you look at an institution like the Museum of Jewish Heritage, this is one of the most important roles one can play in New York and especially in the Jewish community.”
Glickman said the museum aims to educate the public about 20th and 21st century Jewish history and provide understanding of the periods before and after the Holocaust.
“Having such a spectacular institution that really sort of takes this notion of ‘remember and never forget’ and puts it onto a public platform and gives people the opportunity to experience that dialogue and experience exhibitions that tell the stories, it’s something you don’t find at many places,” he said.
Having been a Gold Coast Arts Center board member for the past nine years and serving as its president for the past two and a half years, Glickman said he would remain as the board’s president.
“From the standpoint of the community, Great Neck is my home,” he said. “It’s something that I think is truly important for the Great Neck community and the North Shore of Long Island to continue rallying around. I’m happy to continue my role there.”
Glickman said he wanted the museum to continue attracting Long Island residents, as it has done in the past.
“The museum is a place that sees good traffic coming from North Shore and we want to continue to be an entity that welcomes that and looks forward to welcoming those through the doors of this museum,” he said.