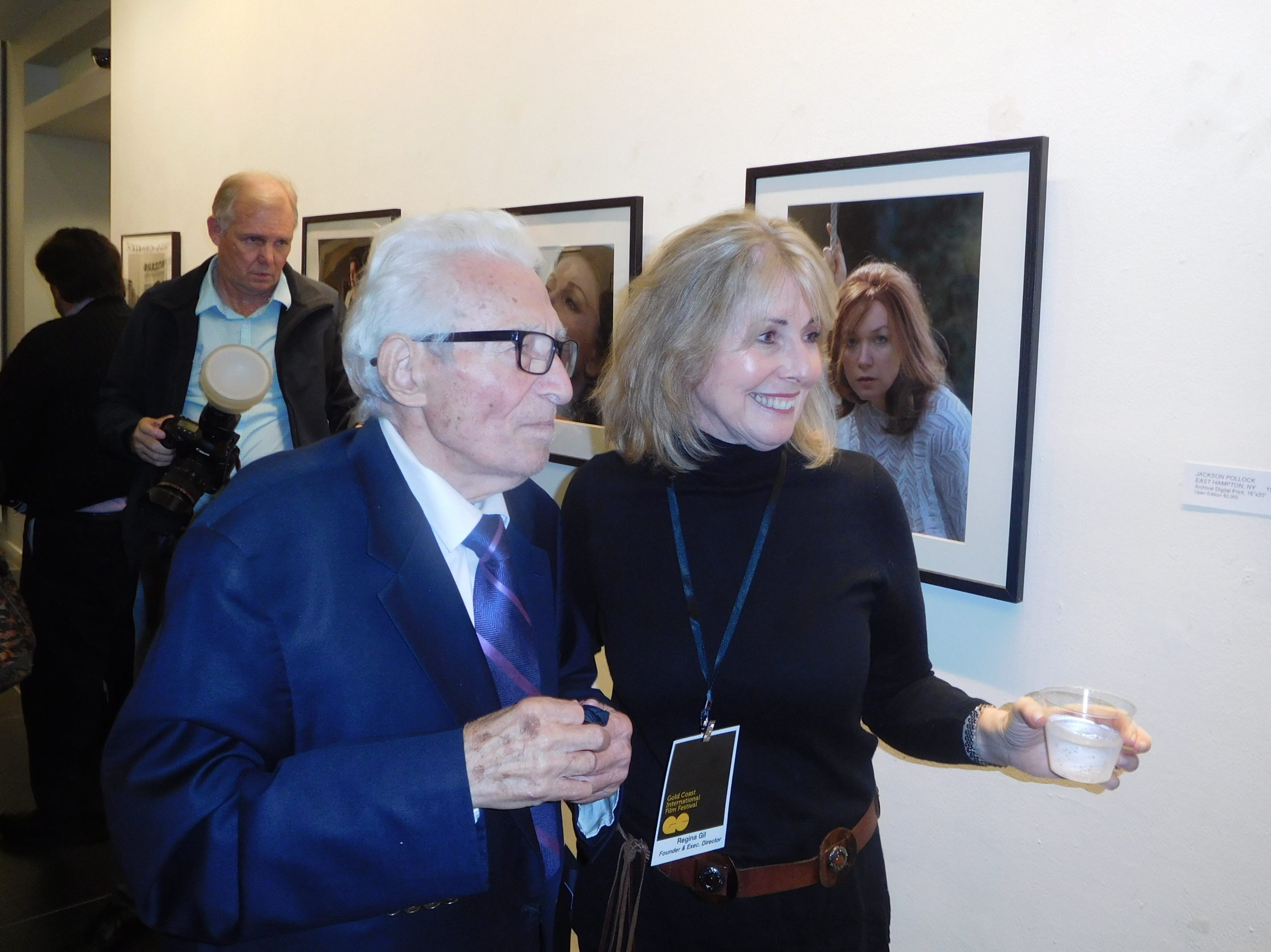 Regina Gil, executive director of Gold Coast Arts Center chats it up with their featured artist on Sunday, Tony Vaccaro. Vaccaro is a world renowned photographer and several of his photographs were on display. (Photo by David Pollard)

Tony Vaccaro may have been born with a camera in his hand, because many have said the pictures he has taken over several decades remain relevant and impactful.

Some of these photographs were on display, along with the man who took them, in Great Neck, New York on Nov. 5 as part of an event put on by Gold Coast Arts Center Gallery.

The Sunday evening event was also a kickoff debut of a documentary about Vaccaro’s life and work called Underfire: The Tony Vaccaro Story, as well as this year’s Gold Coast International Film Festival.

Michael A. “Tony” Vaccaro, now 96, lives in Long Island City, New York and has been a professional photographer for over 80 years.

His most notable works range from pictures of prominent figures like fashion photographs, portraits of Sophia Loren and Pablo Picasso, and his time spent as an infantry soldier during World War II, where he captured various perspectives of the war with a rifle in one hand and a camera in the other.

The Gold Cost Arts Center’s movie theater was filled to capacity for those interested in seeing the documentary followed by a question and answer session with Vaccaro. Afterwards, those in attendance were able to attend a gallery reception to see some of Vaccaro’s work up close.

Susi Ross of Great Neck, who admired his work during the reception, said the photographs he took during World War II, especially those in Germany, made her a bit emotional.

Ross noted that she is Jewish and that some of the photos Vaccaro took during World War II reminded her of the persecution of Jews that took place during that time.

“The pictures are excellent,” she said. “They are very good and very moving.”

Maria Vaccaro, Tony Vaccaro’s daughter-in-law and agent, said her father-in-law has dozens of boxes filled with film and pictures he’s taken over the course of his career.

“There were boxes and boxes of stuff and in 1997 he said he had enough and said he wanted the public to see his work,” she said.

And so they did, and along with his photos, Tony Vaccaro was the center of attention during the reception.

Richard Heinel, 93, thought the Vaccaro’s photographs were “terrific” but brought back a lot of unsettling memories. He was in the infantry during World War II, serving in France and Germany.

“I was in many of those places Tony Vaccaro photographed,” he said. “It brings back a lot of memories; things you try to forget.”

Vaccaro said his World War II photos were his way of exposing the good and mostly the bad that come with wartime conflict.

“Mankind needs to stop calling themselves things like French, Italian and German and begin to call themselves human beings,” he said. “It’s insanity. Mankind has to get out of the mindset when he was almost an animal.”

He said while people come from different countries and different backgrounds, the blood that runs through every person’s veins on earth is basically the same.

“We are human beings and nothing else,” he said. 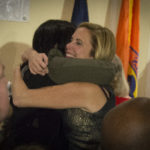 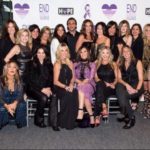