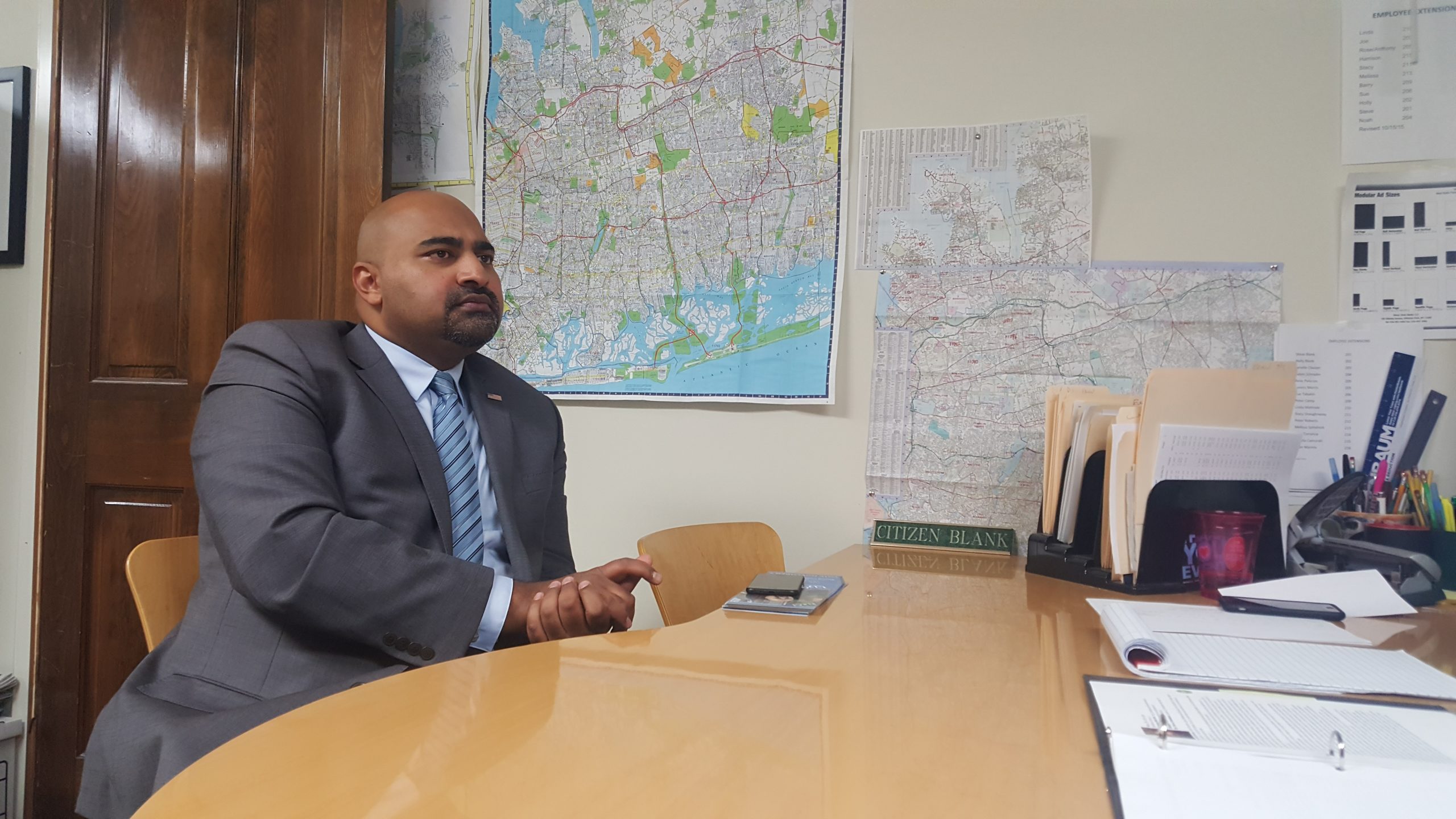 Jerry Vattamala, a civil rights lawyer with the Tribeca-based Asian American Legal Defense and Education Fund, is running against a longtime incumbent for a spot on the North Hempstead Town Board.

“I’ve been to one city council meeting, the one in August,” Vattamala said. When asked if he thinks that attending one meeting is sufficient for a candidate for Town Board, he said, “Yes.”

Vattamala, 37, is running in the 3rd District against Angelo Ferrara  (R-New Hyde Park), who has served on the board for 18 years.

Vattamala, who is currently not registered with a party, said he is in the process of becoming a Democrat, which will not take effect until after the election.

“We unfortunately don’t have term limits in North Hempstead,” Vattamala said. “After 20 years, I don’t think it’s healthy for a democracy to have somebody in there that’s not personally affected by what’s going on in the town.”

Vattamala said the position attracted him because it is part-time.

“I like that you have your full-time job and this is sort of extra,” Vattamala said. “You should not be making decisions on whether it’s going to help you keep your job or not.”

But Vattamala ultimately decided to become a candidate to address concerns he said he has become aware of since his mother’s retirement and since he has become a father.

“It took me three tries to get [my oldest daughter] into swimming at Tully Park. The spots fill within 20 minutes. So I had to get online at 6 a.m. to get her in,” he said. “I’m paying $13,000 in taxes. We can do better than this for something as simple as summer swimming.”

Vattamala said he became aware of complaints with local government after transitioning from a corporate law firm to the nonprofit civil rights organization about seven years ago.

“As a young associate in the law firm where I started out, I was literally just sleeping in my house for a few hours and going back to the firm,” he said. “I had no time to look at what’s going on the park, let alone even walk in it.”

But Vattamala, who also teaches at New York Law School, said his schedule now allows him to become aware of local issues and participate in politics.

“My hours are more flexible at this job; I sort of make my own hours,” he said. “So I’m confident that I can work around that.”

Vattamala said his biggest concerns would be the beautification of Garden City Park, affordability for seniors and spreading awareness of Project Independence, a program  to help aging residents stay in their communities.

“My mom was an ICU nurse for 40 years and retired two years ago. Now I want to know what’s available to her,” Vattamala said. “Project Independence is an amazing program. But not enough seniors are aware of it.”

Vattamala said he hopes to find “some kind of deduction on their property tax” so senior citizens are not forced out of their homes.

“It’s a very sad thing when our seniors who’ve lived here 40-50-60 years can’t afford to pay the property tax and they’re forced out,” Vattamala said. He conceded that seniors are already provided tax deductions, “but that may not be enough for seniors to stay here.”

He also suggested technological solutions to problems with the town’s Building Department. He said the most frequent complaint he has heard from residents is that they remain uninformed on the timeline for obtaining needed permits.

“We need to have a different procedure in place for the Building Department to use technology to speed up the process and allow the customers or residents interacting with the Building Department to have a better understanding of where they are in the process,” Vattamala said. “Implementing something like a tracking process when you order something online is something that I would want to do.”

Vattamala, who said he takes the train to work, was in favor of the LIRR’s project to build a third track on the Main Line.

“We need to invest in our infrastructure,” Vattamala said. “But I think it needs to be done in a way that we need to balance the needs of the residents as well.”

On his political views, Vattamala said: “In high school, I was maybe one of the most conservative people you could meet. I was registered Republican from 18 to 24. In 2004, I left the party. It wasn’t my party anymore.”

But Vattamala concedes there may not be much of a policy difference between him and his Republican opponent, adding that political parties don’t really matter in local politics.

“It’s all about providing services,” he said. “There’s not really a Democrat or Republican way to pick up the garbage or trim a tree.” 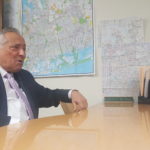 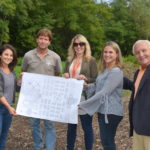 Growing a garden in Manorhaven