North Hempstead residents and animals rights activists filled the meeting hall at the Town of North Hempstead board meeting on Tuesday night to voice their objections to a town plan to euthanize Canada geese in town parks.

“You don’t want North Hempstead to be known as a town that slaughters its wildlife,” Edita Birnkant, New York director of Friends of Animals, told the board members.

“You’ll have to keep on killing them,” Birnkant said.

“People feel for the geese. Manhasset resident Theresa Pratt said. “They don’t want to see them rounded up and gassed. That is not humane.”

The town board unanimously approved a contract with the U.S. Department of Agriculture’s Animal and Plant Health Inspection Service Wildlife Services last month for the USDA unit to survey the geese and eliminate some of the estimated 600 geese inhabiting town parks.

The USDA says its preferred method of euthaniasia is carbon dioxide. The town would pay the federal agency $8,603 for the service plus an extra $6 per goose for processing meat to be donated to good pantries.

Kaiman said measures the town previously used of oiling geese eggs and using dogs to chase the geese from the parks had not proven successful. He said geese drop thousands of feces in town parks each year.

East Williston resident Elinor Molbegott, counsel to the Humane Society of New York, suggested the town board consider renewing a deal it formerly had in place with GeesePeace, an organization which treats eggs and alters habitats to discourage geese from settling in them.

“This is an opportunity for the town to rethink its decision and do the right thing, do the kind thing,” Molbegott said.

Brooklyn resident Joanna Clearfield, a state Department of Environmental Conservation licensed wildlife rehabilitator, said her community around Prospect Park had not yet recovered from the USDA’s euthanization of 3,000 geese in that park several years ago.

“This is a spiritual part of the community,” she said, adding that killing the geese would inform the “world view” of children in the community.

“I just want our kids to have something left of nature before it’s gone,” added Great Neck resident Carolyn Capurro.

Near the conclusion of the informal hearing, Kaiman said the town will explore other options to deal with the geese.

“If there’s some better way of dealing with it, we’re open to it,” Kaiman said.

Earlier in the evening, Kaiman suggested regular meeting’s be set up between north New Hyde Park residents and the members of the Hillside Islamic Center to monitor the center’s planned expansion in an effort to ease tensions.

The Hillside Islamic Center is proceeding with plans to erect a new $1.5 million two-story structure on the site of its former center at 300 Hillside Ave. Neighbors recently raised concerns about the handling of debris and asbestos from a north 2nd Street house adjacent to the center razed to make more space for parking at the center.

On Tuesday night, neighborhood resident Karen Zachow asked how many houses the center could remove to expand space for the center.

“If they were going to build a building bigger than they are now, they would have to come before this board,” Kaiman said.

Zachow said she was concerned about increased traffic in the neighborhood endangering her two children. She also said only 1.1 percent of North Hempstead residents are registered as Muslims and expressed concern about the impact the enlarged Islamic center would have on property values.

“Why should the residents of North Hempstead suffer from the loss of property values from people who don’t live here?” she said.

Kaiman said it’s “fair” for people to ask how the center would impact the neighborhood. But he said the town is also concerned about religious rights.

“The obligations we have are to all communities, including religious communities. They are protected by the First Amendment,” Kaiman said.

Neighborhood resident Patrick Holohan said he was “insulted” the Islamic center leaders had not notified the community about their plans, even though he said they were aware of it. He said if a Catholic church was being erected, he would feel the same way about the situation.

“The thing that amazes me is they’re calling us bad neighbors,” he said, referring to a recent Blank Slate Media editorial criticizing the Islamic center’s neighbors for seeking to impede the expansion project.

Abdul Aziz Bhuiyan, president of the Hillside Islamic Center, said the center is doing everything “within the law,” following town building department procedures on the project.

He pointed out that 40 percent of the students in New Hyde Park Memorial High School are Asian and said they want to live as “good citizens in the community and good citizens of the country.”

“If we instill some misunderstanding in [our children] then we have failed them,” Bhuiyan said. “We want to make sure our children have no animosity toward one another.”

Kaiman said in light of the concerns the center is causing its neighbors, a weekly meeting between representative of the center and its neighbors would help address ongoing issues.

“We need to know our neighbors. We need to accommodate them,” Bhuiyan said in response.

New Hyde Park civic association leader Jim McHugh said maintaining mutual understanding about the project “would create something that would make everything nice” and offered to represent the community at the meetings with town representatives.

An initial June 5 meeting is scheduled between representatives of the community and the Islamic center.

At the conclusion of the discussion, as Bhuiyan and McHugh stood at the speaker’s podium together, the two men shook hands.

• The town board approved a plan to sign agreements with the Herricks School District and Nassau County to improve the drainage system on Allen and Brian streets, an area where recurrent flooding has occurred. Town Commissioner of Public Works Paul DiMaria said the plan is to install a new pipe in a drainage ditch on the Denton Avenue School property which abuts the north end of both streets.

• The board voted to add $150,000 to the contract for purchase of the Great Neck Arts Center to “create more synergy,” as Kaiman put it, for the arts programs there. Town Councilwoman Dina De Giorgio questioned inclusion of the money in the contract for purchase of the property. Kaiman said it put the building’s value at $1 million and it was an easier way to make the contribution. The town board had committed $850,000 to the purchase. 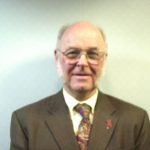