Our inventory is still at historic lows at four months compared to normal inventory of six to seven month. The demand is still there, but the SALT tax, which capped state and local tax deductions at $10,000, has truly cooled off the higher end market, especially in those states with high real estate taxes. The blue states — New York, Connecticut, New Jersey and California — have been hard hit.

We can thank our current president for this situation, causing many to leave the states they were brought up in to lower tax locations throughout the United States.

Although the market for homes priced at under $1 million is still doing fairly well, that inventory is extremely tight. There is one specific reason why: 76 million Baby Boomers, age 55-75 years of age and the 20 million Silent Generation born between 1925-1942 are staying and living in place and not moving. Four out of ten Baby Boomers, or 40 percent, own a vacation or second home and 57 percent have ownership of all the vacation homes as well as 58 percent of all rental properties in the country, according to National Association of Realtors statistics. Because of this, a majority of Baby Boomers are staying in place because they have choices of six months here and six months in their second domicile in warmer weather.

• Baby Boomers: Baby boomers were born between 1944 and 1964. They are currently between 55-75 years old (76 million in U.S.)
• Gen X: Gen X was born between 1964 -1979 and are currently between 40-54 years old (82 million people in U.S.)
• Gen Y: Gen Y, or Millennials, were born between 1980 and 1994. They are currently between 25-39 years old. (78 million in U.S.)
o Gen Y.1 = 25-29 years old (31 million people in U.S.)
o Gen Y.2 = 29-39 (42 million people in U.S.)
• Gen Z: Gen Z is the newest generation to be named and were born between 1995 and 2015. They are currently between 4-24 years old (nearly 74 million in U.S.)
The term “Millennial” has become the popular way to reference both segments of Gen Y (more on Y.1 and Y.2 below).
Realistically, the name Generation Z is a place-holder for the youngest people on the planet. It is likely to morph as they leave childhood and mature into their adolescent and adult identities.
Generation Y – Born Between 1980-1995
The largest U.S. age group since the baby boom will make an unbelievable impact on the housing market. Here’s what you need to know to tap into this powerful market segment. Life without Google, communication without text messaging and real estate without virtual tours are hard to imagine for the millions of people who fall into Generation Y. As children of the Baby Boomers, this group is predicted to make up the bulk of the U.S. population within 20 years.
That’s why it’s essential for Realtors to understand what makes Gen Y tick. After all, it won’t be long before Gen Yers are a dominant segment of home buyers. If you want to have a future in the real estate business, you must think about the customer of tomorrow. To get a better feel for Gen Y, here are some quick facts:
Becoming a majority. Experts say Gen Y ranges in size from 72 million to 78 million people nationwide and 2 billion worldwide.
The Web is their playground. They track down their friends on MySpace and Facebook, they download their songs from iTunes, and they send e-mails from their phones while waiting in line at Starbucks. And you had better pay attention to their e-mails, because they expect a fast response
They buy young. On average, Gen Yers buy homes at age 26, three years earlier than most Generation Xers, according to a real estate study. Gen Y is not just some kid out of college. They are kids with parents who want to see them get off to the right start and are willing to put 10 percent down on a house and have the kid pay the mortgage every month.
They have hectic schedules. Their lives are a lot busier than their parents’ were at their age, they’re always moving. They do their research. Don’t try to pull one over on this age group. You’d better know what you’re talking about because they will have done the research.
The Importance of Technology
It’s critical to embrace technology when working with young buyers. Nine out of ten Gen Yers have a home, lap-top computer or iPad. Almost all 97 percent have a cell phone or iphone FIX that is more advanced than your laptop, and 68 percent send text messages from their phone. Some 50 percent listed instant messaging as their preferred form of communication.
It’s important to have a well-designed and informative web site in order to appeal to this age group. It’s a given that young buyers will search for homes online, so make sure your site can be accessed through major search engines like Google, Yahoo, Bing  —even accessible through Facebook.
If they don’t get what they want right away from the person who promised it, it’s just a phone call, e-mail, or text message away to recruit another Realtor to do the work.
Is Younger Better?
While Gen Yers want a Realtor whose is comfortable with technology, they also value the expertise of a veteran. They feel safer dealing with someone around their parents’ age. If you identify your experience and show that you’re tech savvy, that’s a nice combination for young buyers and sellers. Older agents already have the advantage, as long as they don’t get out-communicated by not having the right tools like a Blackberry, or iPhone. Even the most experienced and tech-savvy Realtors will fail to win over Gen Yers if they don’t treat their clients like adults.
Ideas for Reaching Out to Gen Y
With Gen Y becoming a more powerful segment of the real estate market, there’s huge potential in catering your business directly to this demographic.
• Advertise listings on Craigslist… This online classifieds Web site is hugely popular with all buyers and sellers, but especially with the Web-savvy Gen Y set.
• Do not try to up-sell… find the home they want within their price range. They will love you.
• Know what they like… Younger buyers tend to want a home that’s close to work; near a park (to walk the dog); and within walking distance to shopping, the gym, and local bars and restaurants. Easy home maintenance is also high on their list.
So the future challenges will be available inventory, keeping up with the possible greatest demand to ever be realized in the United States as well as a more moderate price point and satisfying the specific changing “needs, wants and tastes of each group compared with the groups before them.”

Philip A. Raices is the owner/Broker of Turn Key Real Estate at 3 Grace Ave Suite 180 Great Neck. He has earned designations as a Graduate of the Realtor Institute and a Certified International Property Specialist. Receive regular free updates of sold homes in your area and a free Comparative Market Analysis” of what your home would sell for in today’s market or search on: WWW.Li-RealEstate.Com If you would like to receive a digital copy or a printed copy of “Unlocking the Secrets of Real Estate’s New Market Reality
Or “Our Seller’s Guide for “Things to Consider When Selling Your Home” just email or snail me (regular mail) with your name, email and cell number.
He can be reached by email, at:[email protected], or by cell: (516) 647-4289. 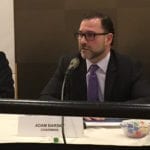 NHP-GCP Board of Education: meet the candidates