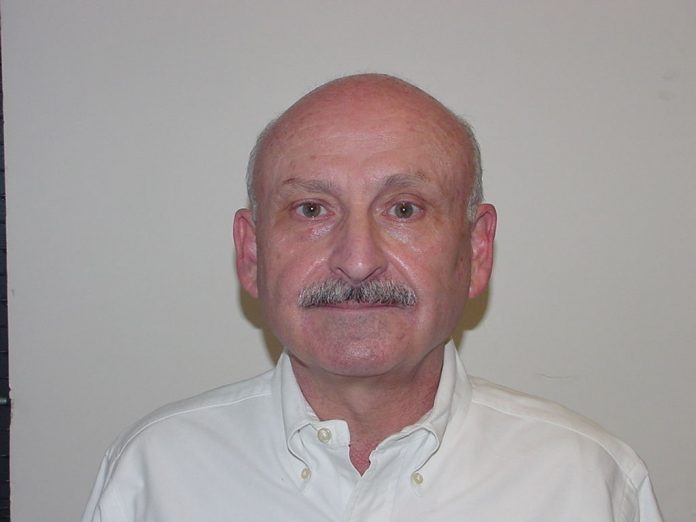 Gerard Terry, the former North Hempstead Democratic chairman, was charged Tuesday with federal tax crimes stemming from what a prosecutor called a “brazen pattern of deception.”

Terry, a Roslyn Heights resident, pleaded not guilty to tax evasion and obstructing the administration of U.S. tax law. The federal indictment alleges he failed to file income tax returns from 2000 to 2015, and lied about his income on returns in 2013 and 2015.

Terry is also “at the nexus” of several other investigations involving public corruption, kickbacks and other crimes, McConnell said during the arraignment in Central Islip.

“This really is more than simply a case of someone not paying their taxes,” McConnell said.

Terry faces as many as 51 months in prison if convicted on the federal charges, McConnell said. He is next due in federal court on March 14.

Terry lost five of his six government contracts and resigned from his post as North Hempstead Democratic chairman in early 2016 after Newsday reported that he had accumulated a $1.4 million in state and federal tax debt since 2000.

His contracts, including two with the Town of North Hempstead as the Board of Zoning Appeals attorney and as special counsel for the town attorney’s office, paid him a total of $217,000 in 2015.

Terry “willfully and intentionally” failed to pay more than $997,000 in federal income taxes between 2000 and 2017, McConnell said.

He did not file tax returns on time in any of those years, and the returns he filed late contained false information about his income, McConnell said.

IRS tax collectors started going after Terry’s money in 2006, but he avoided levies on his income by cashing checks from his employers at the banks from which they came and only depositing enough into his own account to pay personal expenses, leaving nothing for the government to take, McConnell said.

He also deposited more than $500,000 in a corporate checking account for a shell company he created, Neville Warwick LLC, to hide income from the IRS, McConnell said.

Some municipalities for which Terry had contracts for legal work never filed IRS Forms 1099, the form used for independent contractors, on his behalf, McConnell said.

Terry instructed his municipal employers not to open envelopes they received from the IRS and, on one occasion, had an employer make a credit card payment for him rather than cut him a check, McConnell said.

Federal agents found $30,000 in cash at Terry’s home when they searched it Tuesday morning. Terry’s attorney, Susan Scaring, said it belonged to his wife, Concetta Terry, who was in the courtroom Tuesday.

The federal indictment takes the allegations against Terry deeper and broader, indicating a network of deceptive practices that may have touched more than half a dozen Nassau County municipalities.

But Seybert instead ordered him confined to his home with an electronic monitoring device.

Terry’s brother-in-law, Anthony Matteo of Manhasset, put up a $600,000 property he owns in New Hyde Park as Terry’s bail.

“He has absolutely no reason to flee,” Terry’s attorney, Susan Scaring, said. “… He knew these charges were coming and he did not flee.”

Terry, who became visibly emotional during the arraignment, still has “deep roots” in the community and does not pose any risk, Scaring said.

Scaring argued that Terry should be allowed to continue working with his legal practice so he can earn money and repay the tax debt.

Along with Concetta Terry and Anthony Matteo, Gerard Terry’s son and daughter, who Scaring said live with him, were present in the courtroom Tuesday.

He is next due in state court on Feb. 8.

Terry and his attorneys want to resolve both cases simultaneously, Scaring said.

Terry was a key Democratic operative in Nassau County for more than 40 years, helping the party win seats in town, county and statewide elections.

In a statement last year, he blamed his tax problems on “Type A workaholic compulsion with self-denial and truly catastrophic health issues.”

Terry previously said he was working with the Internal Revenue Service to pay off the tax debt.

Terry’s arrest prompted the Town of North Hempstead to tighten its ethics policies and to enforce for the first time the requirement that local political party leaders submit financial disclosure forms.

Carole Trottere, a town spokeswoman, said, “The town is fully cooperating with the authorities.”

Bosworth highlights transparency in state of the town address