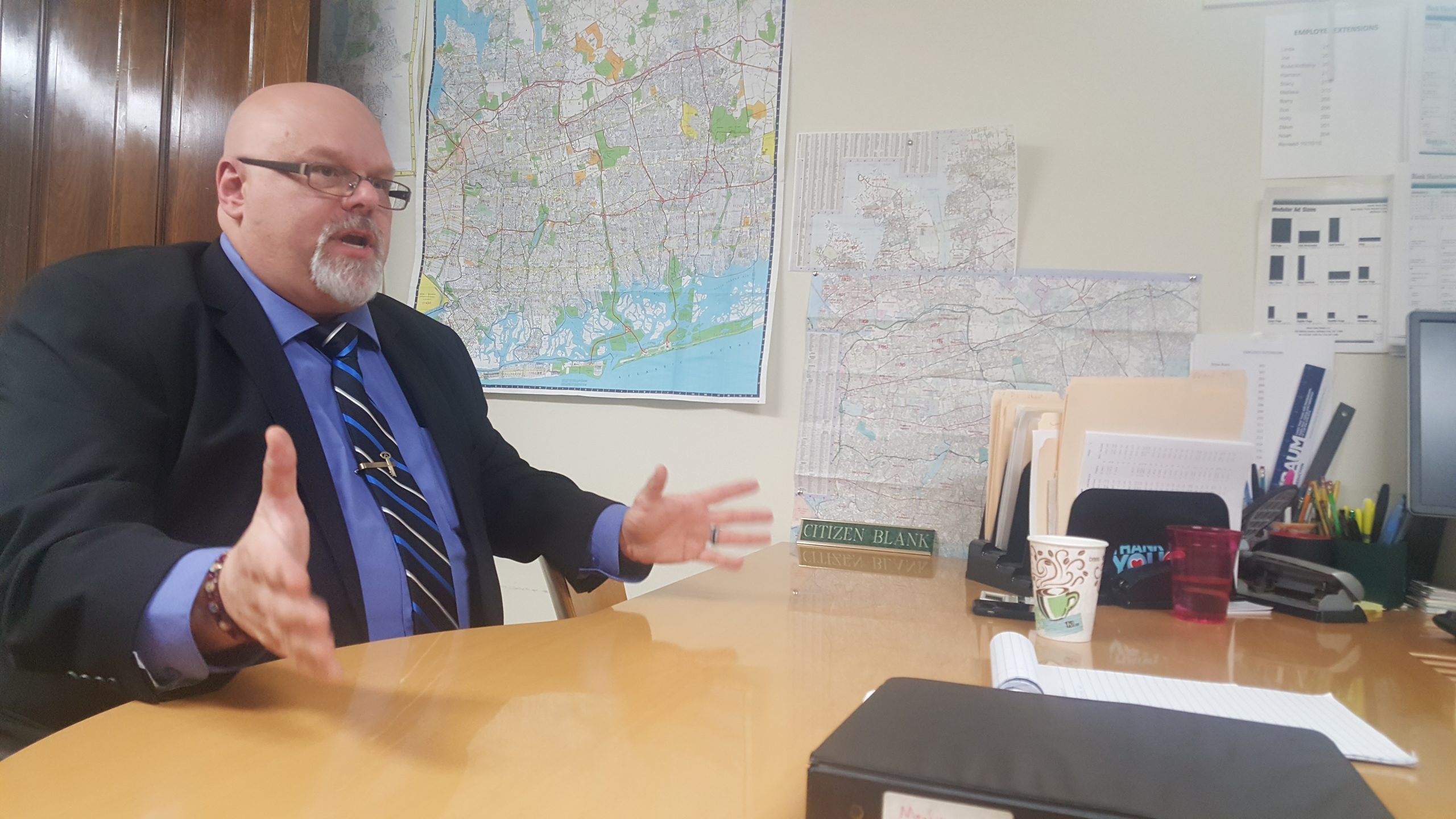 Carl Gerrato said he wants to bring some “common sense” to the Nassau County Legislature.

“Armor [Correctional Health Services] was a big issue, all over the newspapers. The amount of money [renewing Armor’s contract] was going to cost Nassau County was huge,” said Gerrato, a Franklin Square Democrat who has served for 26 years as a county correctional officer. “A simple Google search before entering a contract with them would have sent up red flags. That’s the common sense I’m talking about.”

Gerrato said his history with law enforcement and “not being an attorney” would benefit the county and local taxpayers.

“Lawyers look at things a little differently than someone who’s a blue-collar guy,” he said. “Common sense has left government.”

Gerrato is running for the second time in the Nassau County Legislature District 8 race against Vincent Muscarella, who has held the seat since the legislature was founded in 1996.

“Vinnie is a nice guy. I went to high school with his brother. I know Vinnie very well. I like him personally,” Gerrato said. “I may not agree with some of the decisions he makes, but I’d sit down and have dinner with him.”

Gerrato got 26 percent of the vote in 2015, but said he’s in much better shape in this year’s race.

“Taxes were what everyone was concerned about. Now the issues are right on the front page. It’s the corruption in Nassau County,” Gerrato said. “All of the money and corruption, they’ve all paid for it. They’re just tired of being taken advantage of.”

Republicans did take appropriate measures to combat corruption, Gerrato said. But he said it’s not enough.

“I support the inspector general Madeline Singas proposed. I personally call it an anti-corruption officer because I think it’s more than just contracts,” Gerrato said. “You also have to look at who’s contributing to who. They should not be answering to the county executive.”

Gerrato said he was a Republican for most of his life. He said he became a Democrat when Nassau County Police closed the 5th precinct in 2012.

“I called [Muscarella’s] office because I wanted to know if we were going to have a community meeting to discuss it,” Gerrato said. “I was put on the pay-no-mind list.”

Gerrato said he’s received a particularly well reception in Floral Park and Bellerose areas because he was involved in the No Casino movement.

“Casinos inherently are designed to keep people inside the casinos. Belmont is literally the gateway to Nassau County,” Gerrato said. “It’s the last largest tract of undeveloped Nassau County. Anything that goes there needs to be sustainable 12 months a year and bring people into also shop and eat in the community. A casino does not do that.”

The land would also not have been suitable as the New York Cosmos Stadium, a 25,000-seat soccer-specific stadium and multipurpose facility proposed in 2013, Gerrato said.

“Why would you put an open-air stadium in New York?” Gerrato said. “I’m an Islanders fan. I think they belong in the Coliseum. However, if they’re going to build an enclosed arena, we can do other things throughout the year.”

Gerrato said he supports an independent commission to re-draw district lines before the next election. District 8 encompasses portions of West Hempstead, Floral Park, Franklin Square and Elmont, Gerrato said. The only community completely within Gerrato’s district is the Village of Stewart Manor.

“Gerrymandering is absolutely inappropriate. Nobody is getting fair representation. People that live in there get confused on who their representative is,” Gerrato said. “And I don’t think it’s fair to the representative to be able to take care of those communities effectively. They’re so disjointed.”

The Nassau County Interim Finance Authority, which monitors and oversees county’s finances and approves all its budgets, has said that the county can’t count bond premiums used to cover operating expenses as revenue when balancing its budget — which would cause the county’s projected 2018 budget not to show a deficit of $50 million.

Gerrato said he agreed with NIFA’s conclusion about bond premiums.

“Nobody with good accounting principles would make the borrowing of money anything other than an expense. It makes no common sense,” Gerrato said. “When I do my checkbook, and I have a loan, it’s an expense. If you have $10 million extra of borrowed dollars you don’t have a $10 million surplus. You have to pay it back.”

However, Gerrato said he thinks the NIFA estimate is conservative, which he said could have been avoided if the county had sought better communication with NIFA.

“NIFA is there and [the county] has made them an adversary,” Gerrato said. “The fastest way to get NIFA moving out is to have more conclusive conversation with them. We know they’re here. We can’t just disregard them. We have to include them before we do things.”

Gerrato said that, as a correction officer married to a clinical social worker, the opioid epidemic is another county problem he wants to tackle.

“Addiction is not a crime. It’s a health issue. Jail does not solve drug addiction,” Gerrato said. “If someone overdoses, they need to know they have support the moment they’re coherent, not after they’ve been arraigned.”

The first person addicts should meet with once stable is a social worker, Gerrato said. People who receive Narcan after an overdose then overdose again when released from the hospital because it’s still in their system.

“Let’s give them a little time to meet with someone,” Gerrato said. “The hospital or the Department of Mental Health should have something where the family can go to learn what to look for when someone has an opioid addiction.”

Gerrato said Muscarella has accomplished a lot for Nassau County but that the county is “at a crossroads.”

“Vinnie is a great guy. But new ideas are important right now. We have developments going up, fiscal issues and corruption issues,” Gerrato said. “We need a common sense approach, not a legalese approach.” 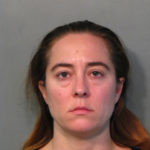