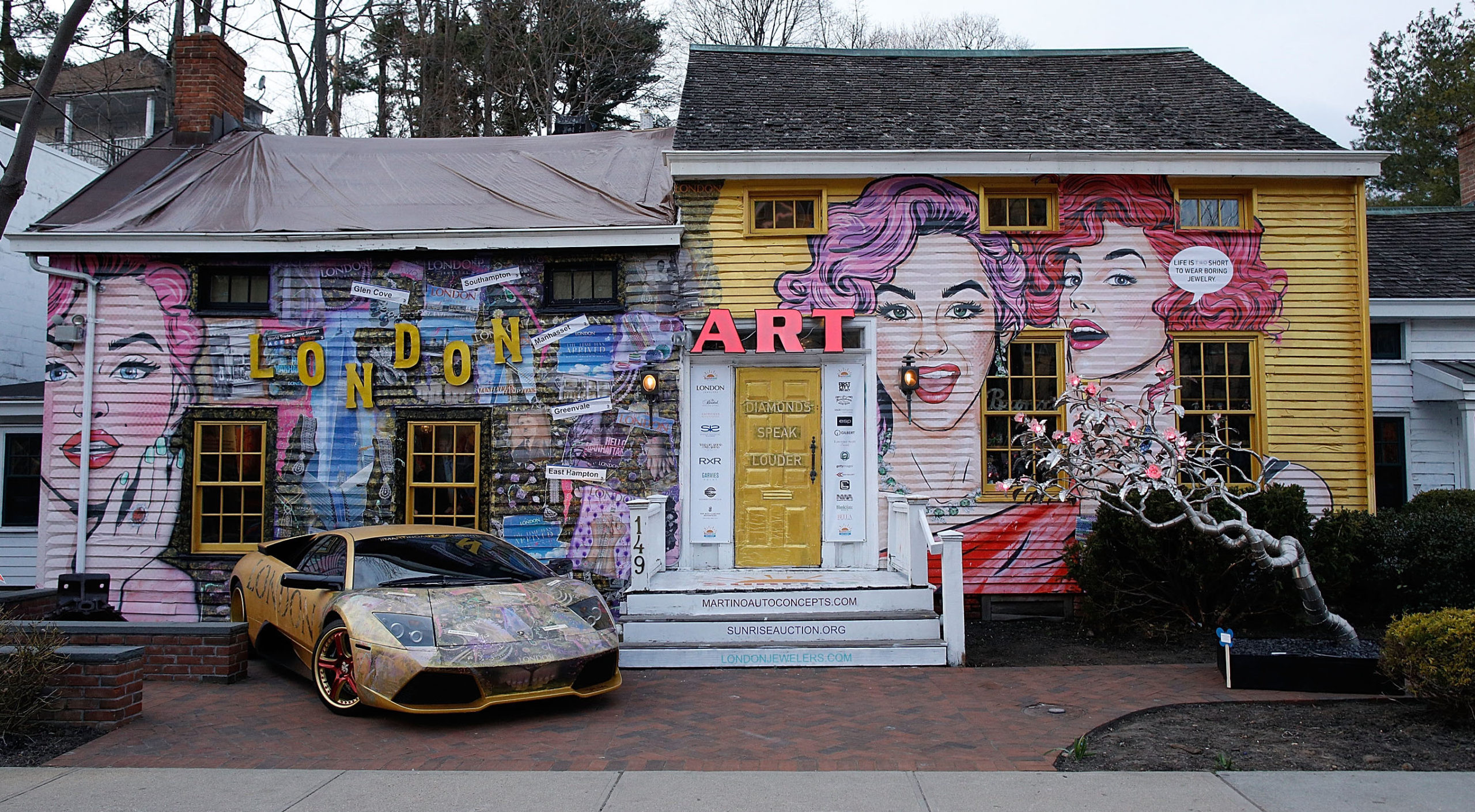 First City Project in Glen Cove hosted a fundraiser auction for Sunrise Day Camp and will host an open house on Saturday. (Photo by Lars Niki/Getty Images for Sunrise Association)

A historic North Shore home has been transformed into a colorful art exhibit and fundraising spot for one day only.

The mansion, which hosted a private event on April 12, will be open to the public from noon to 7 p.m. Saturday for a Sunrise Day Camp of Long Island fundraiser.

The house, which dates back to 1810, was under renovations before LaPadula decided to turn the antique home into a living museum.

“I wasn’t sure what I was going to do with the space,” LaPadula said. “I was really involved with the art community and I got the crazy idea to start having artists come in and bomb the walls. One thing led to another, and now we’ve had 200 artists from around the world.”

Sunrise Association board member David Miller of Roslyn said the fundraiser is to help children with cancer and their siblings enjoy the summer camp experience in a judgment-free zone for free.

“It costs $6,000 per child to go for the summer, so the money we’re raising from this event as well as the art on SunriseAuction.org and our May 3 event all goes directly toward helping send kids to our Long Island camp, which had about 650 kids registered last summer,” Miller said.

During the event, residents will be allowed to walk through the home for the third time since its inception. It has been painted inside and out by more than 200 urban artists, including Jeremy Penn, Crash, Lasso, SacSix, Bradley Theodore and Najee.

Miller said 35 vendors selling vintage clothing, sneakers, custom furniture, jewelry and more will be at the event as well as a number of food trucks, including Korilla BBQ, which was featured on Food Network’s “Food Truck Wars.”

LaPadula, along with 19-year-old artist Brandon Aviles of Glen Cove, transformed the exterior of the First City Project house as well as a Lamborghini Murcielago into an artistic representation of the London Jewelers brand.

The design celebrates the history of London Jewelers, whose first store is located around the corner from the First City Project house.

A longtime supporter of Sunrise Day Camp, London Jewelers designed a line of butterfly necklaces in support of the campers.

Event attendees at the private event had the opportunity to view and bid on an impressive collection of pieces from leading artists to benefit Sunrise Day Camp including Allison Eden, Kenny Scharf, Keith Haring, Jack Laroux, Scooter LaForge, Elizabeth Jordan and Retna.

The auction has already raised more than $50,000, Miller said.

The First City Project events kick off a month of fundraising leading to the Friends of Sunrise Cocktail Party and Auction on May 3 at Glen Cove Country Club.

The event will honor Jan and Renée Burman, Steven Krieger and The Bristal Assisted Living Communities with the Community Partner Award as well as Max Miller of Roslyn with the Sunrise Youth Leadership Award.

For more information on these events, call Kristina Curatolo at 516-634-4171 or email her at [email protected]. 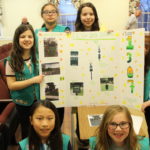 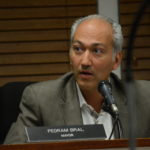