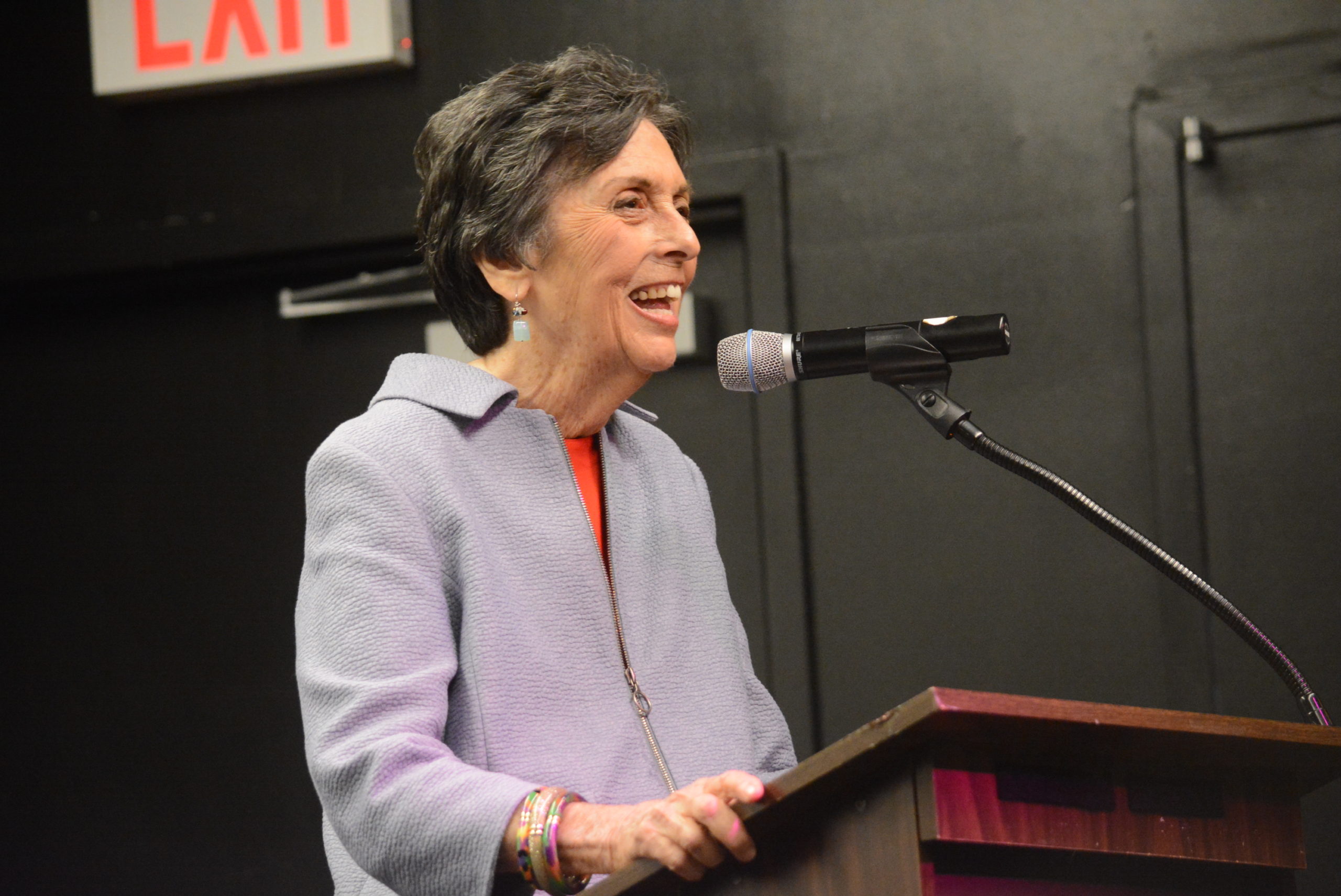 Francine Klagsbrun, the author of "Lioness: Golda Mier and the Nation of Israel," came to the Gold Coast Arts Center to speak about Israel's fourth prime minister. (Photo by Janelle Clausen)

Several dozen people attended a celebration of Israel’s 70 years of existence at the Gold Coast Arts Center last Thursday, with author Francine Klagsbrun telling the story of its fourth prime minister and the nation she helped found.

The event, co-hosted by the Gold Coast Arts Center and state Sen. Elaine Phillips, featured a question and answer session and book signing with Klagsbrun, the award-winning author of “Lioness: Golda Meir and the Nation of Israel,” as well as an art exhibition and samples of Israeli cuisine.

“Tonight we celebrate,” Phillips said. “We celebrate the 70th anniversary of the state of Israel and we recognize the remarkable achievements that they’ve had over the last seven decades – achievements in the arts, music, food, literature, and that is what tonight is about.”

Klagsbrun described Meir as one of the founders of the state and a woman of both power and contradictions, carrying both “insider” and “outsider” status in her time in politics.

She outlined her beginnings in tsarist Russia, moving to America in 1906, and growing up in socialist Milwaukee before moving to Palestine in 1921 with her first husband.

She eventually secured the attention of David Ben-Gurion, the founding father of Israel, and was entrusted with fundraising in 1948 – her straightforward, passionate speech at a Chicago luncheon sparking a donation tour with the UJA so the nation of Israel could afford to defend itself.

In total, Meir raised over $50 million – which would be worth more than half a billion dollars today.

“And Ben-Gurion said that someday when history will be written, it will be said there was a woman who raised the money that made the state of Israel possible,” Klagsbrun said.

Meir served as the minister of labor and foreign minister in the 1950s and 1960s, before becoming Israel’s fourth prime minister.

In that time she led the passage of the National Insurance Act, the basis of the social security system there and led housing affairs for people coming to the young state of Israel.

Meir was elected to serve as the nation’s first woman prime minister in 1969 and served until 1974. She negotiated with Henry Kissinger and led the country through the 1973 Yom Kippur War.

Klagsbrun said Meir had actually sensed war would happen despite being told there was only a small chance of being attacked. But, she said, Meir helped hold the country together and made many important military decisions before resigning.

“Golda never forgave herself for having listened to her generals. She said, ‘All my life, I followed my own intuition and when it really mattered, I listened to somebody else,” Klagsbrun said.

Klagsbrun said that while an editor raised the idea of a biography of Golda Meir, she found the woman to ultimately be “fascinating” enough to dedicate 10 years to detailing her  strengths, weaknesses, origins and accomplishments.

“She was just a very determined woman, she knew what she wanted, she knew where she was going, and she had an ability to cut through a lot of junk, a lot of hard stuff, a lot of doubletalk, and to get to the point,” Klagsbrun said. 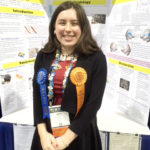