The Gold Coast International Film Festival will offer an array of films touching on everything from baseball in Israel to a humorous twist on chronic back pain.

More than 80 movies will be offered over 10 days in the Soundview Cinema of Port Washington and the Bowtie theaters in Manhasset, Roslyn and Great Neck, according to the festival’s website, along with special guests and talks after certain films.

There will be dozens of documentaries, foreign films from 22 countries, dramas, family programs, comedies and short films ranging from four to 30 minutes each.

Caroline Sorokoff, the festival director, said it will feature award-winning movies and include dramas that are making premieres either on Long Island or New York.

But what stands out in particular this year is the sheer number of visits and question and answer sessions with people involved in the film industry, Sorokoff said.

“It’s really all about great films you can’t see anywhere else and insider Q&As,” Sorokoff said. “That’s really why people come to us and why people have been calling us already asking, ‘When’s the schedule going to be released?’”

The Gold Coast International Film Festival will launch with a night of Beatlemania on Friday, Nov. 2, at 7 p.m. in the Bowtie Great Neck Squire Cinemas.

Another of the films on the schedule is “Bathtubs over Broadway,” a documentary focusing on so-called Broadway-style “industrial musicals” and “Late Show with David Letterman” comedy writer Steve Young’s journey through a world of corporate song and dance.

Young will be available for a Q&A session after the film, which will play on Saturday, Nov. 10, at 7 p.m. in Port Washington’s Soundview Cinema.

There will also be an underdog sports story, “Heading Home: The Tale of Team Israel,” making its Long Island premiere on Sunday, Nov. 11, at 4:30 p.m. at the Bowtie Great Neck Squire Cinemas and a visit from Jeremy Newberger, one of its directors.

The film chronicles Israel’s national baseball team’s unexpected victory at the 2017 World Baseball Classic, its battles against other national teams, and explorations of the team members’ Jewish identities.

Another film set to premiere on Long Island is “Yellow Is Forbidden,” which follows Chinese designer Guo Pei and captures her rise to the international scene as she faces challenges from various forces like tradition, prejudice and the pressure China’s economic rise puts on artists.

“Diane,” deemed the best narrative film at the Tribeca Film Festival and produced by Martin Scorsese, will also be shown at the Soundview Cinema in Port Washington on Thursday, Nov. 8, at 7:30 p.m.

The event will also feature a Q&A with Matt Prigge, a New York University professor and film critic, who worked as film editor for Metro and written for publications like The Village Voice, Philadelphia Weekly and Nashville Scene.

Sorokoff also highlighted Making Memories, a special program for people with memory loss and their caregivers, which will include clips from military themed films and a sing-along led by musician Roberta Fabiano.

There will also be a set of family film days, including on Monday, Nov. 12, starting at 12:30 p.m. at the Gold Coast Arts Center with handpicked films for a family audience, Sorokoff said.

“Song of Back and Neck,” a romantic comedy, tells the tale of Fred, a paralegal who suffers from immobilizing back pain. He meets a client going through divorce proceedings – which not only sparks a romance, but unconventional acupuncture treatment for his back.

Paul Lieberstein, the director, producer and screenwriter of the film, will appear via Skype from Los Angeles to field questions from audience members at the film’s screening at the Soundview Cinema in Port Washington on Saturday, Nov. 10, at 7:30 p.m.

Sorokoff also said the film “Happy,” which documents how people around the world find happiness despite their living conditions, as well as the panel featuring Katz Institute for Women’s Health experts and Roko Belic, the film’s director, is particularly relevant for today.

The film will be shown on Sunday, Nov. 11, at 11 a.m. in the Soundview Cinema of Port Washington.

“It’s just kind of a nice way to remind people to take a step back and take care of themselves,” Sorokoff said.

A full list of offerings can be found at the Gold Coast International Film Festival’s website. Tickets are now on sale. 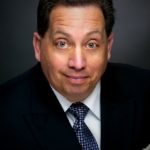 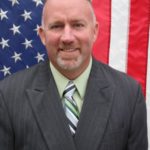