Republican officials have filed a lawsuit in the state Supreme Court claiming the newly-drawn congressional districts were gerrymandered. (Courtesy of New York state's Task Force on Demographic Research and Reapportionment)

Following the approval of new congressional maps by state legislators last week, a Republican-led group filed a lawsuit claiming the Democrats gerrymandered the districts to retain control of the House.

The lawsuit was filed last week in state Supreme Court in Steuben County, a predominantly Republican area, and claims that the newly drawn lines violated a 2014 amendment in the state constitution aimed at preventing party favoritism when redistricting.

The plaintiffs, 14 Republican officials, are represented by attorneys Misha Tseytlin and George Winner Jr. Winner previously served as a Republican state legislator for three decades. Political experts have suggested the Democrats could gain as many as three congressional seats with the newly drawn lines that were approved by Gov. Kathy Hochul last week.

Hochul previously signed legislation that required county redistricting to follow guidelines that aim to promote fairness and not favor parties.

The legislation states that district lines must consist of contiguous territory, be drawn nearly equal in population as is practicable, promote orderly and efficient election administration and not be drawn with the intent to deter certain minority groups from participating in elections.

“As bad actors across the country work to undermine public faith in our electoral institutions, the importance of clear and uniform rules to govern political representation has never been more critical,” Hochul said. “This law will ensure the entirety of our state is governed by rules that are derived directly from the federal and state constitutions and ensure the right to equal participation in our political process.”

According to the newly drawn lines, the 3rd Congressional District will include several areas in Westchester County and the Bronx along with Manhasset, Roslyn, Port Washington, Great Neck,  Floral Park, and Whitestone, Queens, among other areas, and stretches to Kings Park in Suffolk County.

Melanie D’Arrigo, a candidate for the Democratic nomination in the district, criticized the layout of the new district in a statement and claimed the proposed lines are an example of “extreme” gerrymandering.

D’Arrigo, a Port Washington resident, ran against U.S. Rep. Tom Suozzi (D-Glen Cove) in 2020, ultimately losing. D’Arrigo said voters should not be used as “political pawns,” advocating for “real representation” in each district in the state.

Nassau County’s redistricting process is set to begin next month, with the establishment  of an advisory commission tasked with drawing new lines that can be submitted to the Legislature. The membership, according to the county charter, consists of 11 unpaid members, five of whom are appointed by the presiding officer, five by the minority leader and one nonvoting member appointed by the county executive.

The county has a May 7 deadline to establish the committee so it can make recommendations to the County Legislature for how the 19 districts should be ordered ahead of Jan. 1. 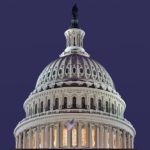